As you may have noticed, our eats policy is that not every vegan meal has to be super healthy although many are. Many vegans like a lot of the same things that omnivores do but are willing to make sacrifices for the sake of the planet or animal rights or whatever other reason led them down the plant based path. I didn't give up fried chicken because I didn't like it, so if someone is making it without all the harm, I am down to give it a try! 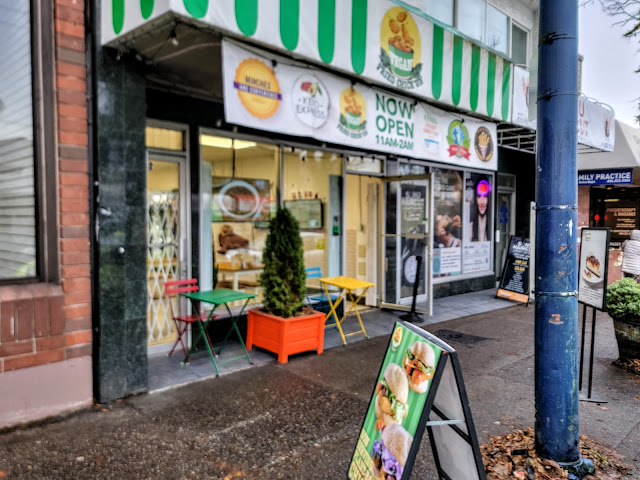 Located on Fraser street near East 43rd (sorry for the fuzzy photo. Not sure what happened there) we showed up at 1ish on Saturday and sat at one of 3 tables (like a lot places, much of their business tends to be take out these days.). Also, like a lot of places, they seem to be short of this and that so our menu choices were slightly (but not critically) limited. 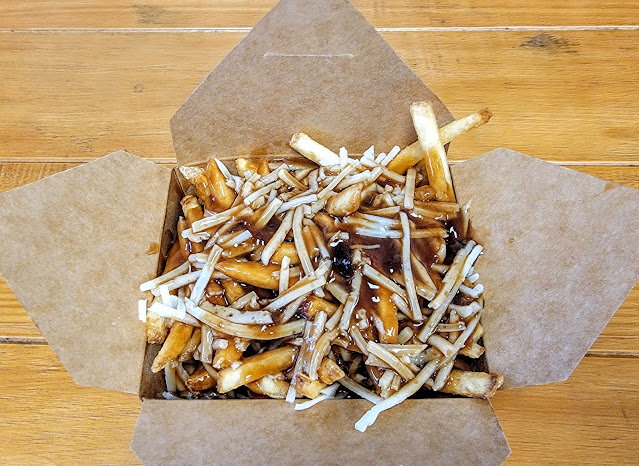 We decided to start with their Classic Poutine. I bitch, any chance I get, about poutine being called "Canada's National Dish" but on a vegan menu, its a little less offensive! This was not bad! Mharie liked the fries as they had some crispiness going on and the gravy was good too! The cheese needed to be a little meltier and I'm not sure what the solution is to that problem. Some  vegan cheeses don't melt well. We tested some leftover in the microwave oven at home and this cheese melted very well but the microwave destroyed the fries of course. Should they have a broiler to run this under for a few seconds? 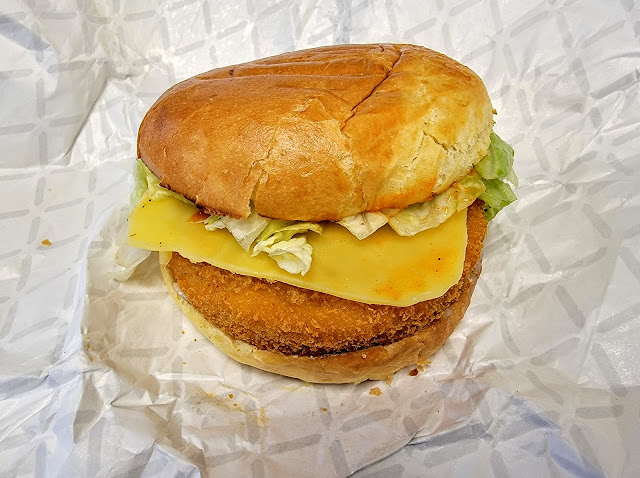 Next up was the Buffalo Jalapeno Crispy Chick'un Sandwich. Again, you can see from the photo that un melty cheese is a problem. And again I ask, might a broiler be the answer? Or even a toaster oven? I was alarmed that this arrived looking not very Buffalo but I was wrong about that! It was plenty spicy! With some pickles (ordered extra) and the jalapenos, it turned out to be a pretty good sandwich! The bun and the chick'un were both quite good! Nicely done! Just try to work on the melting cheese thing! 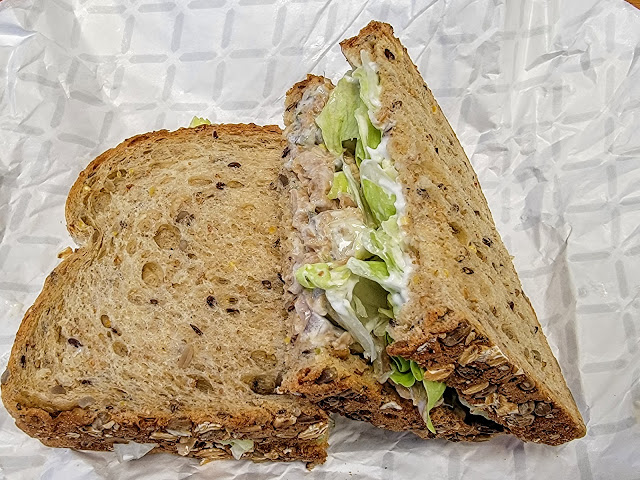 Another interesting thing that we ordered was Pol's Original Pulled Chick'un Sandwich. Described as a cold Filipino style soy free chick'un salad sandwich. I'm not sure who Pol is, what makes it Filipino style or what the chick'un is made of but it is a really good sandwich! Creamy with vegan mayo and a little crunchy lettuce, this is another nice one, you guys! 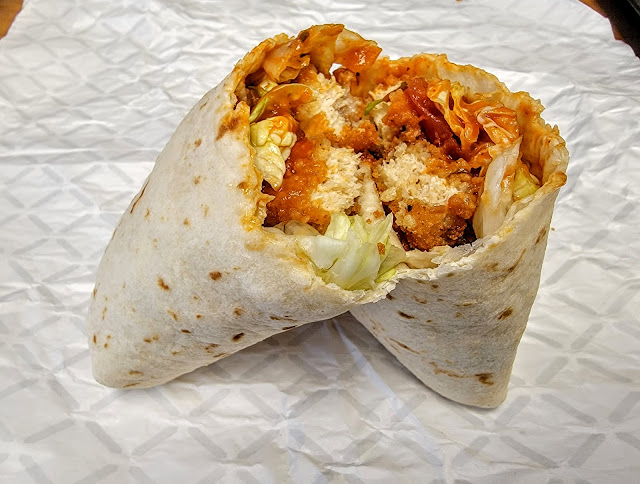 We also tried the Butter Chick'un Crispy Wrap. This was tasty enough and even a littler spicy but we have had more buttery vegan butter chick'un. Still a pretty good wrap with a little crispy and a little spicy! 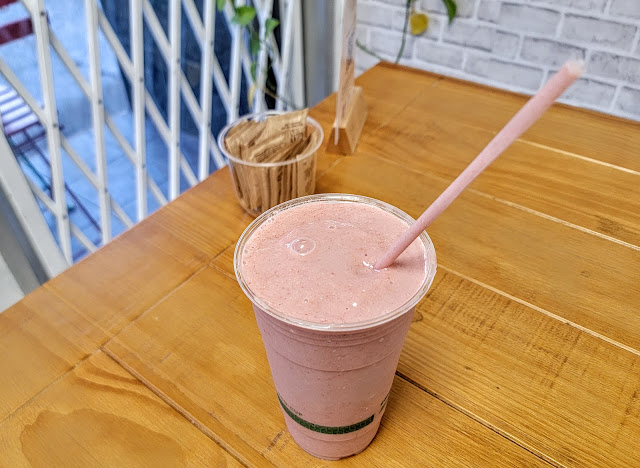 Finally, we had a Strawberry Oatmilk Shake. Really, this was more of a smoothie but that was OK with us. A few frozen strawberries and some nice body made this thick and rich! 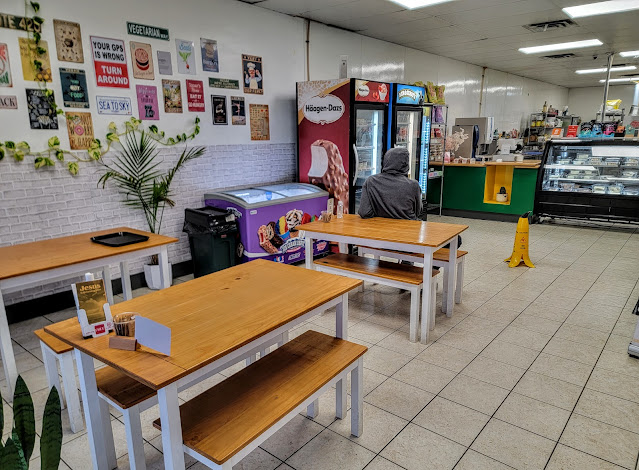