Henderson Place Mall lives in the shadow of the much larger Coquitlam Centre Mall across the street. We visited on a dreary Saturday and while the CCM was packed with masses of humans desperate to be out of the house, but leary of getting rained on in a park somewhere, we visited the vastly less crowded but somehow much more interesting HPM just across the street. Our first nice surprise was that the underground parking was convenient, uncrowded and complimentary for 4 hours, an unusually pleasant experience for an Asian Mall. The anchor tenant here is the very good New Pacific Supermarket and not a Bay or even a London Drugs but we are here for the food. 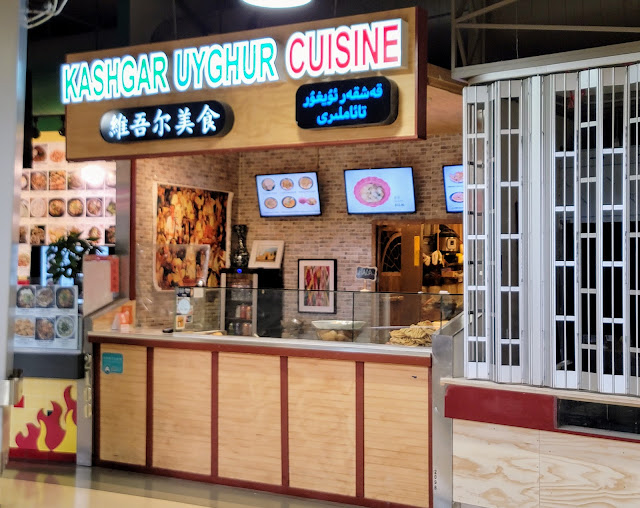 On this particular day, the main draw for us was Kashgar Uyghur Cuisine. A Google search of Uyghur Cuisine in Metro Vancouver elicits very few responses but this is one of them. The Uyghur people are generally a Turkik people, many of whom live in Western China. There are they are currently in the news because of their suffering at the hands of the shitty Chinese government for following their religion, Islam. Of course, the government denied the existence of concentration camps right up until denial was impossible (and of course, the 2 Michaels had nothing to do with Meng Wanzhou) but we're only here for the food, right? 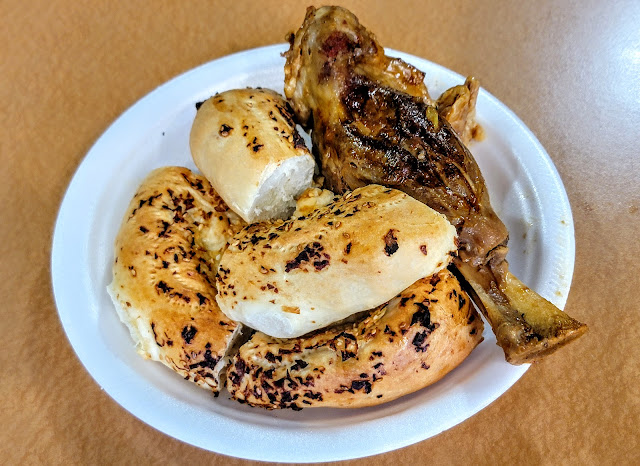 The menu here is lamb heavy and we decided to try the Shank combo with Naan and Lamb Soup. The shank itself was ridiculously tender and basically fell apart. Amazing! The naan, on the other hand, was a bit on the bready side but we dipped it in the soup (the lamb shank meat ended up in the soup too) which is definitely the strategy that I recommend. 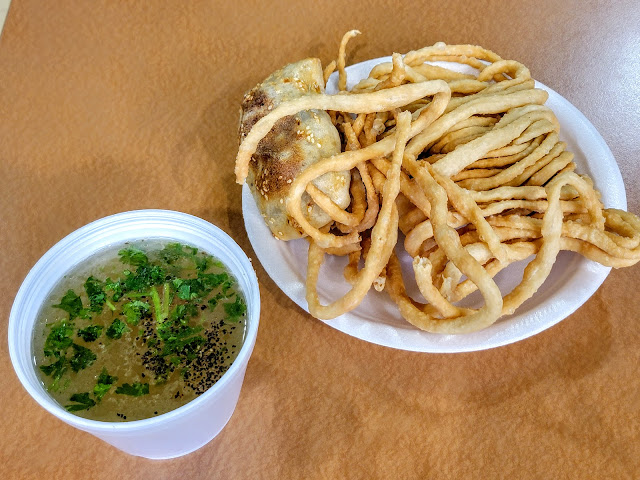 The soup was clear, rich and beautifully flavoured. Also, we tried Sangza (a tasty deep-fried noodle affair)  and Samsa (a lamb meat pie) both Uyghur treats that we had never tried before. Additionally, they offer stir-fried noodles, salad and at least one chicken dish (if you're not a fan of lamb) and other things. Don't miss out on a chance to try this unique cuisine, all prepared by a gentleman who with his family came here from western China in the early 2000s. It could not be more authentic. 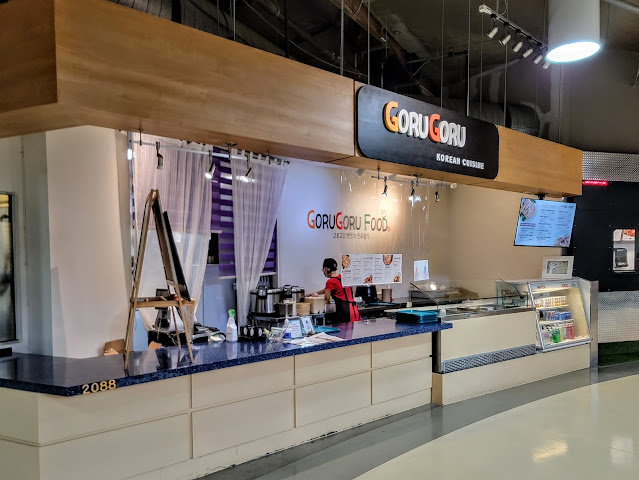 There are at least 3 or 4 stalls specializing in Korean or Korean fusion cuisine. We never miss a chance to have Korean Pork Neck Bone Soup like they had at Goru Goru Food. 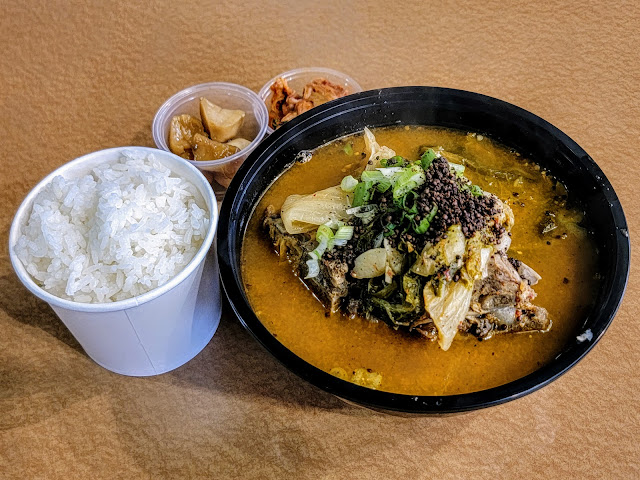 This was a wonderfully rich soup with at least 2 or 3 neck bones which require a serious hands-on effort to get to the tender meat. Get plenty of napkins! I have become a real fan of the nutty perilla seeds that typically adorn this soup. Served with rice and banchan, this was a very good daily special at about $16 (?). 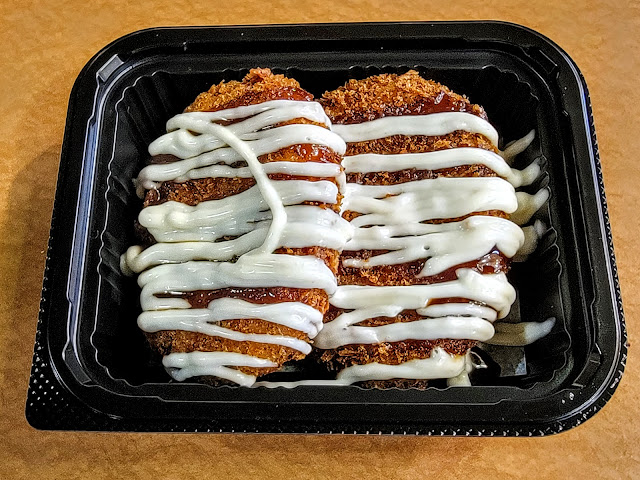 Admittedly, the Croquettes are just mashed potatoes, coated with panko and deep fried but I love them! Topped with mayo and tonkatsu sauce, these arrived hot and crispy! 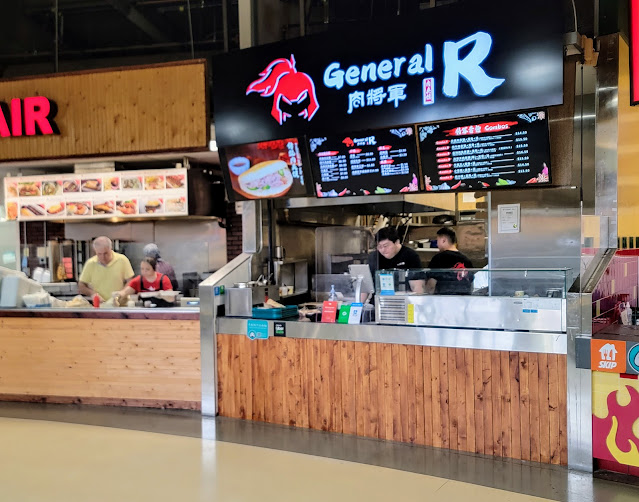 General R has a menu that would be worth exploring in more detail. They serve a few soups, and dragon bones (not sure but I am going to go ahead and assume chicken here) but specialize in Asian-style burgers. 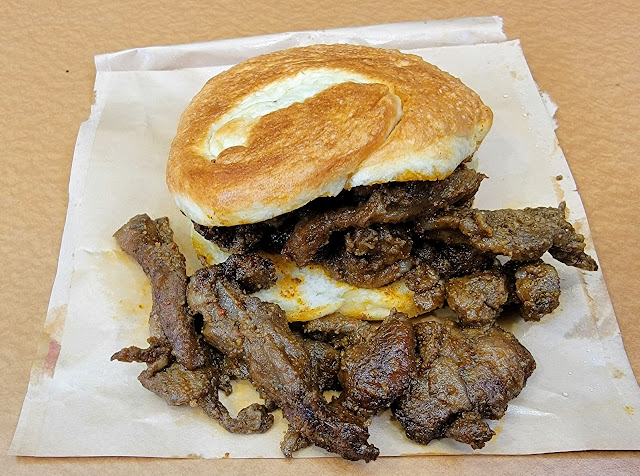 I will say that this is one of the best Cumin Lamb Burgers that we have had. The bun was excellent and must be made in-house. There was a generous amount of lamb (to be honest some pieces were a little tough) that was very flavourful and only $10. 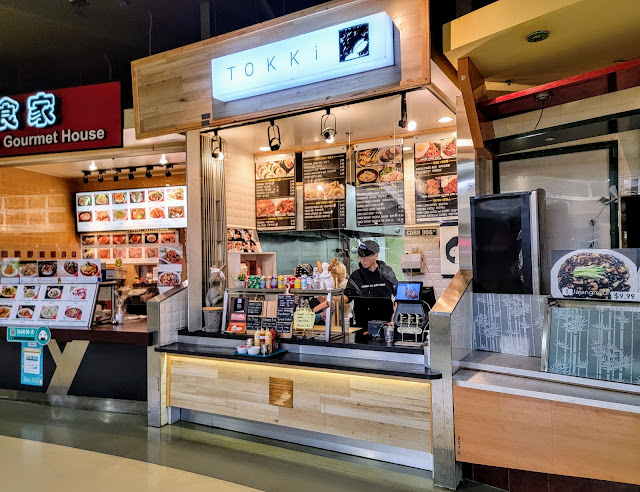 Finally, as I had promised Mharie that I would get something deep-fried, we picked up a couple of snacks from Tokki. 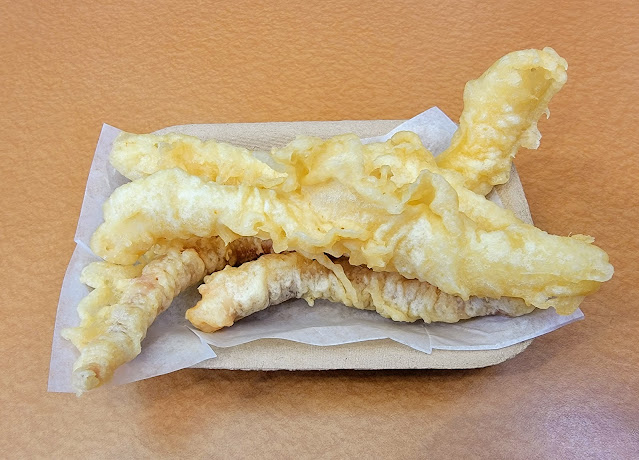 The Deep-Fried  Squid was a little different from what we usually see. The long strips were tender enough and the batter was tasty and crispy. It came with vinegar for dipping. Make sure to bite through the squid to avoid dragging the batter off! 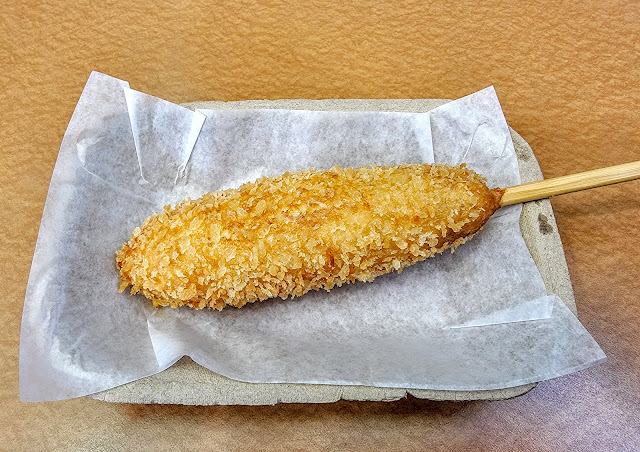 I also got a Cheese Corn Dog which was pretty decent! They have mustard and all sorts of condiments available. Tokki is not just snacks but has some more substantial dishes as well. 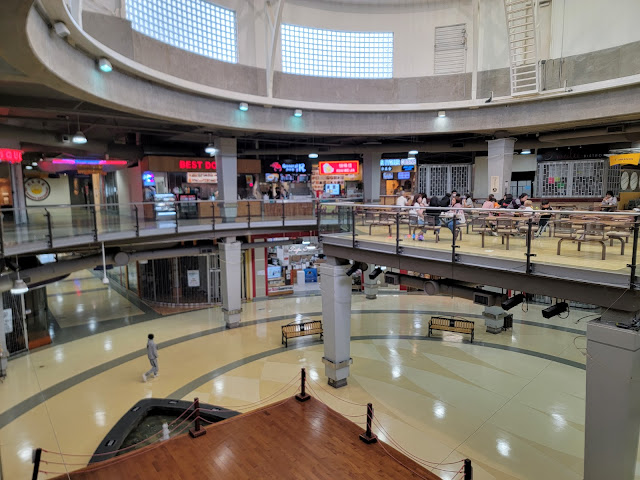 A few years ago, we visited Seoul Truck Street Food and posted on Zomato before I realized that platform would just crap out. STSF was a great place for KFC and other snacks. There are probably a dozen food court stalls here as well as a few notable restaurants in the mall. The Asian grocery store also has prepared foods and very good prices on vegetables etc., from what we saw.
HPM is such a better option than CCM when it comes to food court eats. Always seek out hidden gems like this place instead of automatically following the masses.
Food             4 1/ out of 5
Comfort        4 out of 5
Service         4 out of 5
Value            4 1/2 out of 5
By Yes! We're Eating Vegan Again! at June 20, 2022
Email ThisBlogThis!Share to TwitterShare to FacebookShare to Pinterest