There are enough menu items marked vegan at Bandra Cafe that people who don't want to eat animals or animal products can dine in without being content with french fries or salad! A lot of Indian food is vegetarian but omitting butter and cheese ( to make things vegan) is not as easy as one might assume. It takes an effort to make Indian food vegan! So we finally made it to Bandra and enjoyed the owner's friendliness and the whimsical decor of this casual eatery. 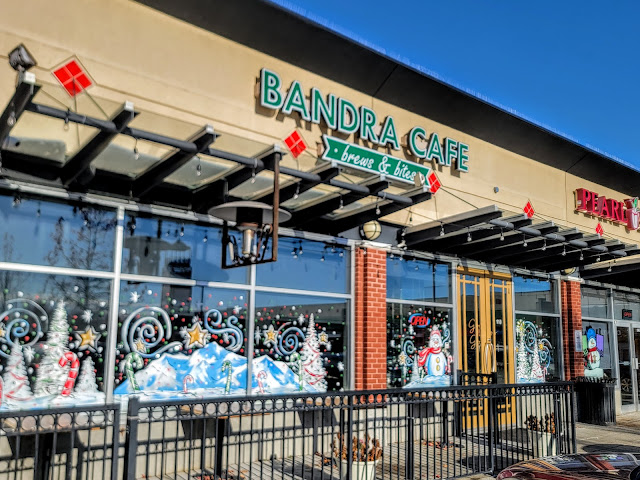 Located at the west end of Strawberry Hills Shopping Centre (Scott Road and 72nd Ave., Surrey), we arrived Saturday at 1ish and were able to get a table right away. It was not long before the owner (or one of the partners) checked on us to make sure we were being looked after (which we were). He told us a little about Bandra (at our prompting), a part of greater Mumbai and where this project originated. 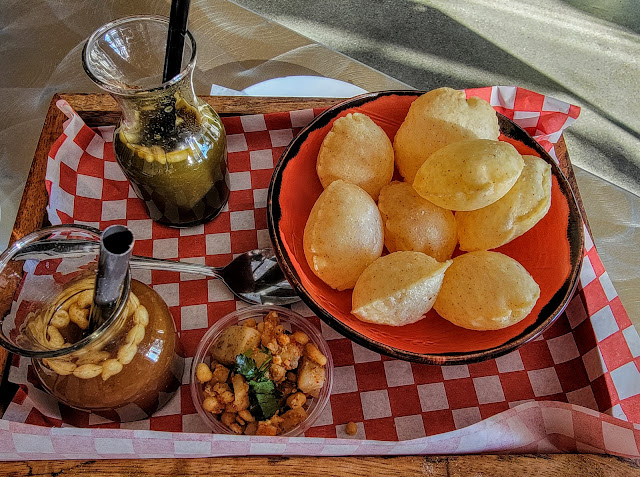 We started with Elco Pani Puri. We have had this Indian treat before but this is the Bandra street food version. It's sort of a fun dish as you first crack the top of the pastry balls and then add filling and sauce. A little bit spicy or a little bit sweet and a little messy, depending on how you assemble it, this is a light tasty way to start a meal. 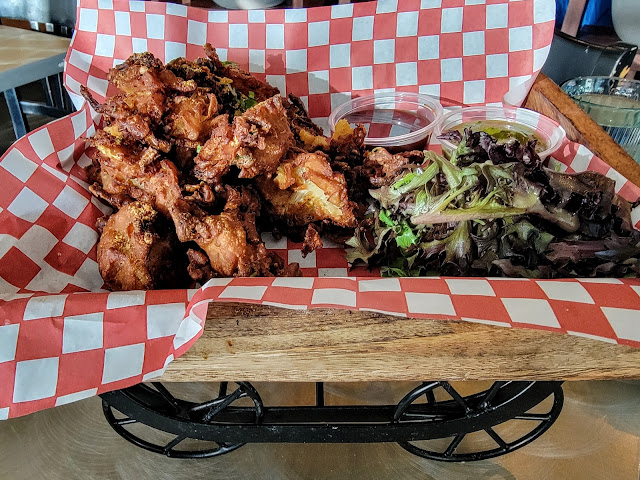 Next up was Khanda Bhajiya which was the second dish to come on this little cart that I photographed so poorly. It does show again, some whimsey in that a dish would have been fine but if you can use something with wheels, why not? These were crispy and substantial considering they are basically vegetable fritters. They came with a nice chutney and some sweet tamarind sauce. Very nice! 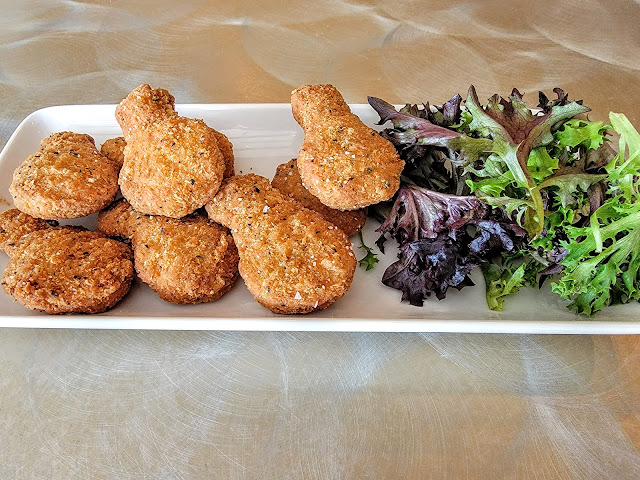 The Salt and Pepper Wings are made from soya chaap which is ridiculously like chicken. The texture and tear-apart quality made us question whether we were being bad vegans! Hot, crispy and salty is what we had hoped for and what was served! After lunch, we went next door to the Chula Freshco and got soya chaap, which surprisingly comes in a can in brine, as it warrants further exploration. 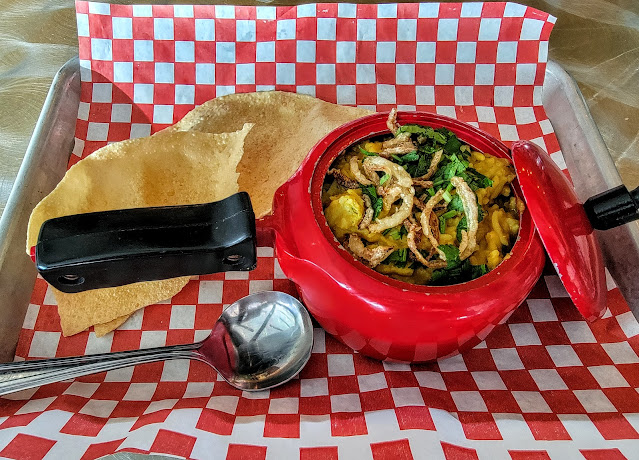 I think that this is Dal Khichdi (our menu with the vegan items marked is different in the restaurant than the online version). It was similar to the curried lentils that I practically live on at home from day to day but with some serious upgrading. Served with papadam, some fried onions and coriander, it was a warming and satisfying dish. 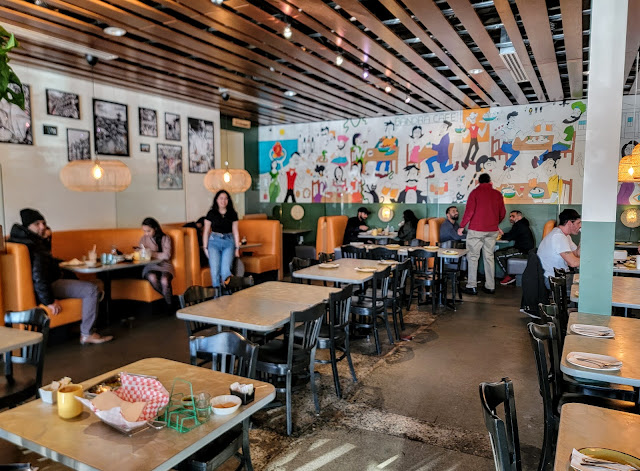