I was told that Jinya Ramen Bar now has vegan options and sure enough, the menu highlights (rather than just an afterthought) 3 separate and delicious-looking bowls! With great excitement, we chose to try these before the Canucks game on Saturday. Upon arriving, we learned that no vegan ramen was available that day! Imagine if they had run out of pork broth and only had vegan ramen that day! Would there be a riot? Fortunately, most vegans support a more peaceful lifestyle, so we decided to look elsewhere for our dinner rather than make a fuss. I'm just saying that it might be worthwhile to phone ahead if you want plant-based ramen from Jinya. 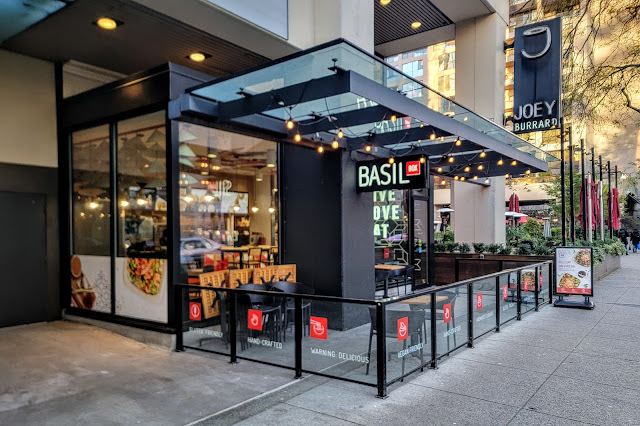 Fortunately, Basil Box was not far away just south of Robson on Burrard. Admittedly, BB was not even on my radar but when I google "vegan near me" it came up as very vegan-friendly. 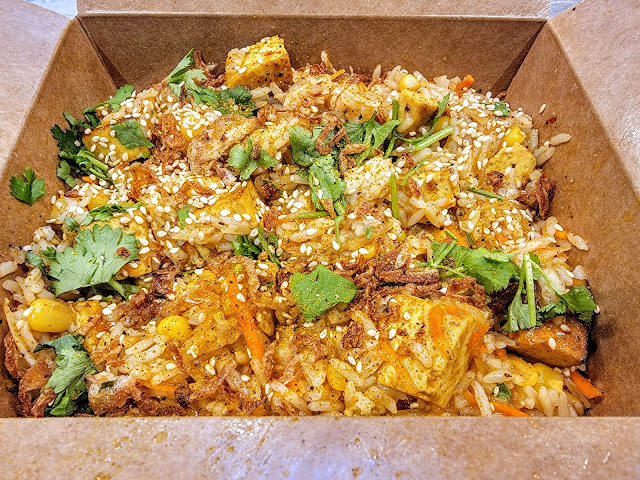 The menu at Basil Box is short and sweet but with lots of options to customize. They offer a vegan soup but were out of it that day (some sort of carnivorous conspiracy?). So we ordered 3 of their Signature Boxes. The first was Thai Sweet and Sour Rice and we chose tofu as our protein. This was a very tasty bowl and there was pineapple, corn, cilantro and a few other toppings that made us happy. 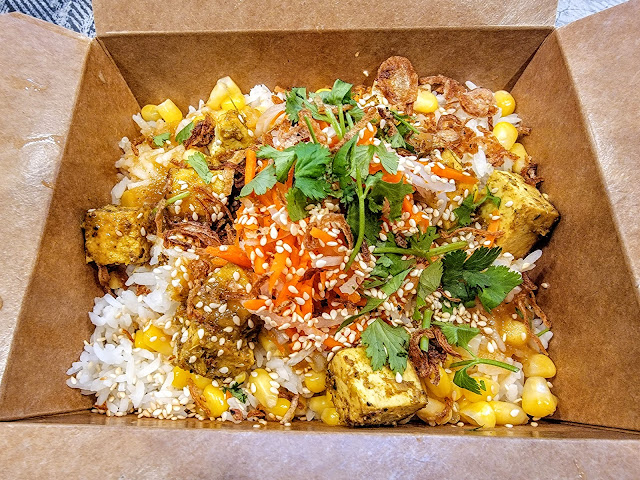 Next up was the Pad Thai, again with tofu but oddly served with rice instead of noodles. I wasn't paying enough attention and it was delicious but it kind of contributed to our rice-tofu overdose on the day. Of course, pad Thai noodles are rice noodles anyway so really no harm/no foul. Lots of corn and peanuts on top so we're not complaining. 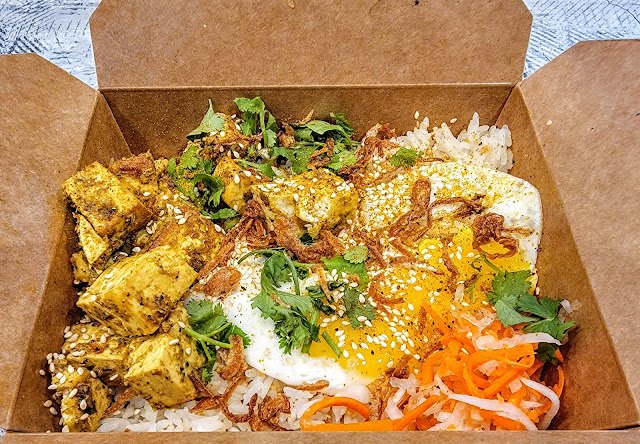 Finally, we had Garlic Rice Silog again with tofu. At this point, I began to suspect that our Basil Box has gone rogue. I don't see this offered on the website or even any of the take-out services. Also, I am stupid and should have known that a silog comes with egg (being a Filipino breakfast). Fortunately, my wife is not fanatically vegan and enjoyed her Filipino breakfast. The garlic rice was very good, btw. 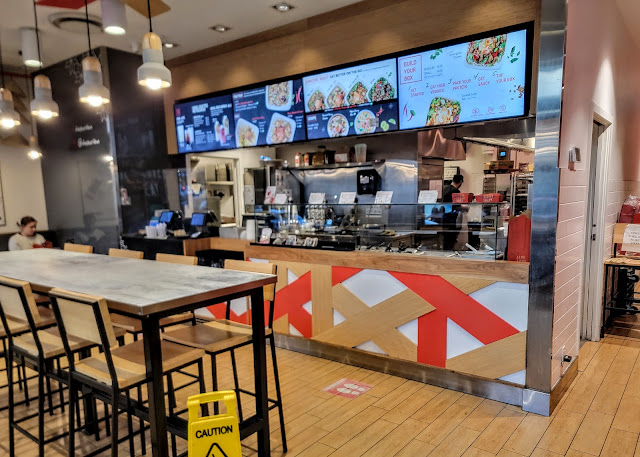