Only a few short months ago I wouldn't have considered reviewing pizza unless it came out of a woodburning oven...or featured Buffalo Mozzarella and San Marzano Tomatoes. Now, a vegan option has become a great thing to me, especially if it is close to home! Although Dominos used to be my lazy Friday go-to, it is Panago that has stepped up to the plant-based plate. 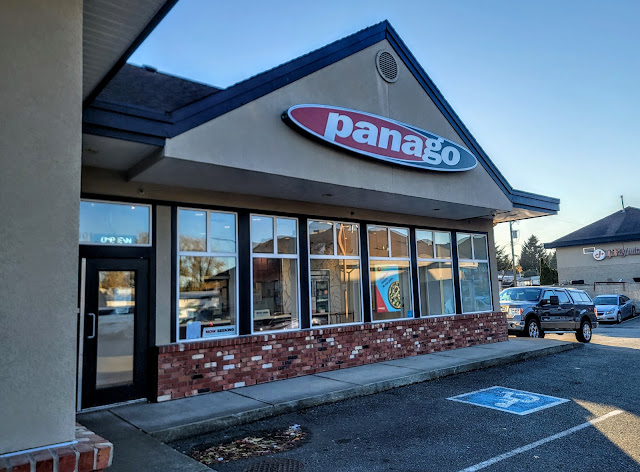 It's not hard to find anything in Aldergrove and the Panago is located on Fraser Highway just west of the Aldergrove Recreation Centre. You have a Panago close to you as well. 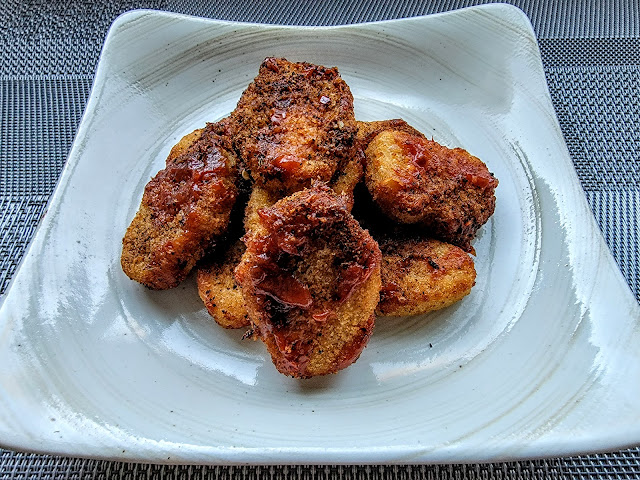 In addition to the plant-based pizza options, they have Impossible Nuggets. These were the Jerk Seasoned Nuggets and they were frankly not too bad. Not spicy, of course, and we're not huge nugget fans (especially the chicken ones as who knows what you're eating) but we added some hot sauce at home and they were salty and crispy. What more can you ask for? 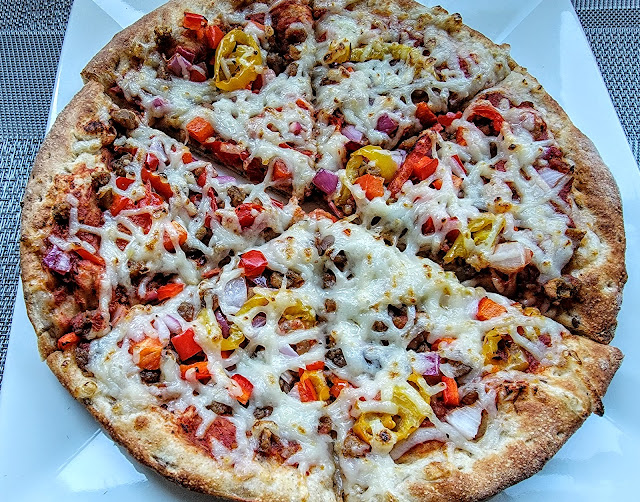 We ordered 2 small pizzas. The first was a Plant-based Beyond Spicy Calabrese. The Daiya Cheese that they use is pretty good. It is melty enough and Panago was not cheap with it despite the fact that vegan cheese tends to be expensive. They used beyond sausage crumbles which were not a significant part of this but contributed a bit of savoury flavour. The peppers were the highlight although the pizza was not overly spicy. 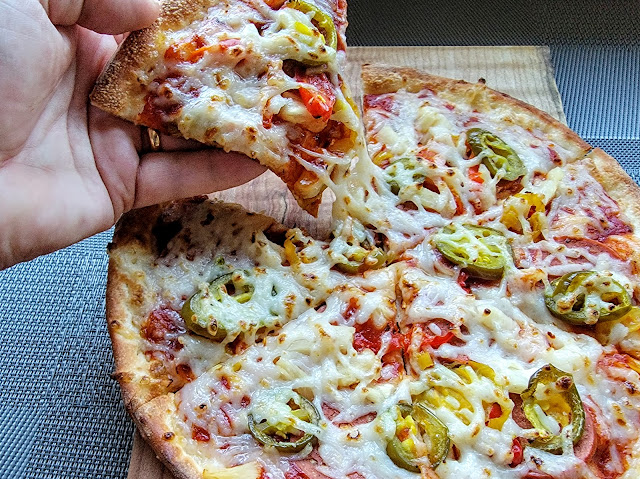 Our favourite was the Plant-based Spicy Hawaiian. My wife is the Hawaiian pizza person but this was a pretty good pie, all things considered. I was not aware of the meat-free pepperoni but it apparently was there. 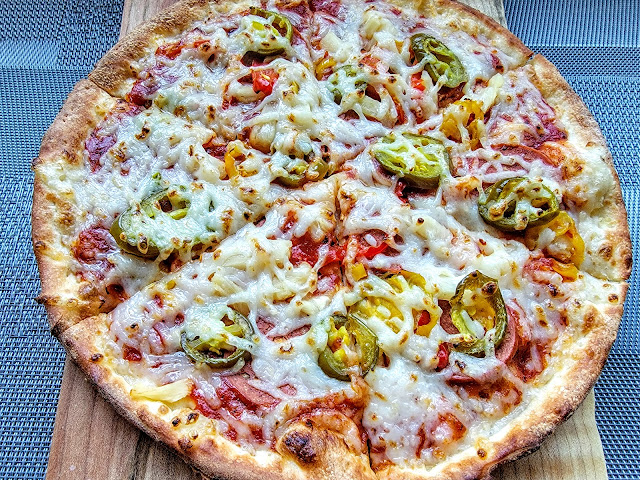