I would say that the lack of vegan fast food options is a positive thing. Being no longer tempted to stop and grab a Popeyes Spicy Fried Chicken Sandwich on the way home will probably add years to my life. Once in a while though, the ability to stop and get something to eat without too much planning would be a bit of a relief and so when I saw that Quesada had vegan options on their menu, we decided to check it out. 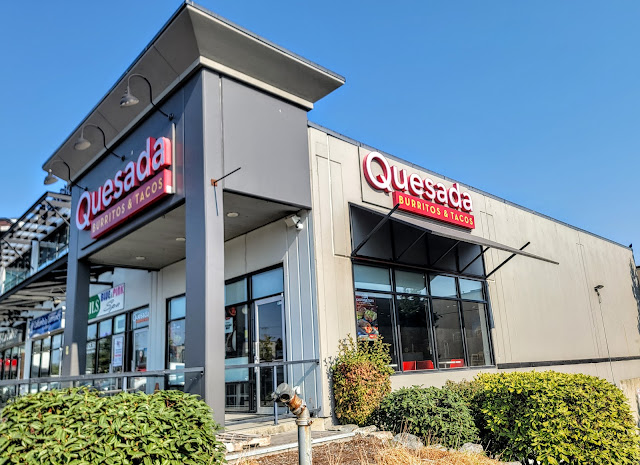 There are lots of Quesadas but the nearest to us is in West Abbotsford just north of High Street on Mt Lehman Road. I had never paid attention and didn't know it was there! It was steady enough with customers but not crazy on Saturday at 1 ish. Line up and place your order and they will walk you through what you want on your burrito or tacos or whatever, just like at Subway. 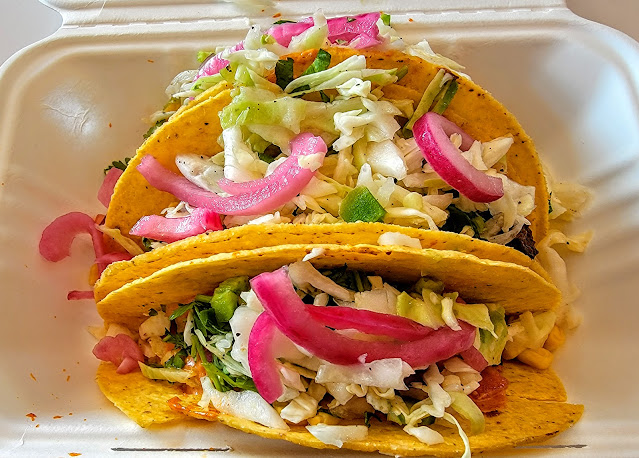 We started with 3 hard shell tacos. Hard shell tacos always remind me of my first brush with what we called Mexican food at Taco Time in Bellingham 50 years ago. Our family drove there many times just for crispy and fairly lame tacos (and Mexi fries) but we thought it was great! Anyway, these were similar but the topping options were a little more impressive with the pickled onion, slaw and cilantro etc. 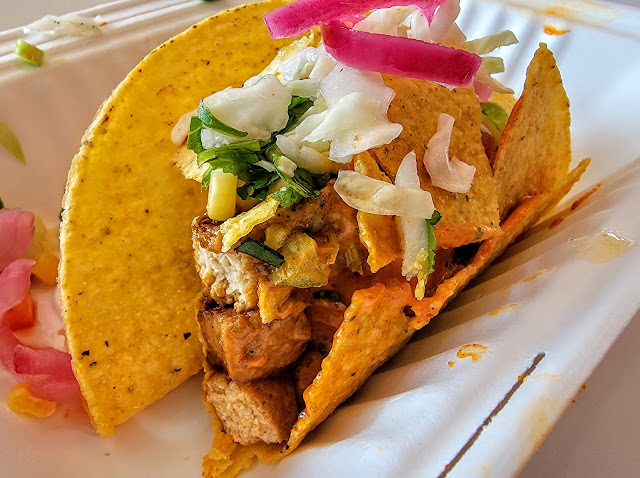 It was the Saucy Chipotle Tofu that sucked me in here and that Quesada is promoting at the moment, that was our choice of protein on these tacos. I have to be honest that this was pretty tasty and I would order it again. At $11.39 for 3 tacos, it's not a terrible deal considering that we are not in Tijuana. 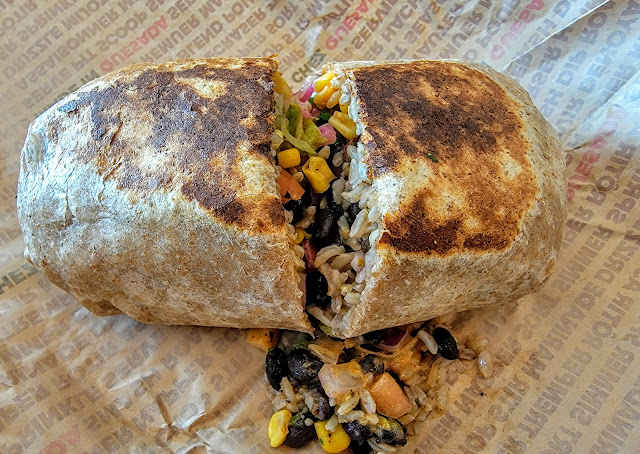 Next up was a really big burrito and it was not even the largest size! I never order burritos because it is usually just a big flour tortilla with too much rice and beans. In this case that was the goal! 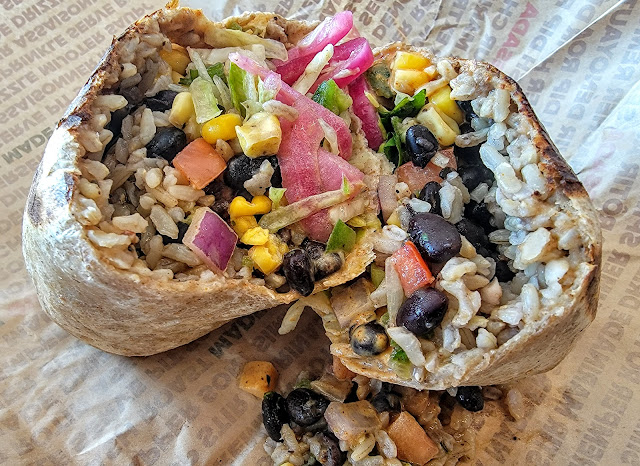 The proteins we chose were black and refried beans. Then we had the same choices of toppings (or fillings, I guess) as the tacos. It is not hard to end up with a nice spicy kick by choosing hot salsa and fresh jalapenos. This was another tasty healthy fast food type option that we enjoyed and will keep in mind! 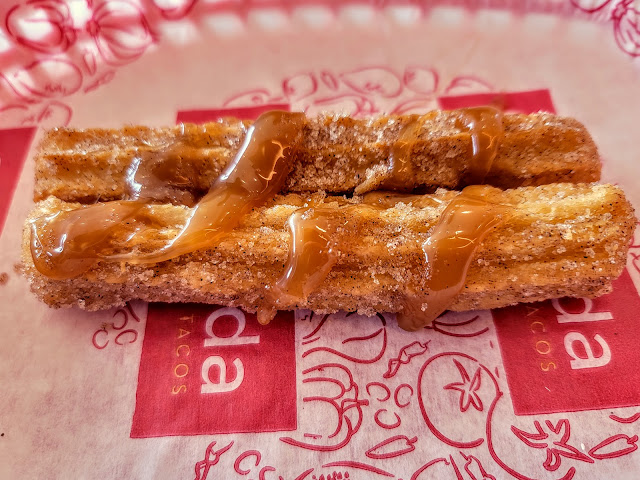 Hey, this is not vegan but my wife loves churros. Unless I'm cooking or we're at a fully plant-based place, she is her own person. These were pretty good churros by all accounts except that the caramel sauce was a little too solid. That could have been solved with a little heat, I'm sure. 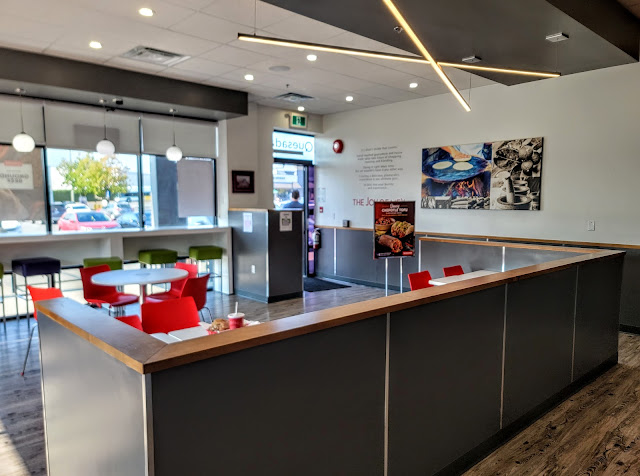