We started our Sunday morning out at UBC at the beautiful Nitobe Memorial Gardens, trying to meditate without thinking constantly about food. By the time noon rolled around though, thoughts of sushi gradually overwhelmed my concentration on my breathing and we gave up and moved on. 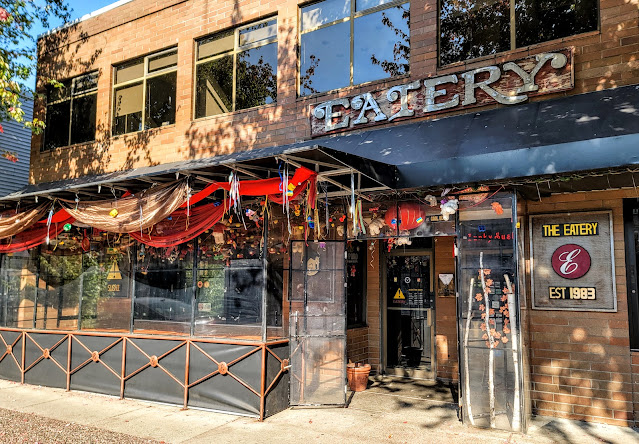 We had decided to try The Eatery on West Broadway near Alma, as they seemed to have quite a few vegan rolls and a few vegan adjacent dishes on their roughly Japanese menu. When we arrived at opening time (noon) there was no problem getting a table. 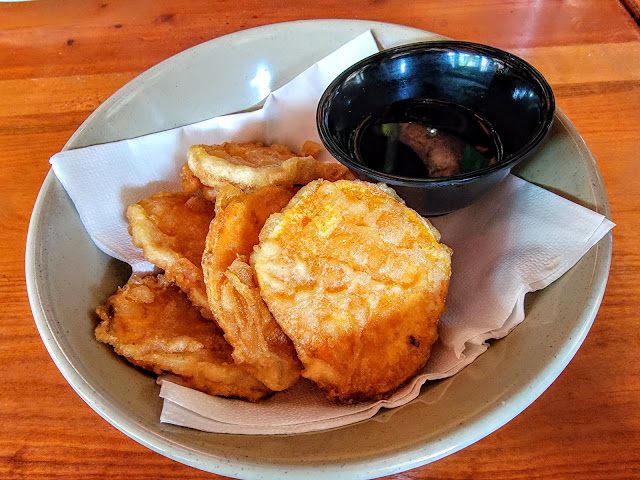 We started with the Just Yams Please Tempura which was pretty decent and substantial as well. I could have ordered the Veggie Tempura as I didn't realize that this meal would become so sweet potato centric by the time we were done. 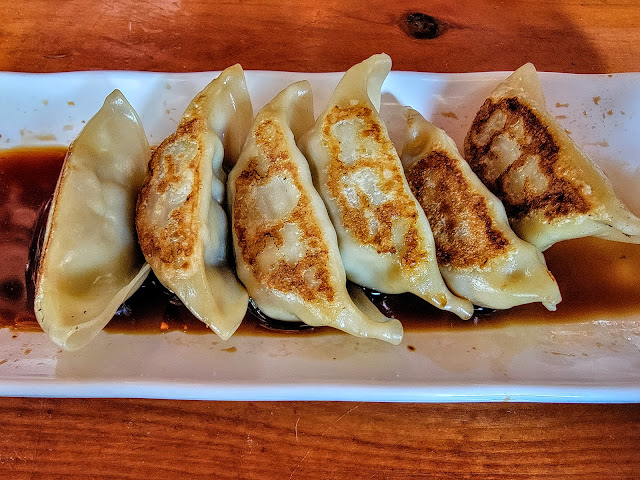 The Veggie Gyoza were next and came with an appropriate dip. The filling was veggie obviously but a little non-descript and these were OK but not amazing. 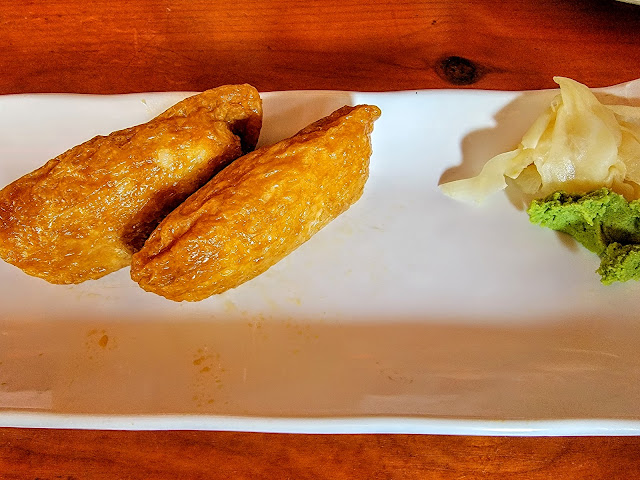 The Inari Nigiri was a little sweet and tasty. A simple treat that we liked. 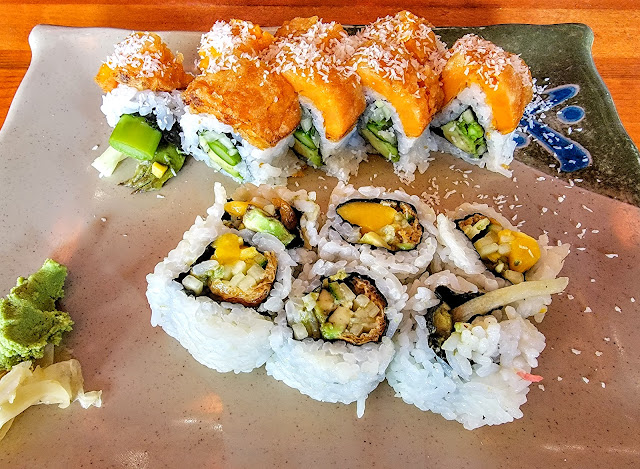 We ordered 2 rolls from the Funky Veggie Rolls menu, the Coconut Surprise and the Mango Paradise. Both of these were tasty enough with bright flavours.  The Coconut Surprise was a bit of an odd mix with sweet potato and asparagus  (and coconut) while the mango roll was rounded out with avocado.  They tended to fall apart a bit quicker than is convenient and at about $9 per roll they were a little pricy. 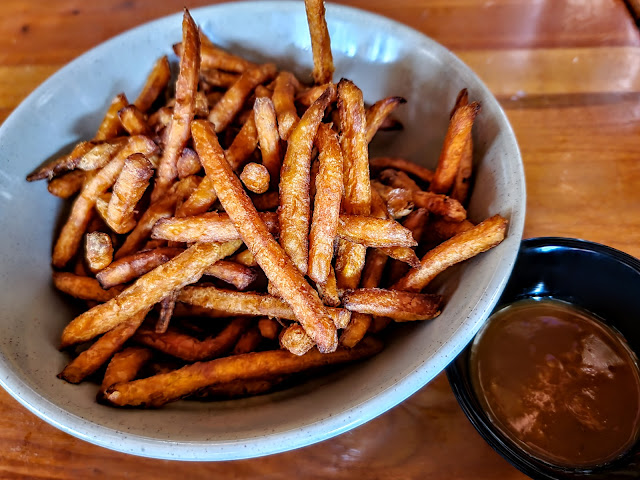 Finally, I ordered Japanayam Fries having mixed up the vegan and vegetarian symbols on the menu. We ended up with a big bowl of yam fries with Dragon Sauce on the side. Fortunately, our server was sharp enough to exclude the hollandaise and the rest of the non-vegan ingredients but the result was a little sparse. Pretty good fries but we were getting a little full of sweet potato at this point. 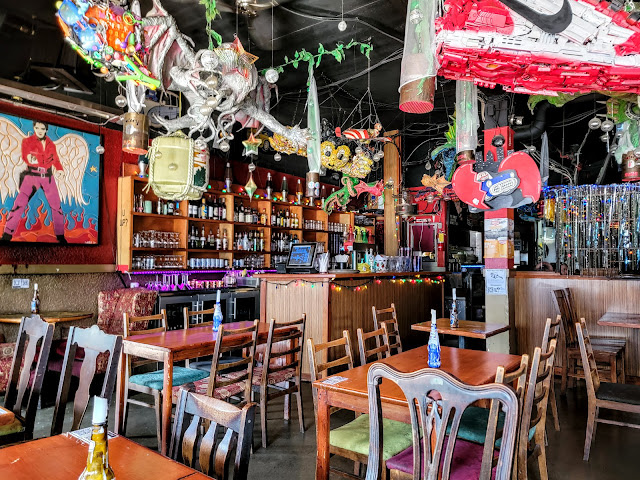 It would have made a little more sense for us to order a donburi and have them veganize it rather than do that with the fires, however...hindsight. This is a funky place with decor that is worth spending some time exploring. I am not sure if there is any kind of theme to the stuff hanging from the ceiling although I am leaning toward Marvel Comics or comics in general? 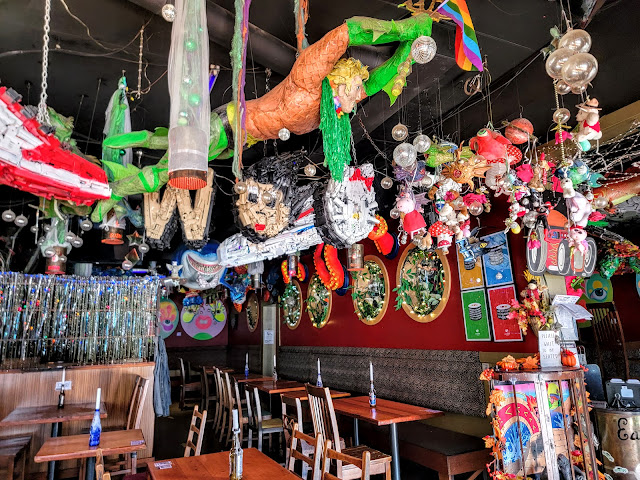