So this year Le Burger Week was actually deux weeks, and we were able to get out and check out a second participating place. As I mentioned (or maybe not) a lot of the alleged plant-based burgers were actually not plant-based beyond the patty. Not sure if everyone actually had a firm grasp on the whole point of  "plant-based burger". Anyway, since we had limited opportunities, we chose to give the old reliables a miss this time. We know we will always be able to get meatless food at Chickpea or Meet so instead we decided to check out Blaze Gourmet Burgers on E 5th. 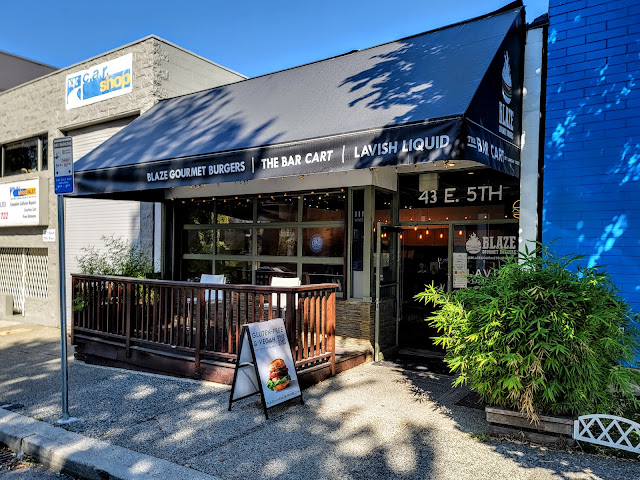 We arrived just when they opened at 11:30 (as we often do) and were seated right away. As the name suggests, they do burgers here as well as the usual accompaniments. They have an impressive lineup of decent-looking burgers including 4 sandwiches that are either full-on vegan or can be so. 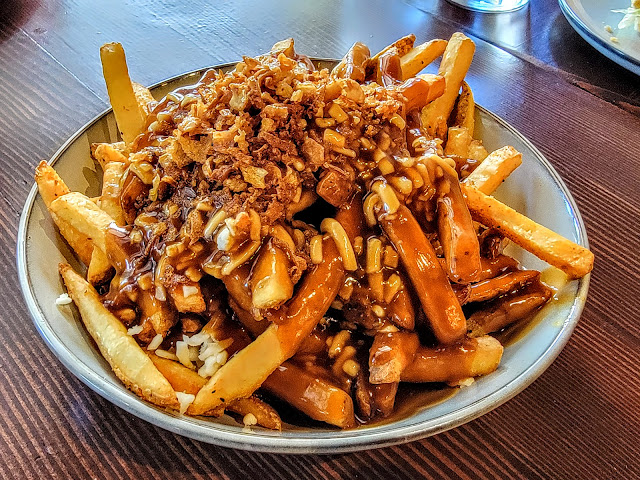 So I am the guy who frequently slags on calling poutine, Canada's national dish, but the idea of making it vegan is intriguing to me! The fries were quite good (or it would be a waste of time) while the vegan cheese was quite melty and the gravy was rich. In addition, a sprinkle of fried onion bits topped things off. This was pretty good! 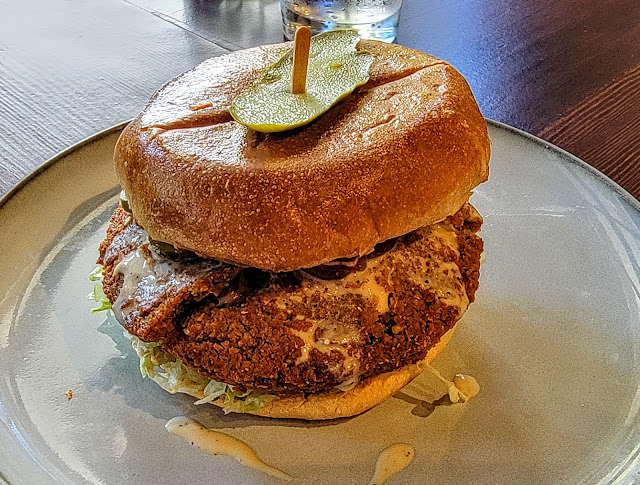 BGB's contribution to Le Burger Week was the Falafel Blaze Burger. It is based on a housemade patty that was pretty good (God help a vegan who doesn't like falafel!). In addition to the standard accoutrements, there was a spicy tahini sauce and hummus. The bun was pretty decent but its best feature was that it didn't distract. A very good burger overall! 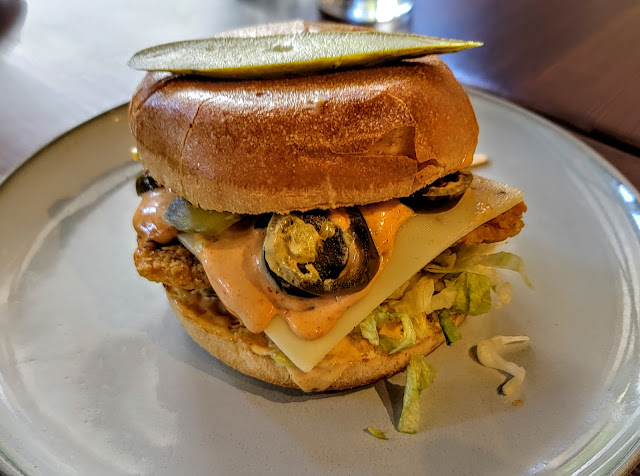 Finally, we tried the Chipotle Chick'n. I didn't ask but I assume this was a commercially available frozen thing rather than made in-house. No problem as there seem to be some good things available and this crispy chicken patty was pretty good. I think this burger can be one of those that is not a total plant-based package but we asked for it to be. Sometimes you just have to trust. A very good slightly spicy sauce, a few jalepenos and melty cheese came with it to make it a pretty satisfying burger overall. 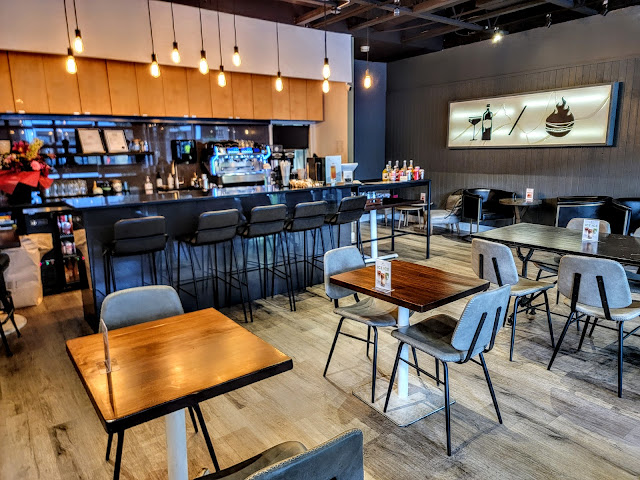 By Yes! We're Eating Vegan Again! at September 17, 2022
Email ThisBlogThis!Share to TwitterShare to FacebookShare to Pinterest