I used to feel like deciding to go vegan would mean making some sacrifices (I don't anymore) but those sacrifices would never include missing out on Vietnamese food. In fact, our list of favourite vegan places, so far, includes at least five Vietnamese restaurants and you can add Viet Family - The Vegan House as number six. 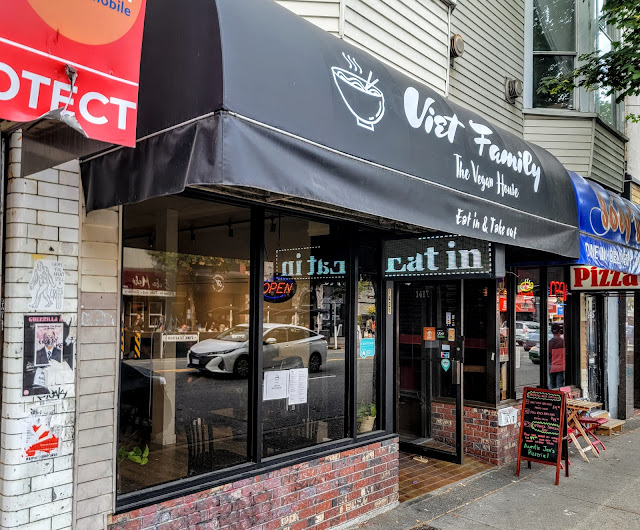 Located on The Drive near Kitchener, it is a smallish place and there was a steady flow of customers while we were there but we still managed to get seated right away. I would love to tell you that the previous Vietnamese restaurant that was located here just decided that they needed to "convert" but the fact is, new ownership is behind the vegan menu. 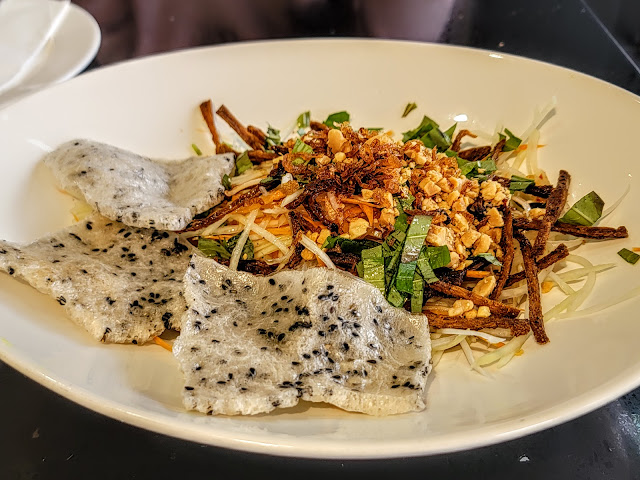 We started with a wonderful Papaya salad! With vegan chicken strips that we thought were closer to jerky (and it doesn't even matter as it was tasty and nothing died) with peanuts and lots of papaya and herbs and a vinegary dressing that all contributed to a complex whole! The best salad that we have had in a while. 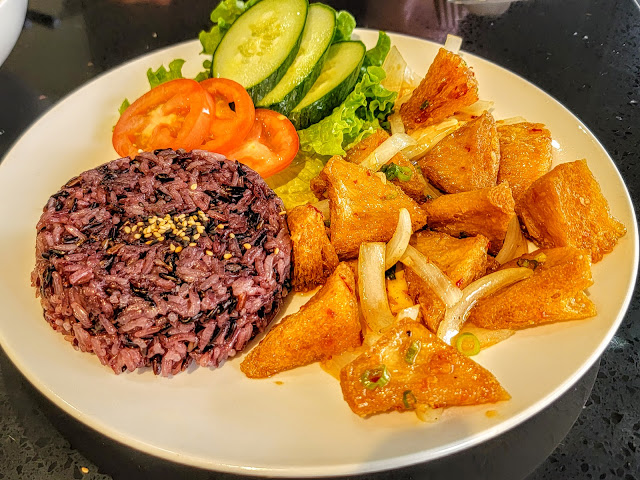 The thing that jumped directly at us off the menu was the Caramel Spare Rib Spice. It turned out to be deep-fried tofu with the most amazing sweet sauce! It was probably our favourite of several amazing dishes. The side of purple sticky rice was also tasty and chewy! 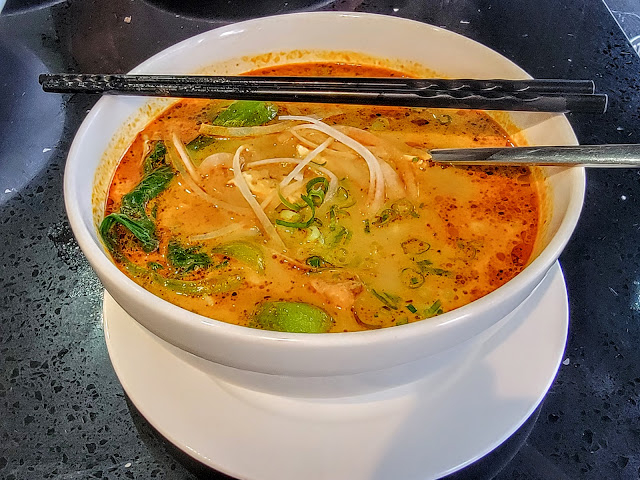 It's not exactly Vietnamese but we love laksa, so we ordered Curry Laksa Noodles. This was a warm and comforting bowl and just a little bit spicy. The noodles had some sort of vegetable flavouring maybe and were just chewy enough. We could have tolerated a little more coconut flavour but it was very good overall. 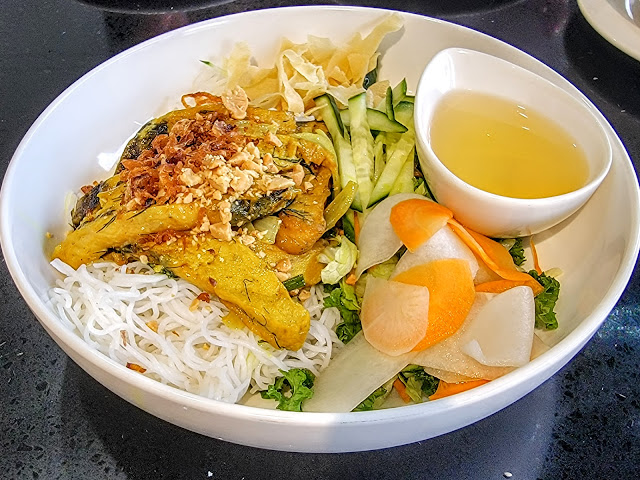 Another dish that kind of blew us away was the Cha Ca Hanoi. We had to ask and the fish turns out to be a soy - gluten kind of mix that had a very nice texture and just slightly fish flavour when you dipped it in the 'fish' sauce. Lots of thinly sliced fresh vegetables and some rice noodles made this a great dish. 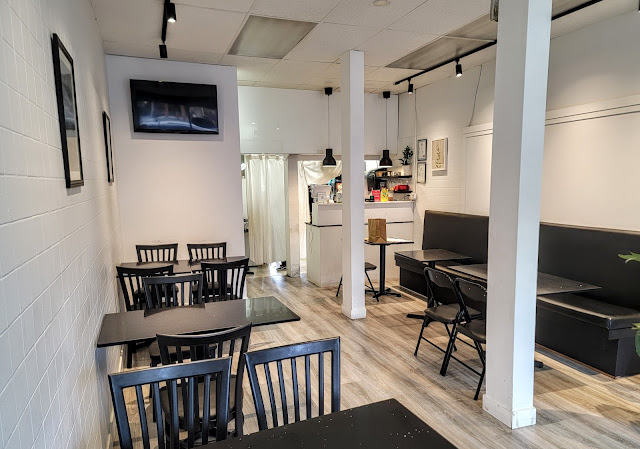