These folks are located in the same shared commercial kitchen in Langley as Mr. Siopao (on 198th north of 56th). I'm not sure if they came up in my Insta feed or how I discovered them initially. What I do know is that I had never heard of many of the dishes on their menu and that was the clincher for me!  A quick Instagram message later and I learned that most of their dishes can easily be prepared vegan and so we were on our way! We ordered for pick up but I think they also do some delivery in different areas on different days. 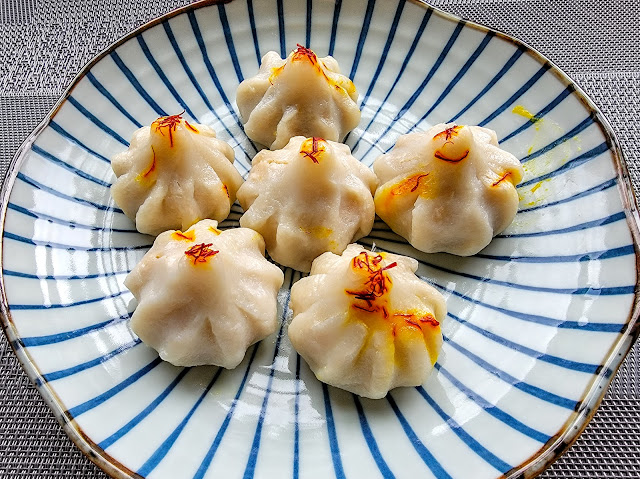 Because "It's that time of the year," according to their Instagram, we ordered Modak. I'm assuming that this is because Ganesh Chaturthi is approaching and these dumplings were Lord Ganesh's favourites. I can understand why! These are a coconutty sweet treat! The wrapping is a little on the thick side but not difficult. I assume that they are meant to be that way. These are not on the regular menu so I suggest that you order some now! 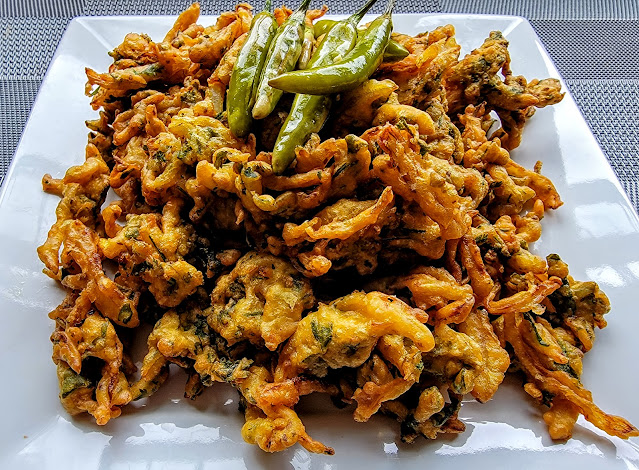 OK so, we have not ordered this by the name Kanda Bhaji but we have had pakora before. These were very good and crispy (even after the trip home) and we would order them again. It would be good if they came with some sort of dip but we provided our own. 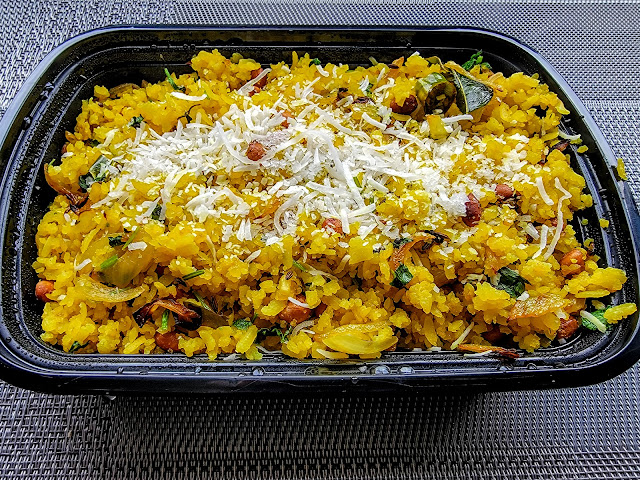 With the Poha, we were definitely off of our beaten track. This is a breakfast dish in Maharashtra (home to most of this cuisine) but we liked it for dinner. It is flattened rice with spices and peanuts. Seriously, flattened rice.Deliscious! 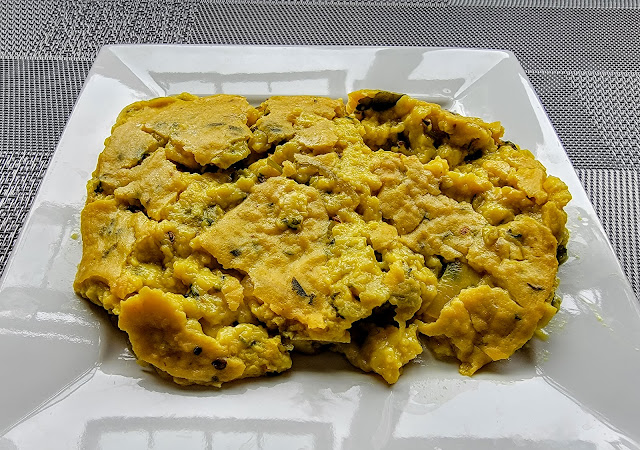 The Pithla Bhakri consists of bread and a dish that could maybe be compared to polenta. It is based on chickpea flour but with Indian Spices and it did have some nice heat. The texture resembled polenta to some degree as well. 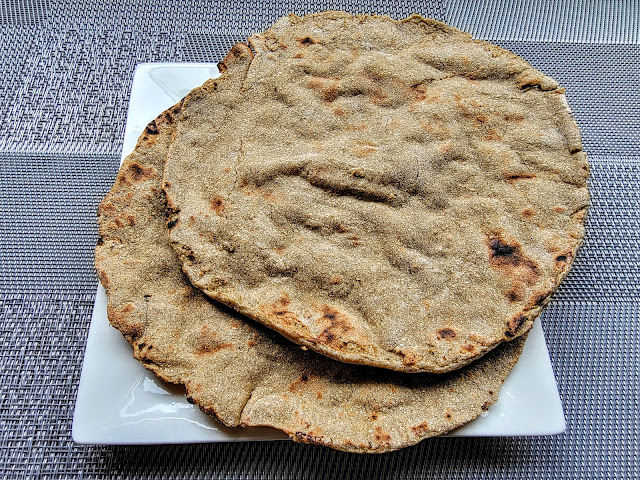 I'm not sure what flour is used to make the bhakri. It could be any of several according to the internet collection of recipes that I found. The bread is a little chewier (in a good way) and hearty than the naan or chapati that we are used to. Presumably, you use the bread to scoop up the pithla. All of this food was unique and delicious compared to the Indian food that we have had in the past and we are certainly not limited to butter chicken in that experience.
There is more on the menu that we intend to order and try in the future and we suggest that you do the same.
Food             4 1/2 out of 5
Comfort        NA
Service         Right on time
Value            4 1/2 out of 5
By Yes! We're Eating Vegan Again! at August 21, 2022
Email ThisBlogThis!Share to TwitterShare to FacebookShare to Pinterest