All right so the real reason we went to the PNE was to see Kim Mitchell and the Barenaked Ladies. Checking out the vegan eats just gives me a legitimate excuse to post about it in this space. We all know that the PNE will be hot, crowded and more expensive than it should be, but somehow, we always go at least once a year, even if it is not for a specific event. I guess nostalgia has a lot to do with it. 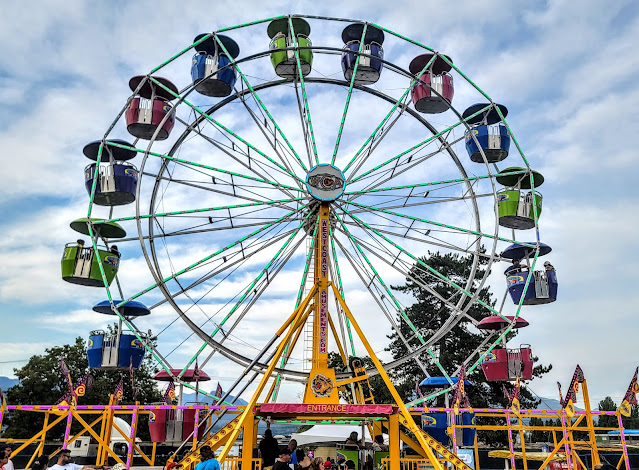 We arrived at about 6 pm (after work obviously) and paid the $25 full day parking fee and the $18 each fair entrance fee (not included in your concert ticket!) and...well didn't I say it's always more expensive than we expect? Anyhow, feeding ourselves then became our first priority. 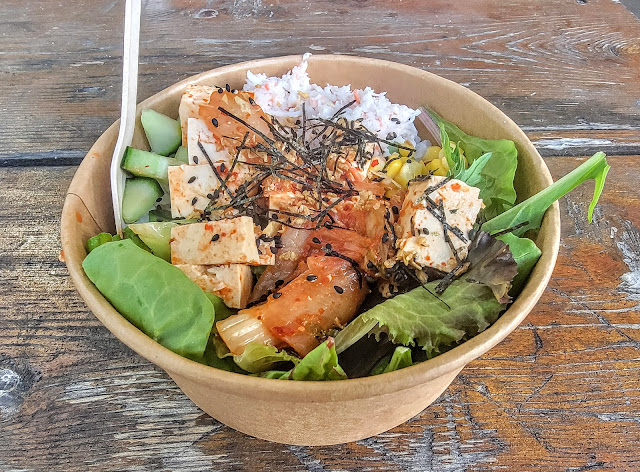 So it turns out there are some vegan options at the fair but I did a very poor job of sussing them out and when I did, I took terrible, not postable pictures! While I was assured at Aloha Poke that the kimchi was vegan (often has shrimp bits or fish sauce in it), I did not note that the base bowl, even before you order your protein (Kimchi Tofu) has crab meat! Aargh! I imagine they will leave it out if you ask them but I wasn't paying attention.  As it was, my wife (not vegan) was sharing the bowl with me and carefully ate a crab meat-shaped hole on one side! Aloha Poke does have a vegan option as the Daily Hive declared but make your vegan intentions clear. These people are just trying to make a living and it is busy here!
We noted that Plant Butcher, which has a completely vegan menu, was on site (Hah! That would have been too easy!) and that Curry in a Hurry also offered gheeless Indian food options. Even Los Tacos Hermanos had Vegan Tacos on their menu!
And I completely missed Acai Dude, but they were there somewhere as well.
On DH's list was the Saltspring Noodle Bar, where I learned that all their sauces are plant-based so all you had to do was pick the Vegetarian Box with any sauce! 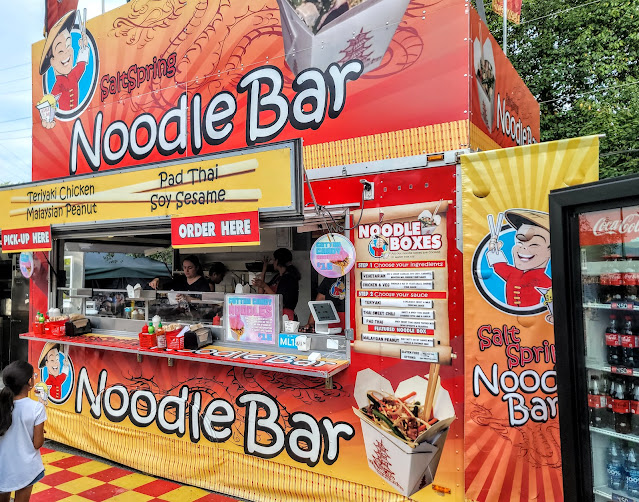 I chose Pad Thai Sauce and added some peanuts for good measure but took a hard pass on the cotton candy (no, seriously). It seemed a little expensive at $14.50 for the small box but it was hearty and very much worth the price. Unfortunately, my photo makes it look like the noodles were flung from across the room to the box but trust me! This was good! 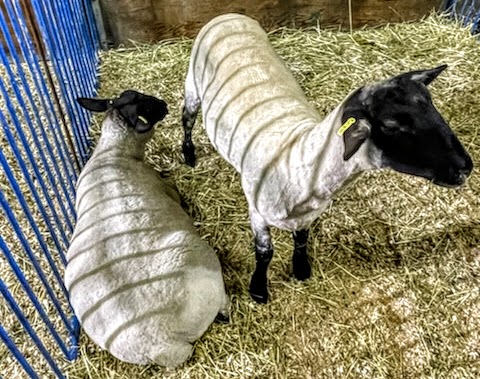 After we ate and before the music began we had about 30 seconds to run around and see the fair. My wife allowed me to go see the baby animals as long as I promised not to start an argument with the 4H kids or their parents. It made me a little sadder than usual this year...for some reason. 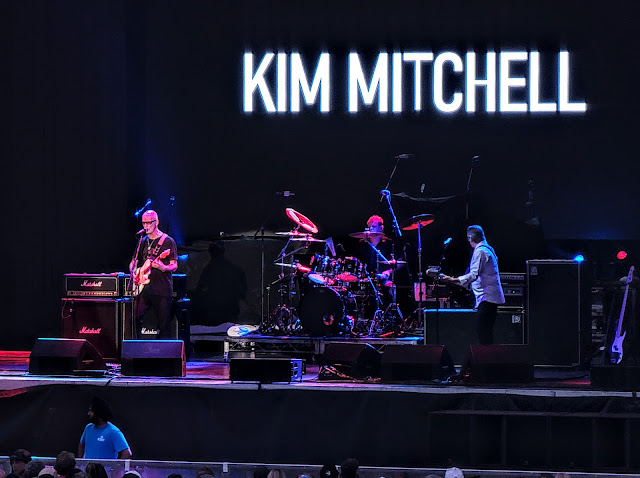 And then Kim Mitchell hit the stage and we were stoked! Unfortunately, 4 songs later he was done. I keep missing opportunities to see him so I wasn't missing this and fortunately, I did not blink. Only so much time for opening acts I guess but was all the setup and tear-down worth it? Still, we got to see one of the greatest Canadian guitarists of our time! 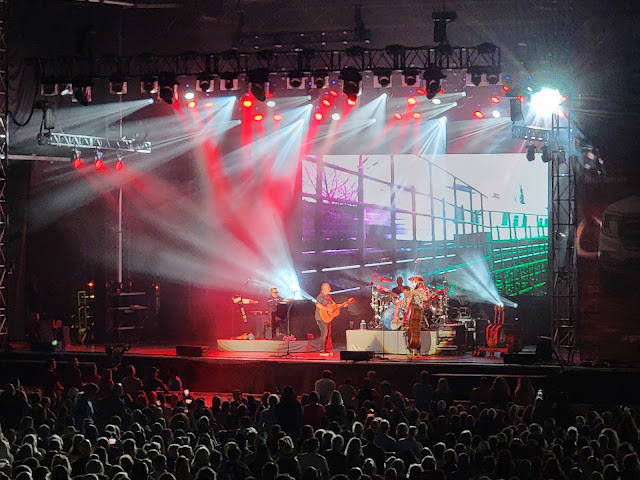 One thing for sure is, that it was all worth it to see the Bare Naked Ladies again. I saw them a few years ago at GM Place and they were amazing then and now. Not only are they talented musicians and songwriters, but they are great entertainers, funny and very interactive with their audience (including pranking us into believing that Sarah McLauchlan was waiting to join them on stage. I almost embarrassed myself at that point!). 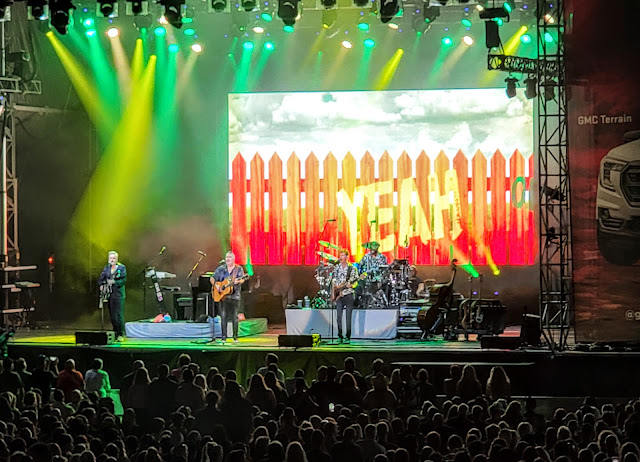 Near the end of the show, we learned that they could make a good living as a Led Zepplin cover band if they so chose. Drummer Tyler Stewart took the mic and did a great Robert Plant impression on Whole Lotta Love while Ed Robertson did an impressive job as Jon Bonham. I did not see that coming!
Great concert. Thanks, PNE.
Worst food blog posting ever!

By Yes! We're Eating Vegan Again! at August 26, 2022
Email ThisBlogThis!Share to TwitterShare to FacebookShare to Pinterest