Koshary is Egypt's national dish. It is a simple and healthy mix of rice, lentils, macaroni with toppings and tomato sauce. I wasn't even aware of it until I searched for vegan eats in Metro Vancouver. VanKoshary is located in the B3 Collective Commissary Kitchen (Vernon Drive just north of E. Hastings) and has take-out and delivery only. 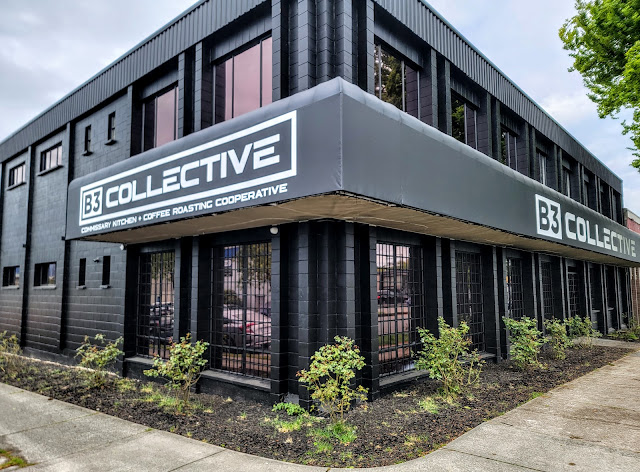 We met a very nice gentleman at the back door of the kitchen where we picked up our food. He is from Egypt but he and his family now reside in Canada. We are fortunate to have them as to my knowledge,  there is not a lot of Egyptian food available in Metro Vancouver. 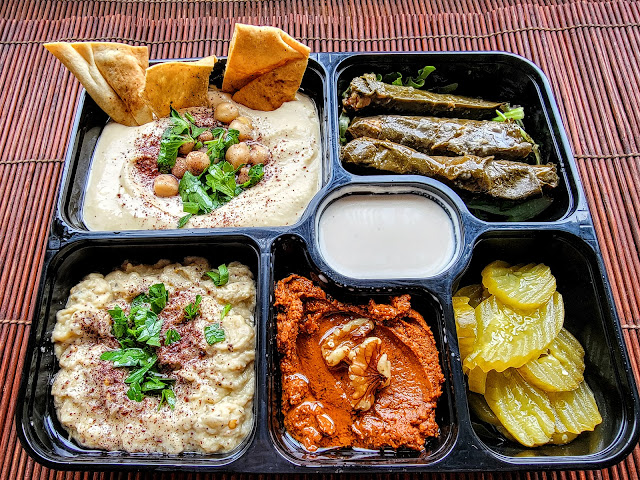 In an effort to try as many things as possible (of course, many are familiar being foods common to other countries in the middle east), we tried their Appies Mix. This included Hummus, Babaghanoug (not sure if that's a menu typo or a spelling unique to Egypt), Muhammara (our favourite red bell pepper dip with pomegranate molasses), pickles, and stuffed vine leaves all served with pita chips. Delicious and surprisingly rich and still vegan! 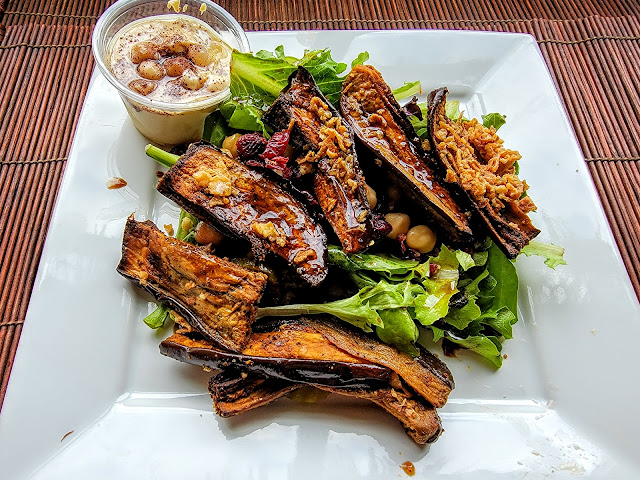 One of our favourites was a wonderful Eggplant Salad. In addition to baked eggplant, there were chickpeas, dried cranberries, greens and balsamic vinegar dressing and a side of hummus that all contributed to something we would gladly eat regularly. 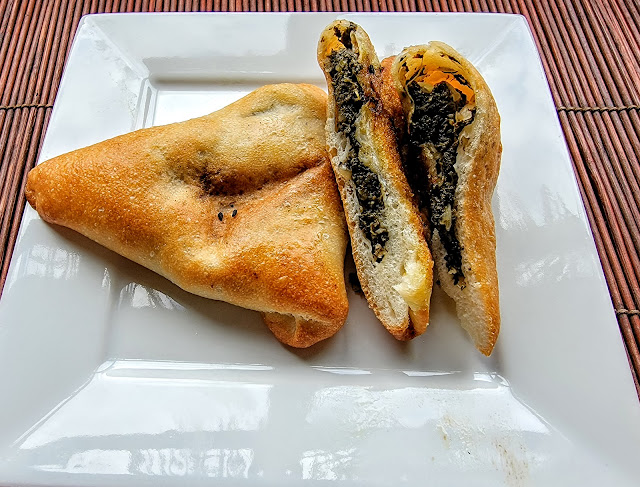 Next was a very nice Spinach Pie (called a fatayer). This was not the phyllo pie that we were expecting but was no less light. The onion, sumac and other spices made it a nice snack. 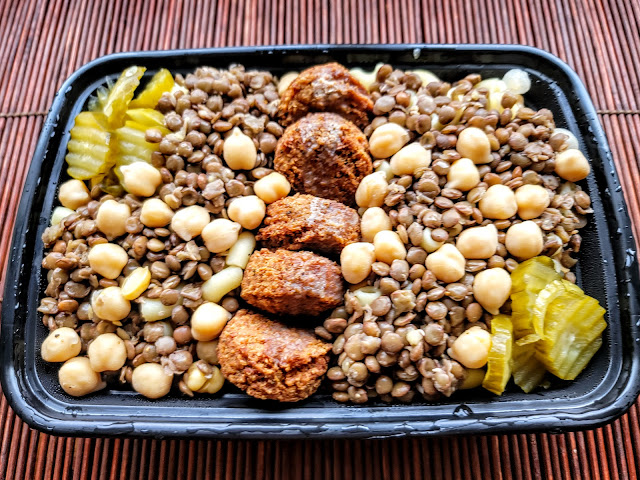 Finally, there was the koshary. This variation is called an Alexandria Bowl and features falafel. It is a tasty meal all by itself and comes with a side of rich tomato sauce. Also on the side was a dakka dressing of vinegar lemon and garlic as well as a pretty significant hot sauce. This is a simple meal which hits all the right notes of carbs and proteins. It's something that we need to discover here in Vancouver (or did everyone already know about this other than me?). 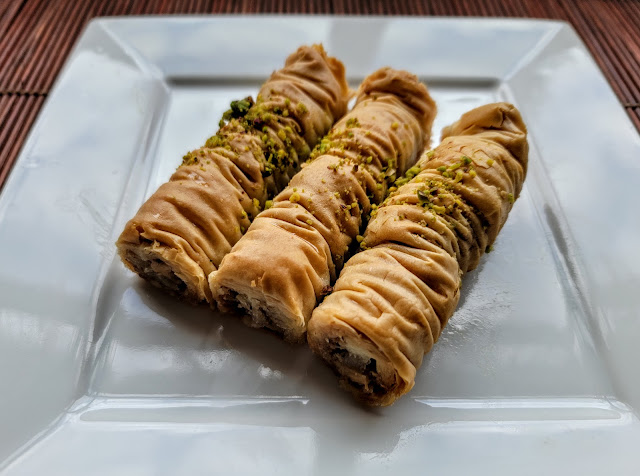 Finally, another popular resident of the Mediterranean, Baklava. A little less sweet than its Greek cousin, it is still a rich and wonderful dessert. We also had a piece of Basbousa, a very delicate coconut semolina cake that basically felt apart when I tried to move it to a plate. It was delicious but I rendered it a pile of crumbs with my less than delicate hands.
All this and vegan too! Discover VanKoshary. They are only open at 3 every day so for us, it required some planning (coming from Aldergrove) but it was worth it.
Food             4 out of 5
Comfort        NA
Service          It was ready when they said it would be.
Value             4 out of 5
By Yes! We're Eating Again! at May 15, 2022
Email ThisBlogThis!Share to TwitterShare to FacebookShare to Pinterest