Good Taco - No Meat May and a Very Good Cause

The last time that we ate at 2455 West Railway in Abbotsford, it was at the Meat and Bread Test Kitchen. It was a great place for a sandwich so it is too bad that they are gone (they still have locations in downtown Vancouver). It turns out that though, that Good Taco is a pretty decent place to have lunch also. 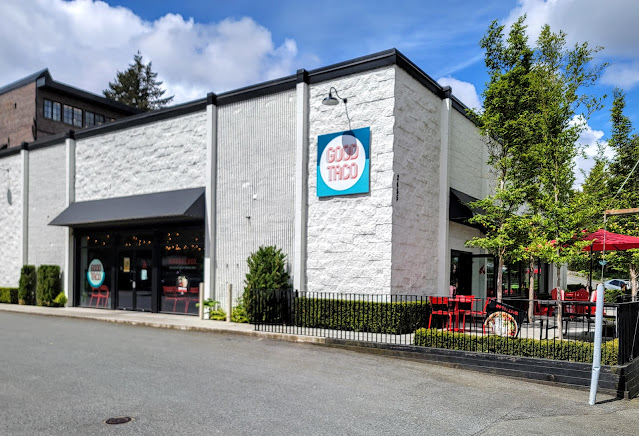 Good Taco is not a vegan place but I was able to order a vegan meal. The real reason that we came here and wanted to write a post is that there is a connection to a very good cause. In Primo Tapia, Baja Mexico is Casa de Luz, a daycare and employer of local women with difficult circumstances run by a local charitable organization. Restoring families is their mission. Some time ago, several folks that I work with knew those involved, travelled to Primo Tapia and worked for a couple of weeks on a construction project with them while Berts Electric contributed materials. The same ownership group of people runs the restaurants here. My grasp of who's who and the connections to Casa de Luz is tenuous but I know that when you support GT, you are supporting that charity! 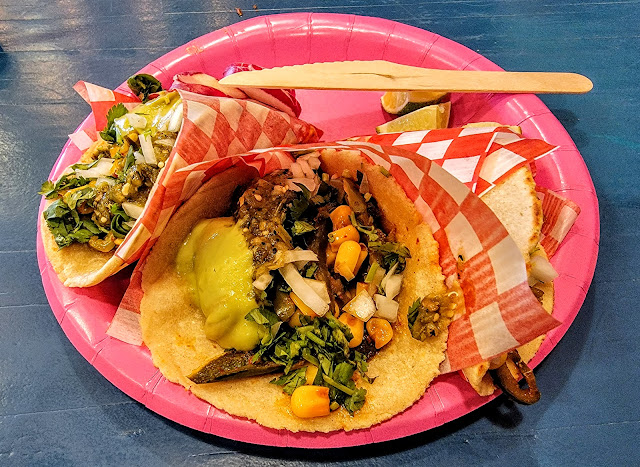 I ordered Tacos Rajas Con Aji and didn't miss the meat or cheese! A combination of poblanos, cactus, and guajillo chillis along with corn and garlic made for a surprising depth of flavour. Cilantro, salsa, guac and chopped onions topped them off but the house-made corn tortillas were definitely the stars! 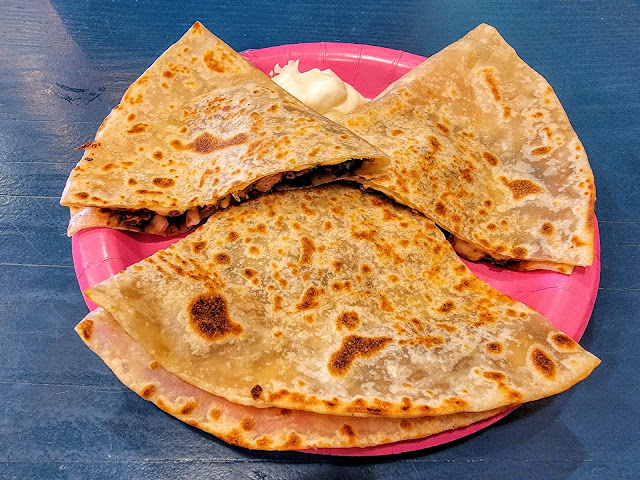 My non-vegan (but almost when she's with me) wife had the Chicken Birria Quesadillas. The birria part was the fact that the chicken is slow broth cooked and according to her, very tasty. Along with Oaxaca cheese, cilantro and onion, these were a decent and even filling meal. To me, quesadilla is something you can make at home but they go the extra mile at GT by making all their tortillas (flour and corn)  in-house. Not bad! 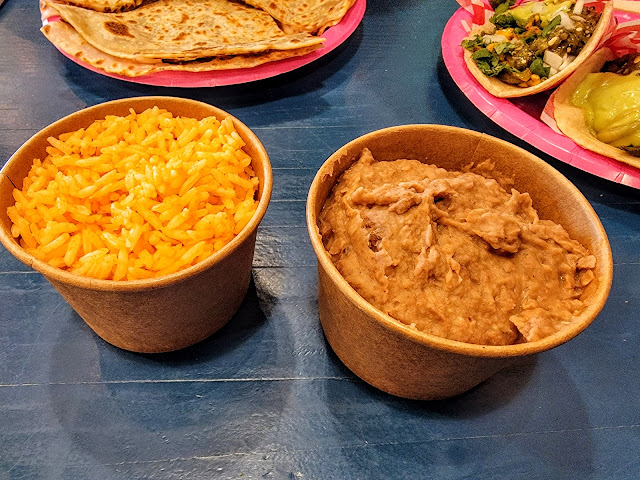 We always love the rice and beans on the side. The beans were tasty but the rice was on the dry side and not very flavourful. We added a lot of salsa to make it edible. One fairly significant miss but hey, it's just rice. 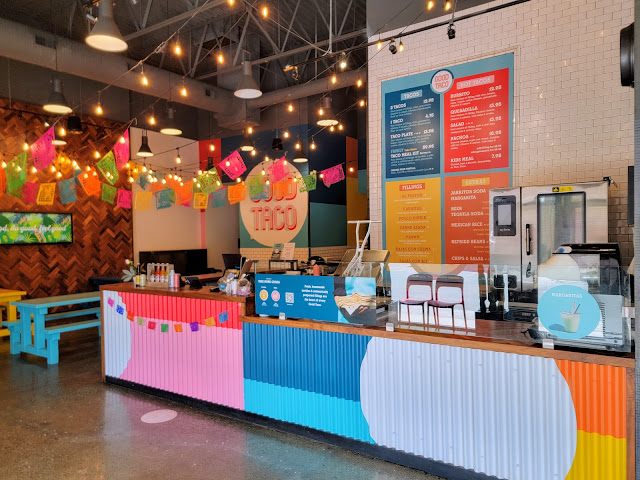 It's a kind of cool space. I like the picnic tables and string lighting. The staff were friendly and service was good. 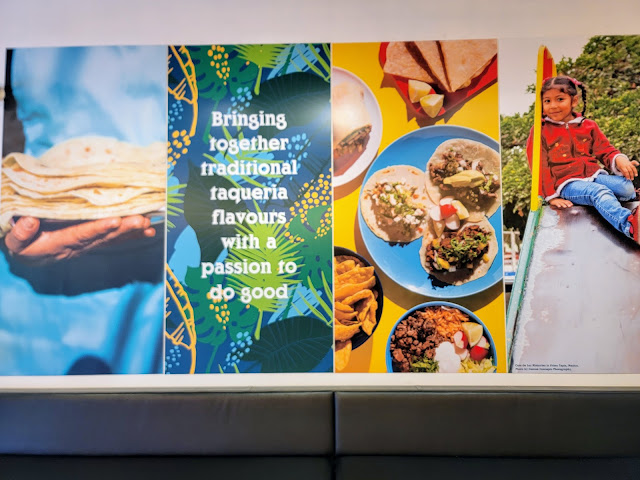 By Yes! We're Eating Vegan Again! at May 11, 2022
Email ThisBlogThis!Share to TwitterShare to FacebookShare to Pinterest