Growing up, Chinese food was Chinese food to me. No one had yet explained that China was a vast country spanning regions and cultures, many with unique cuisines owing to influences that included their history, peoples and climate. Xi'an is a city in Shaanxi, in central China towards the north and grows wheat among other things but no rice. As a result, their food tends toward noodles and bread.  It was also greatly influenced by the fact that it was the eastern terminus of the Silk Road and eventually came to have a significant Muslim-Chinese population. Old Xi'an's Food is located in the Continental Shopping Centre on Cambie in Richmond, and as you might guess, specializes in the cuisine of Shaanxi. 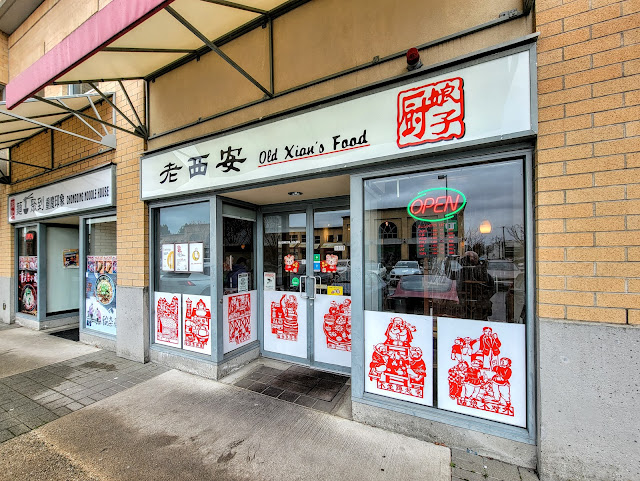 We arrived Saturday just before noon and were able to get a table right away. There were quite a few diners but they do a bustling Fantuan business also. 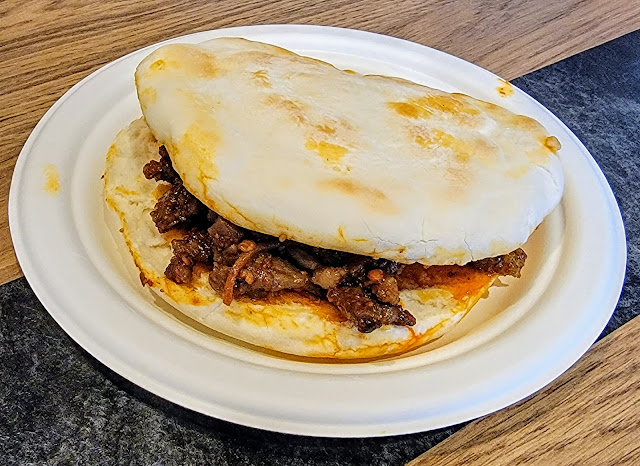 I have a weakness for Cumin Lamb and when combined as a Chinese burger (roujiamo), it is indeed a wonderful thing. Served in a flatbread bun the slowly stewed lamb is full of cumin and a complex mixture of spices that I would not attempt to identify. An inexpensive treat that is a street food favourite in China. 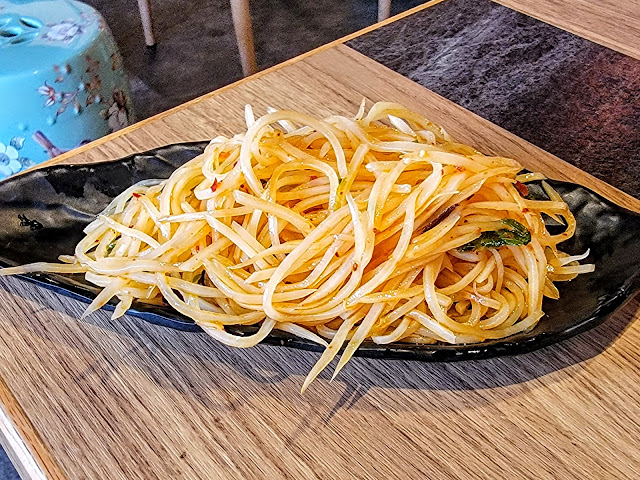 Also off the snack menu was Spicy and Sour Shredded Potato. Just a touch spicy and with a slightly crisp and firm texture that makes you ask if the potato is raw (it is not). The presence of black vinegar is what creates the sour taste and makes this a refreshing side dish that can cut through the richness of some other dishes. We enjoyed this very much.

We tried the Xi'an Cold Noodles. complete with bamboo shoots, cucumber and sprouts this was a refreshing but slightly spicy dish of noodles finished with chili oil and small chunks of bread. Very nice! 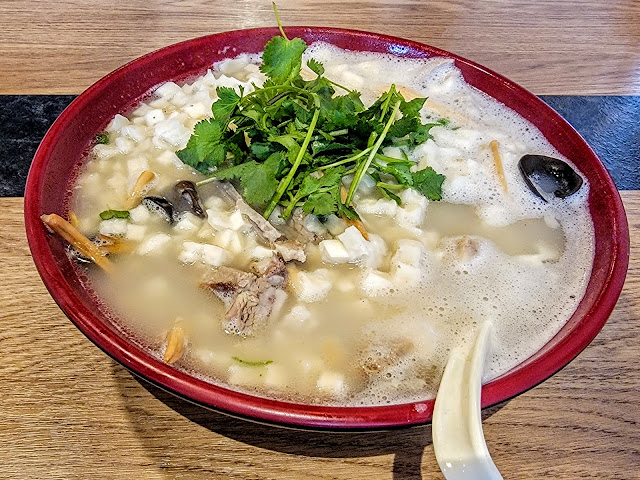 The Pita Bread Soaked in Lamb Soup was very good. This was not a hugely boldly flavoured dish but there was a generous amount of tasty tender and fatty lamb, with thin noodles, small pieces of pita and lots of little surprising flavour tidbits. There were a few wood ear mushrooms as well as pickled tiny beans and what we think were banana blossom stems 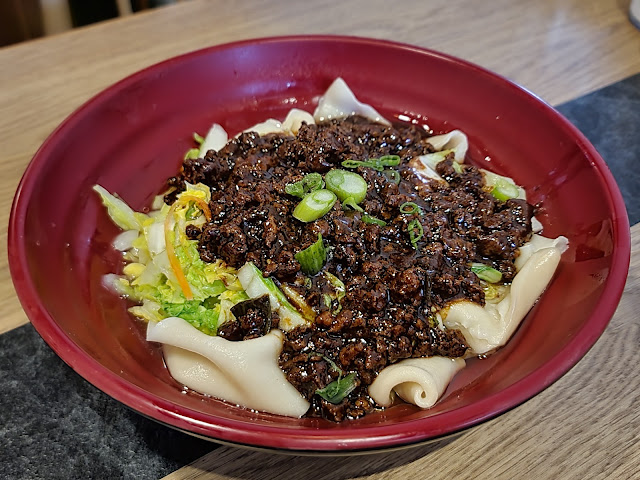 Finally, we had Soy Bean Minced Pork with Bian Biang Noddles. This was our favourite of the things that we tried! The rich and tasty mixture was an excellent topping for these special noodles. 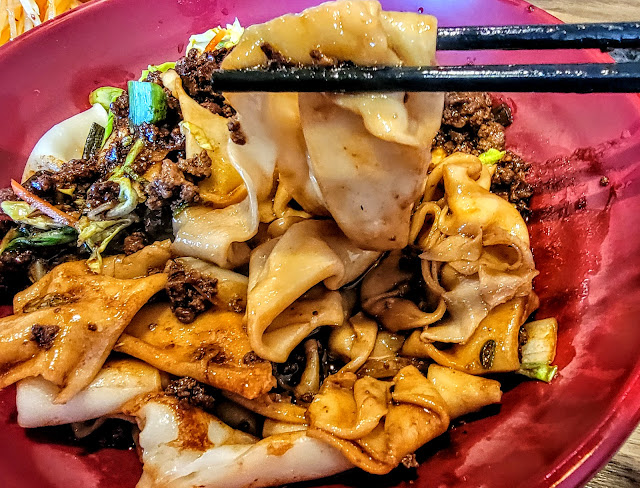 The noodles are made in-house and are wide and have a wonderful chew. Don't miss out on them. This was obviously far more food than two people can eat and we ended up taking quite a lot home but it was great the next day. 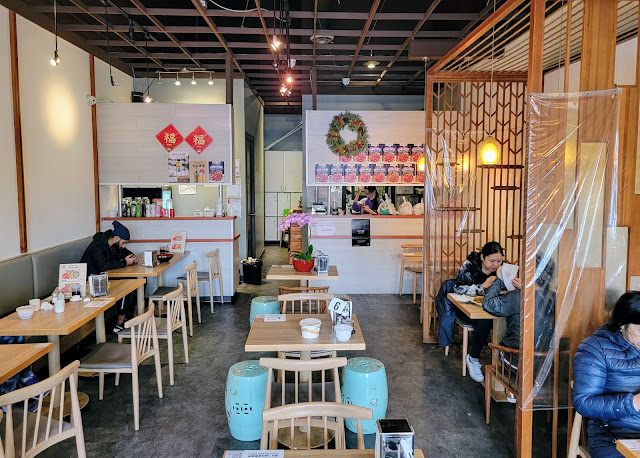