When, from down the block, we could see Nancy Go Yaya Eating House was surrounded by film crews, all I could think was, "Great! Now Ryan Renolds is screwing up our lunch plans!" It was not the case, however, as while much of the block was under siege, businesses were not closed even though shooting for something called Balista was taking place. 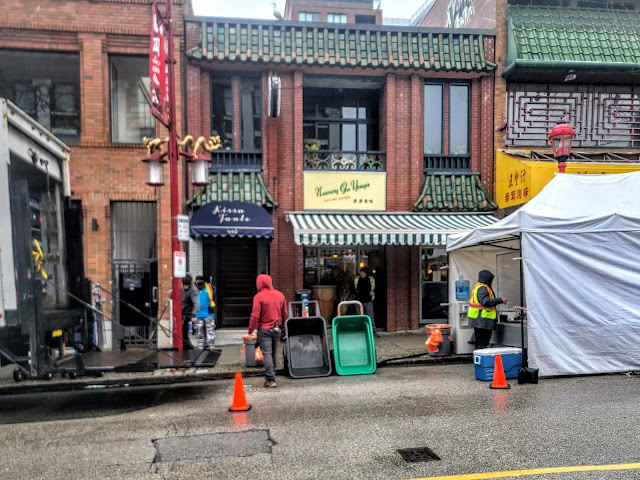 Just before noon on Sunday, NGY was quite busy but we managed to get a table for 2 fairly quickly. We scanned the menu (I already know well in advance what we will be ordering), hopped up to the counter, placed our order and then took our number and waited, again briefly for our food to be delivered. 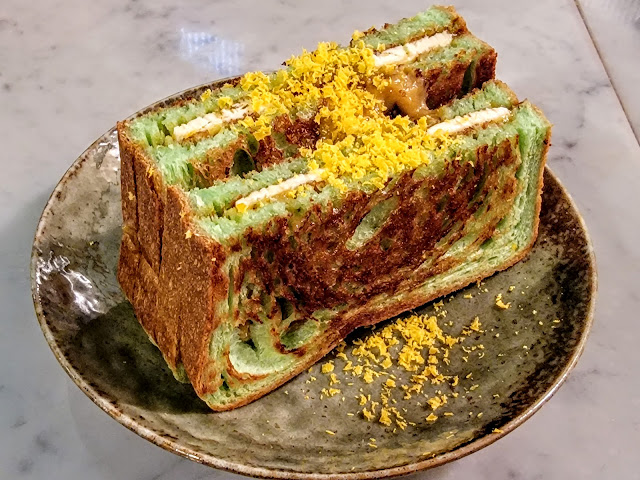 Like every other Instagrammer / blogger who has preceded us, we ordered the Kaya Toast because who wouldn't order something with green bread? I guess this is kind of a breakfast thing but we ended up saving it for our dessert as it was very rich and sweet. Pandan is an herbaceous South East Asian plant that can be used for wrapping things to steam (the same way banana leaves are used) but is also sold as an extract or powder. In combination with mochi, voila...green toast! Served with coconut jam, butter and salted egg yolk, you have something pretty tasty! 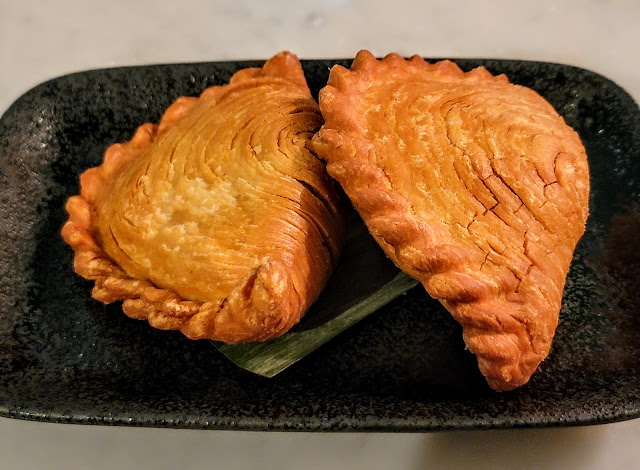 We tried a couple of curry puffs and that was not a mistake either. I should have shown section view (sounds a little architectural) as this flaky pastry crust was filled with curry chicken, potatoes, and egg.
Not spicy but rich and comforting. 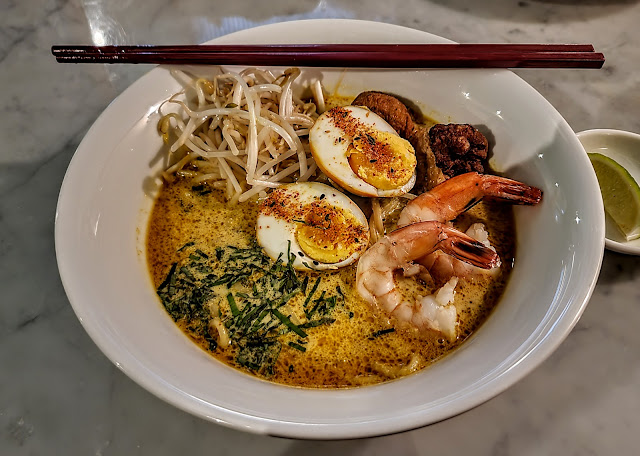 Laksa is one of our favourite things in the world and this was delicious but not cheap. At $19 it's almost $4 more than Laksa King but admittedly, this is a fancy step up from LK so we expect to pay a bit more. Good, mild curry flavour, wonderful noodles, a couple of prawns, egg and amazing fish balls. 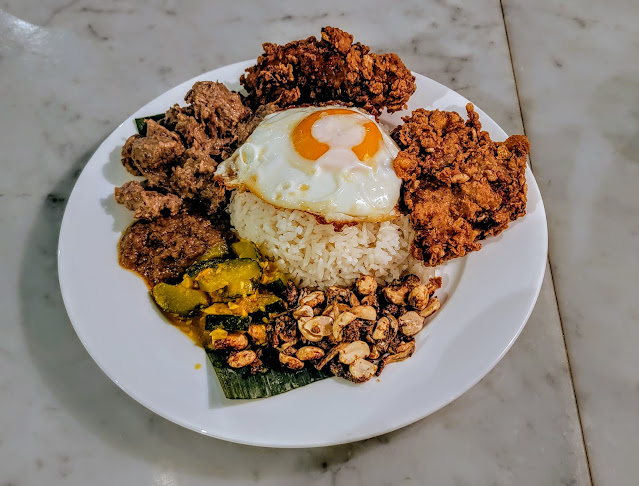 Nasi Lemak has gotten to be another one of our favourite things (should put a tune to that lyric) because of all the bits and pieces that come together to produce something great! Peanuts, anchovies, cucumber pickles and sambal are the toppings you can mix together to top the rice and stewed beef in any order that you want, and that gives you salty, spicy options. I said yes to the fried chicken on the side option because who wouldn't. The chicken was great! It's called Cereal Chicken which is probably in reference to the coating which is maybe a mix of breakfast cereals? 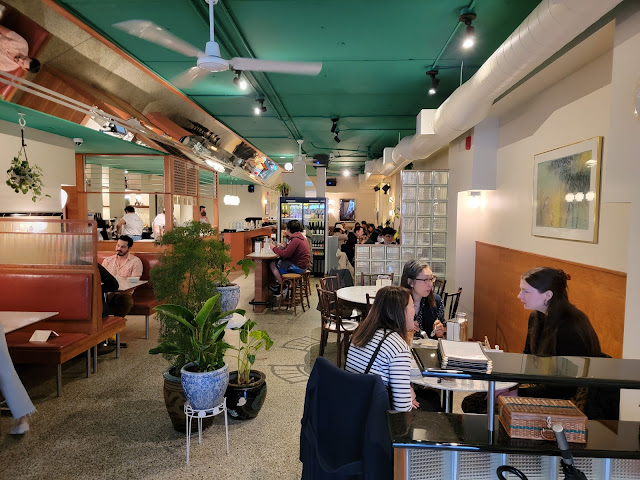