So Vegruary is ending a couple of days early for me. I had already intended to temporarily suspend my plant-based adventures as I have animal products in my freezer (from a couple of months ago) and it would be disrespectful to waste them. So for at least as long as it takes, I will be going back to the weekday vegetarian thing and then, we'll see after that. The other reason that I am swerving from the righteous path is that the opening that my Filipino friends and family have been waiting for, for so long, is finally happening. That's right, Jollibee on Granville is finally opening its doors. No one here is a stranger to Jollibee.  Personally, I stumbled across Jollibee in Tukwilla, Washington, many years ago, before I really knew any Filipino folks and just had to try the food as their mascot was a big smiling bee! Of course, anyone who has been to the Philippines will tell you that the original fried chicken is superior to the North American product, but we will see. Anyway, the lineups have been reportedly been as long as 4 hours this first weekend but since we were known to drive to Tukwila and back just for chicken, this doesn't seem so bad. 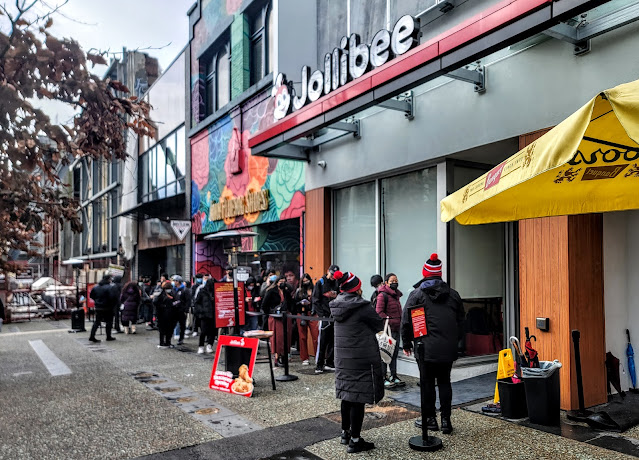 Anyway, my way around the 4-hour lineup was bribing Mharie's kids to stand in line for us. Sure enough, the line stretched from the mid-block restaurant all the way to Robson, then all the way to Howe Street and from there, all the way to Chipotle's! Seems like a long time to wait for fried chicken but a lot of these folks are pretty passionate about a taste of home, even if it is a fast food taste of home! Another option would be to wait a couple of weeks until the crowd dies down! Maybe everyone else wanted to be the first blogger to post this weekend! 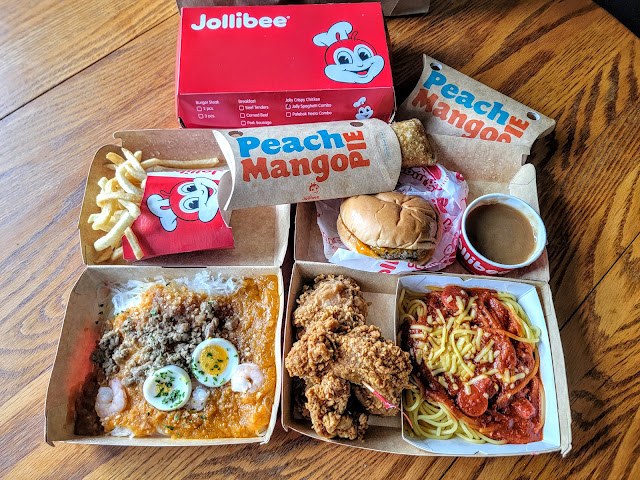 If you're going to wait in line for 4 hours (or pay someone else to do it), it's important to max out your order (in fact Jollibee has limits on what you can walk out with this weekend), so that's what we did. 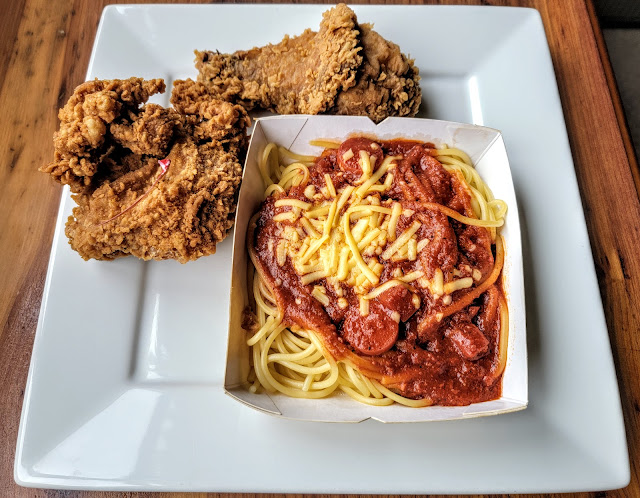 The star of the show at JB is fried chicken and it is really good fried chicken. Today's was crispy yet very moist inside and I have never had it otherwise. I don't know how it would stack up side by side against all the other world's greatest but I know a lot of experts are crazy for it. My Vancouver favourite up until now (and maybe still) is another Filipino-influenced place across town, Win-Win Chick'N. The spaghetti is another Jollibee favourite and available as a side but be aware that Filipino spaghetti means a sweetish sauce, cheddar and slices of weiner. I know, I know but it kind of grows on you. Don't tell my Italian friends. 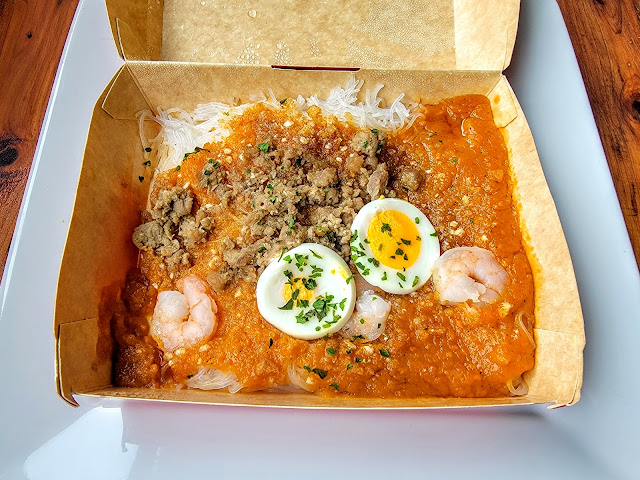 Palabok is a bit more of a traditional Filipino dish. Made with thin rice noodles and a garlicky combination of pork, shrimp, chicharron and egg. This is a pretty good taste of the Philippines and one of my favourites here. 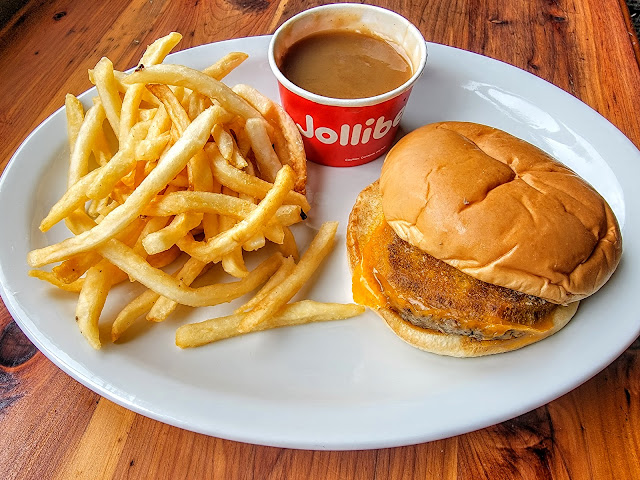 I've never had a hamburger here and this one was just OK but leaning towards meh. Fries are OK and the gravy is pretty good, Don't line up for 4 hours here for the burgers. 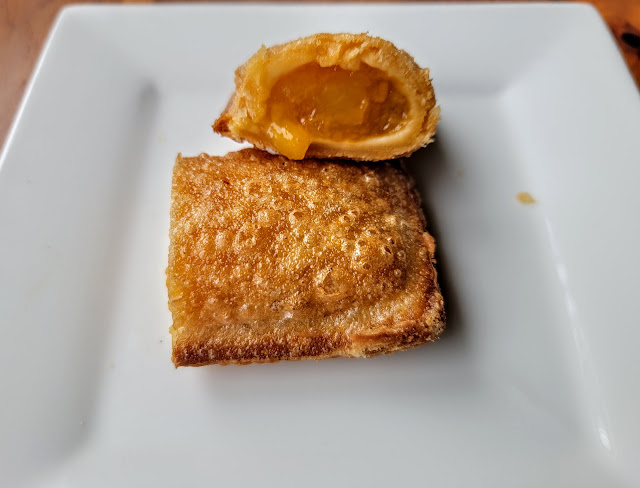 Finally, we tried their Mango Peach Pie and I have to say that this was pretty spectacular. I haven't had a McDonald's pie in at least a couple of decades but I don't remember them being this good. The crust on this was delightfully crispy and there was lots of tasty filling. This was another star on their menu for me. So early signs point to yes. In a few weeks, when the crowds die down. you will be able to dine in, but for the moment, it is take-out only.
BTW, in Seattle and the Philippines, their chicken is called Chicken Joy but in Canada, it is called Jolly Chicken. I'm not suggesting that there is any conspiracy here!
Food                  3 1/2 out of 5
Comfort             NA
Service              NA
Value                 3 1/2 out of 5
By Yes! We're Eating Vegan Again! at February 27, 2022
Email ThisBlogThis!Share to TwitterShare to FacebookShare to Pinterest