Google "vegan restaurants in Vancouver" and you will find "Vegan Fried Chickun" at 2961 West Broadway. On Google Maps, 2961 West Broadway lands you on "Tera V Burger". So I wasn't entirely sure what we were going to find there but we threw caution to the winds and headed there on Saturday morning. 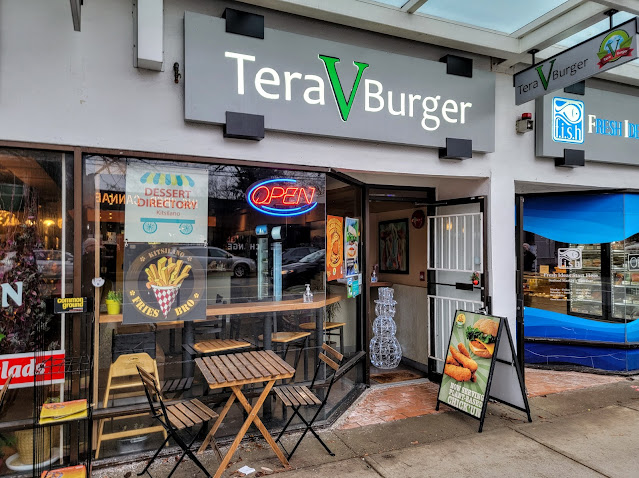 What we found was Tera V Burger which sells vegan fried chickun! In addition to vegan burgers and chickun in several different forms, they also have "fush" as plates or sandwiches. So we had quite a few choices but somehow ended up at the sandwich end of things whereas we could have branched out a bit. Nevertheless, we got a pretty good cross-section. It's an order at the counter and pick up when it's ready kind of place so that's what we did. 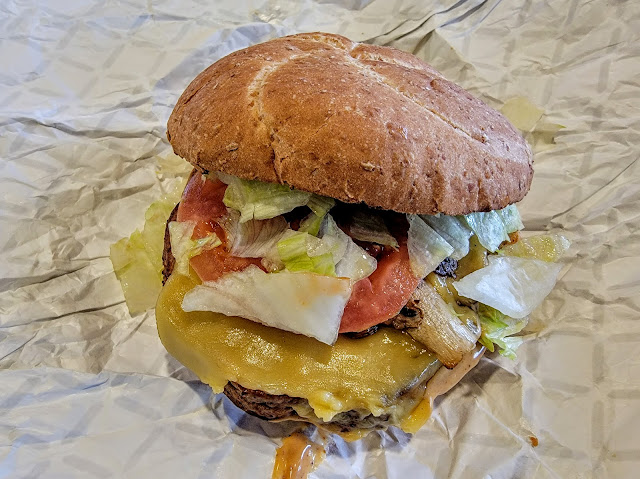 We ended up with 3 sandwiches which are kind of hard to tell apart in the pics but this was the Chipotle Swiss Mushroom Burger. The Swiss and mushrooms were pretty good but we did not detect a lot of chipotle. It was a nice messy burger with a good bun and a regular soy-based patty. Not a bad sandwich! 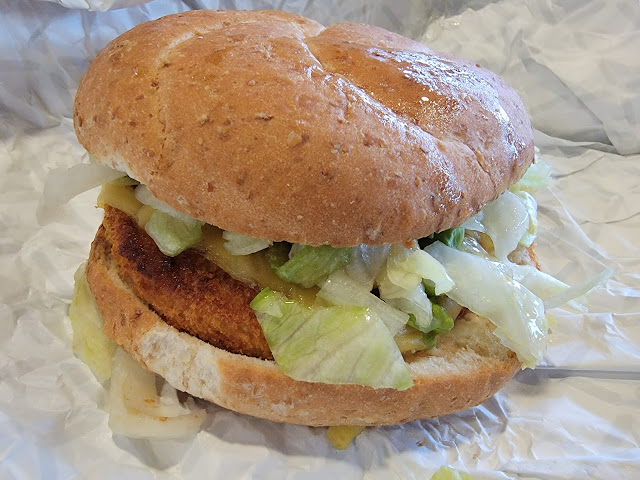 This was the Sweet n Chilli Crispy Chickun Burger and again, we were pretty impressed. The chickun was as good as any vegan version that we have had of bird and it was crispy as advertised. The sweet n chilli carried just a bit of heat. This was probably a form of the Thai sweet and hot sauce that we all have in our pantries and it was a good fit. 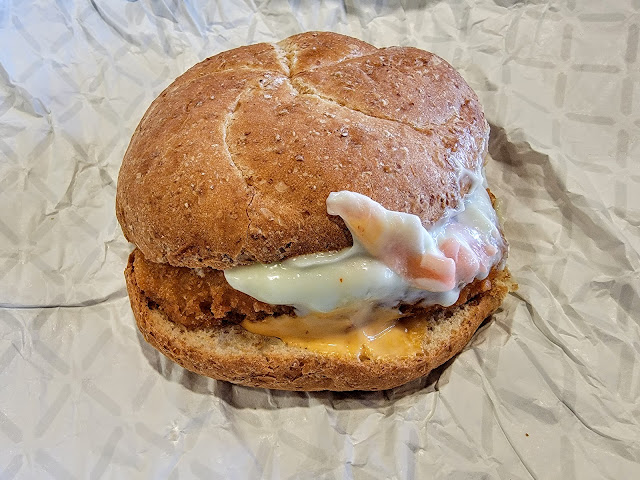 Finally, there was this Fush Sandwich with Wasabi Mayo. The fush options were not yet up on the menu at TVB but you can also get Fush and Chips and I don't know what else. The fush was a really good product. It surprisingly tasted just a bit fishy (should I say fushy?) in a good way and I can't imagine how they do that! This was full-on better than the McD's version and something new to us in our vegan adventures. It was definitely worth the drive! 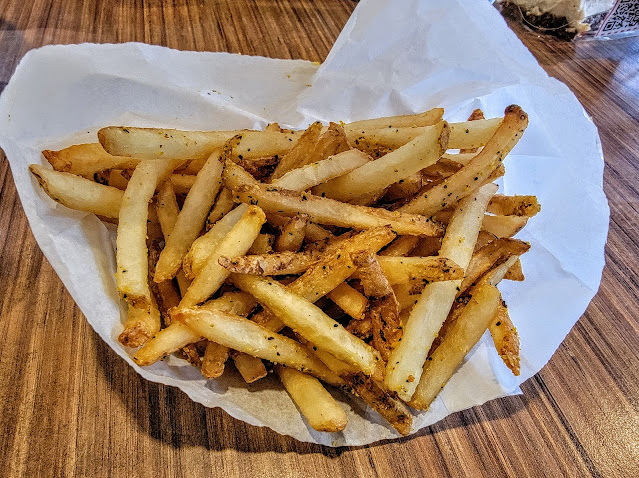 We ordered 2 of the sandwiches as combos which came with fries and a Boylan Soda. These were the good skin on thin fries that were very crispy and you can choose one of several toppings of which we chose lemon pepper. 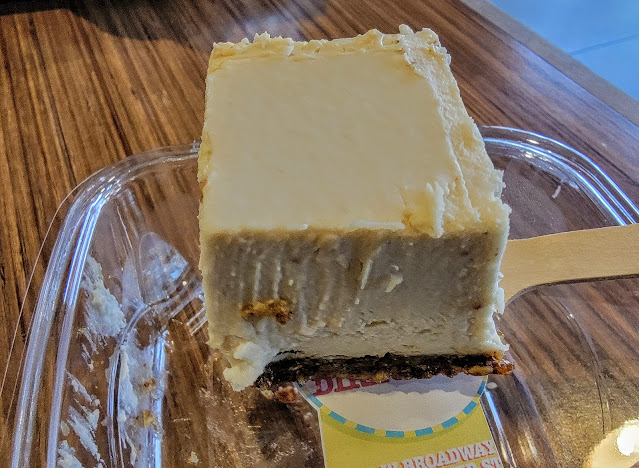 Finally, a piece of Lemon Cheesecake. This was really a treat. Mharie and I don't do a lot of desserts but we wanted to see how a non-dairy cheesecake tasted and it was great! Very good texture and nice lemony flavour. A little pricey at $7 for just a few bites but still pretty good! 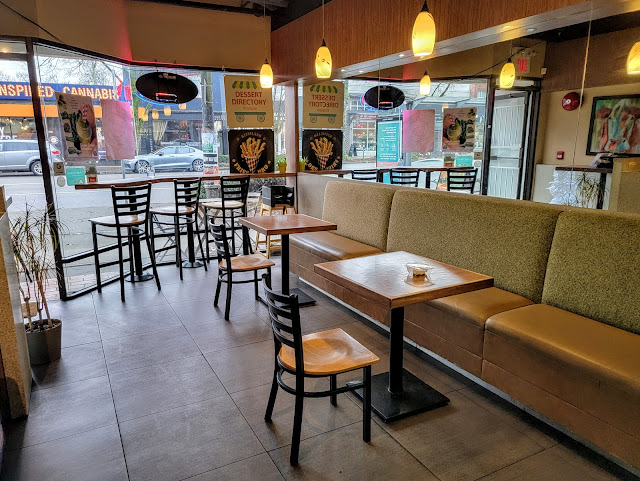