We felt right at home as soon as we walked into Ofra's Kitchen. It is not chic and fancy but nicely mismatched with a bit of the feeling that you have walked into a vegetarian restaurant from the 1970s. 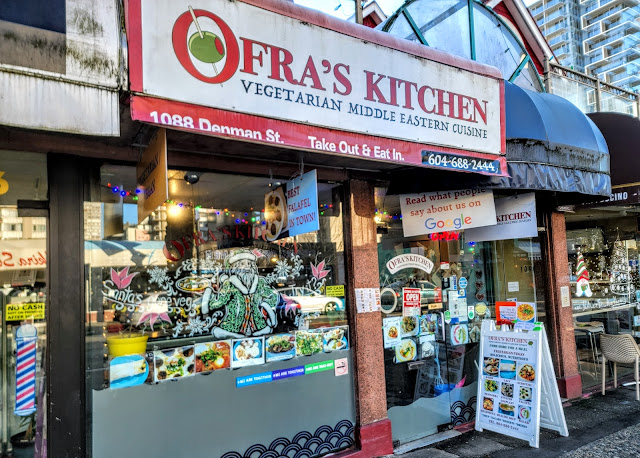 Considering that  Ofra has only been running her restaurant for two years (both of which have featured a pandemic) she has picked up enough accolades that we feel like she should be better known. On the other hand, we are sad to give away the secret. 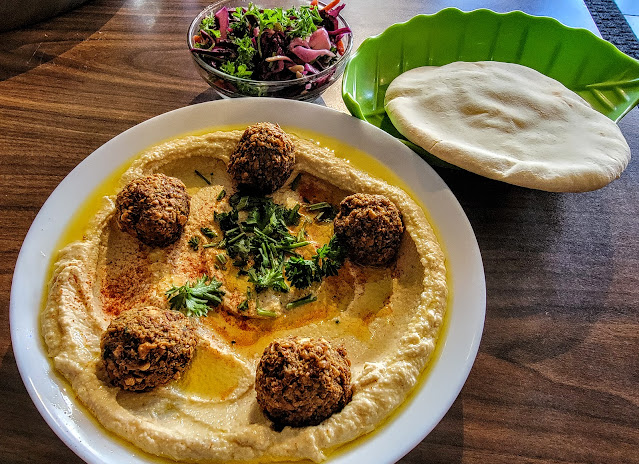 We ordered the Falafel Platter which seems like the consummate vegan dish. Ofra's falafel are on the crunchy side (intentionally) which surprised and delighted us! Served on a bed of hummus, rich with a dollop of olive oil and accompanied by a very good pita and slaw, it left us feeling full and yet not weighed down as some meat dishes can do. Very nice! 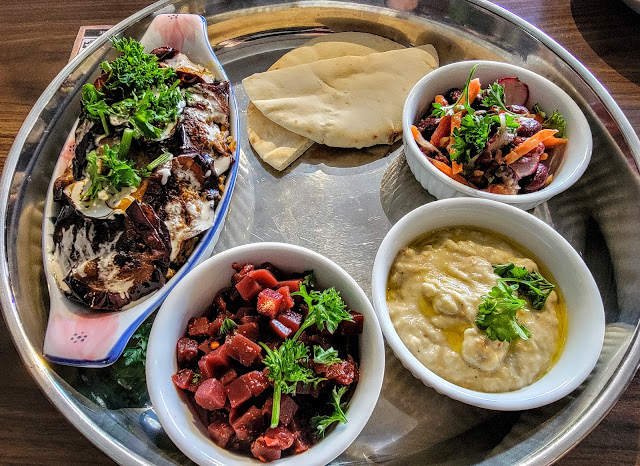 The Stuffed Eggplant platter came with 3 salads including a very tasty Baba Ghanoush. It was just slightly smokey from the roasted eggplant and delicious. Baba Ghanoush is underrated generally in comparison with its more well-known cousin hummus and that is a shame. The Beet salad was tart and a little crunchy. The third salad was a refreshing slaw. 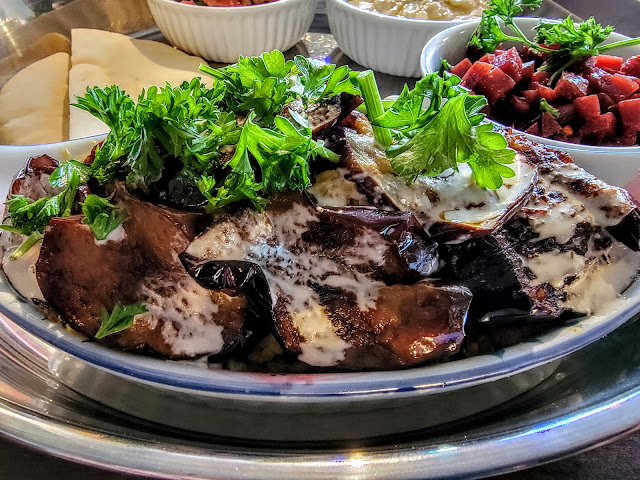 The Stuffed Eggplant itself was somewhat moussaka-like. The bottom layer was a vegan ground meat and rice layer with some mild spices. On top was roasted eggplant and a creamy sauce. It was the definition of comfort food. 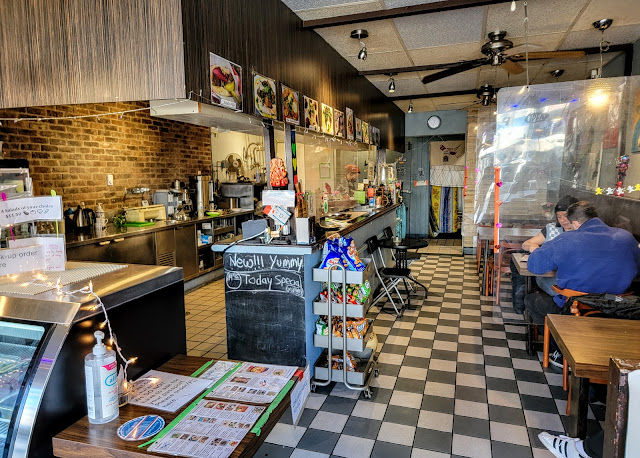