Duffin's Donuts has been forever the place you could go in the middle of the night for fried chicken and donuts. There is virtually no one from the area who has not been there except for Mharie and me and we have long intended to check it out at least once. Located at the corner of 41st and Knight, they no longer serve the Chinese food or noodle soup alluded to on the exterior awning but you can get a decent torta.  Bonus...there is parking! 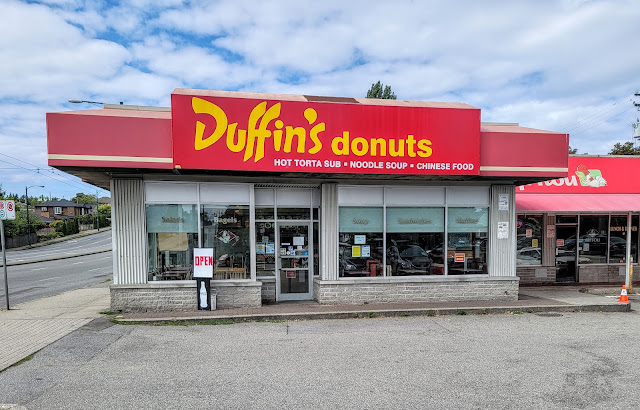 DD is not entertaining inside diners at the moment but seems to be keeping busy with take-out. It looks a little scruffy these days but we found the eats to be solid. Not spectacular but solid. 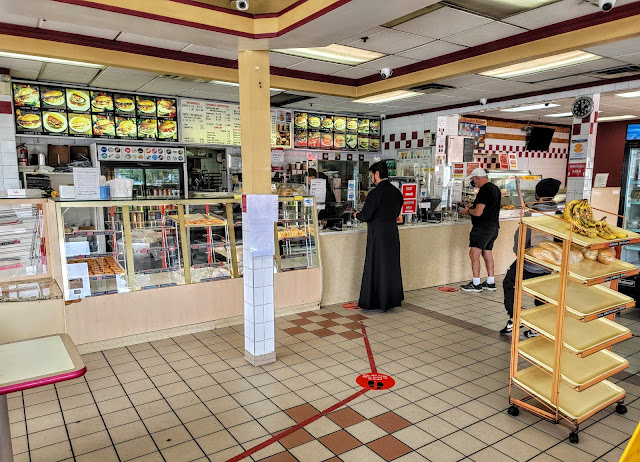 Obviously, you line up and place your order then step aside and wait for it to be packaged up which happens pretty quickly. The folks were friendly and we were impressed by their multi-ethnic nature and the fact that everyone moved pretty quickly! Also, everything was decently priced and I kept thinking that they had made a mistake (they hadn't)! 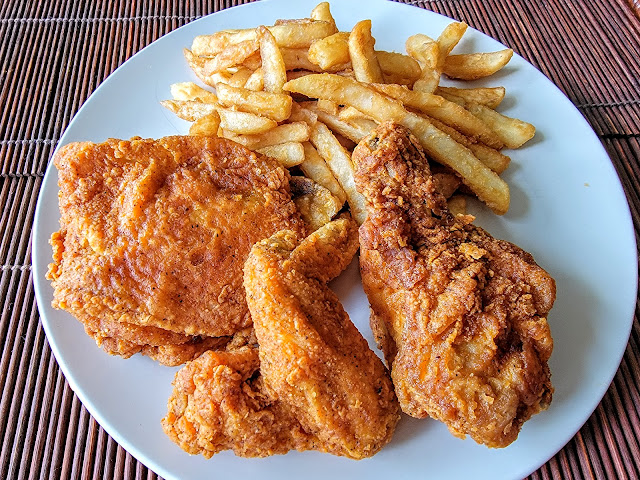 The fried chicken is very good. It is Fritou Chicken which is a Quebec brand of pressure deep-fried chicken available in spicy and regular flavours. Fritou has opened an Abbotsford franchise which we like. The 3 piece and fries for a little over $8. I expected 3 puny pieces but it was actually a generous portion. We chose spicy and it was mildly so while being pretty crispy and moist even after the trip home to Aldergrove (we warmed it in the air -fryer which worked well). The fries were OK also. 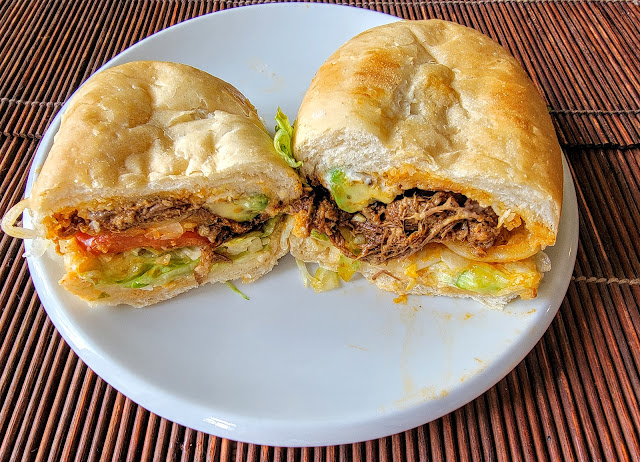 We ordered a Machaca Torta as well. For a place that serves donuts and fried chicken, this seemed to be about as far off-topic as you can get so we had to have it! Machaca is traditionally Mexican dried beef but often that is what shredded beef is called. At any rate, it was a pretty decent sandwich. The bread was tasty enough and there was enough lettuce, tomato etc to keep it from being dry. 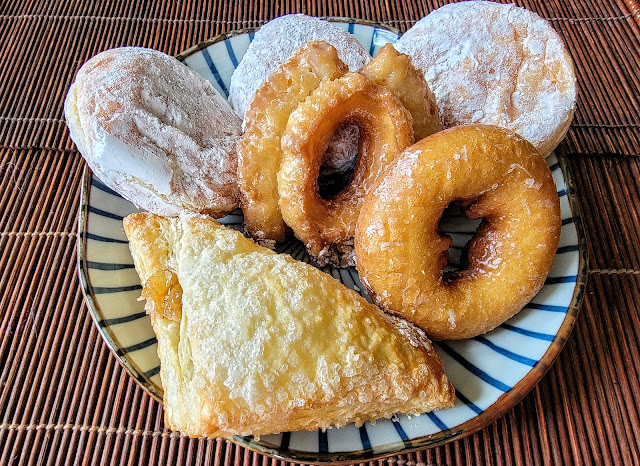