Liberte Cafe and Restaurant is another one of those places that I stumbled across on Google Maps while looking for something else. A little review of their website left me suspicious that there was some Filipino influence on the menu despite the fact they do not advertise themselves as such. So Mharie and I set out to get to the bottom of this mystery! Located at the corner of Vaness just off Boundary Road, they are open 7 days a week and so we dropped in about lunch time on our way home from spending the weekend in Whistler (more on that in future posts). 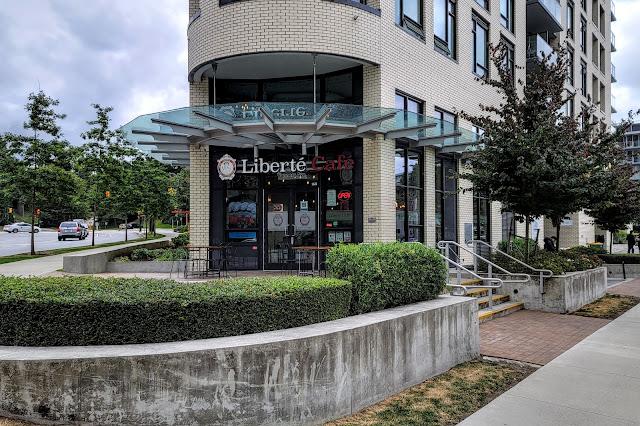 The first hint that there were Filipinos involved was the presence of ube on the menu in several forms. Ube is, of course, purple yam but I asked, how can you incorporate yam into a latte? 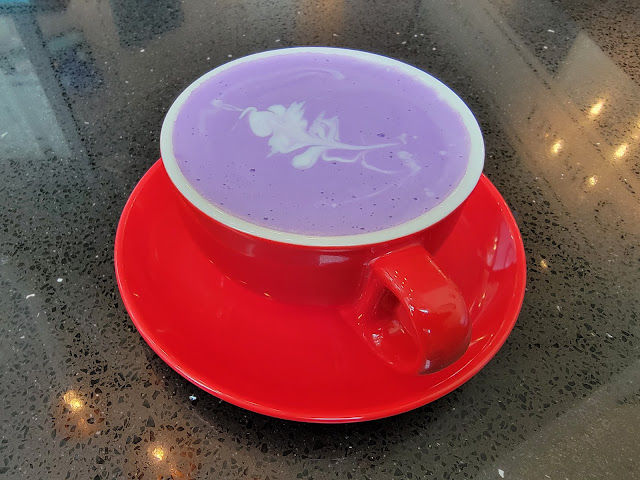 It turns out that there is an extract available that makes sense and this latte was very good! Don't be put off from trying this by the curious combination. The ube adds richness and fits into this drink perfectly! If you did not know, you would never say, "there is yam in my coffee"! The ube appears in other concoctions also such as cookies and waffles. 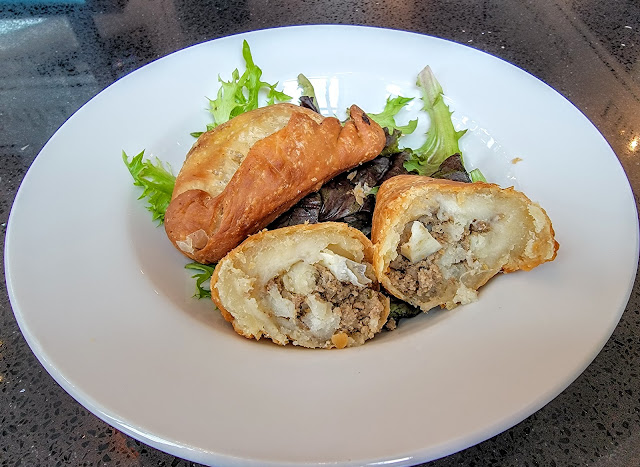 Next, we tried a couple of Empanadas. I know that empanadas are a Mexican/ South American thing but they are also a Filipino mainstay. These were very good with ground chicken, potato and egg. The pastry is just a touch on the sweet side but works well with the filling. It is a bit flaky but doesn't fall apart on you. 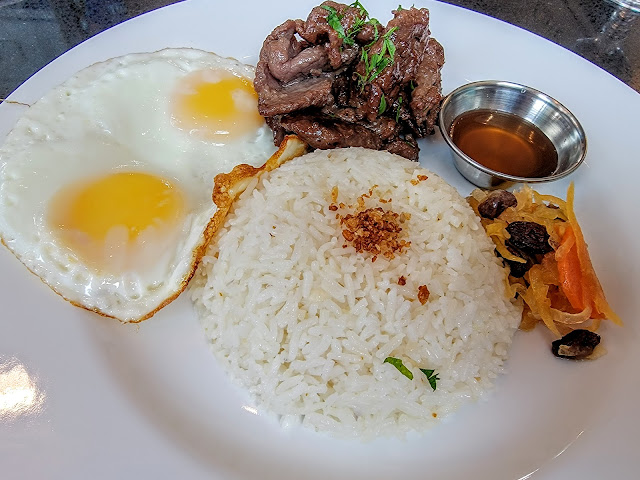 Another clue that there were Filipinos creating the menu are the silogs (breakfasts). Mharie chose TapSilog which is beef sirloin marinated and grilled and served with garlic rice, a couple of sunny side up eggs and some pickled papaya relish. The beef was very tender and came with some vinegar for dipping. 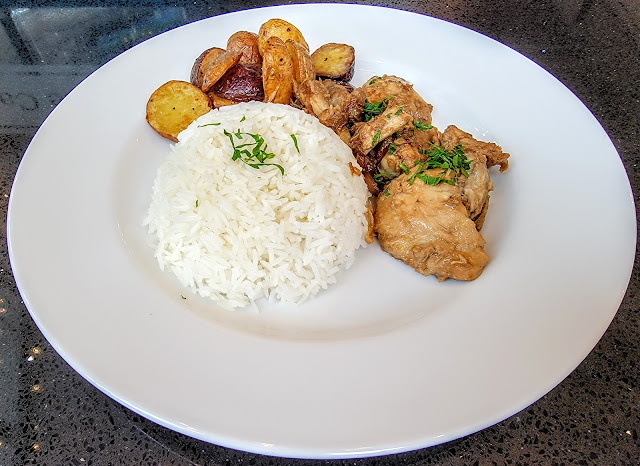 I had Chicken Adobo with rice another iconic Filipino dish. It came with some pretty decent pan-fried potatoes. The chicken was very tender and I could just taste a hint of the vinegar which is part of the marinade. We noticed that all the dishes were artfully arranged which is not something that Filipino joints usually concern themselves with too much. 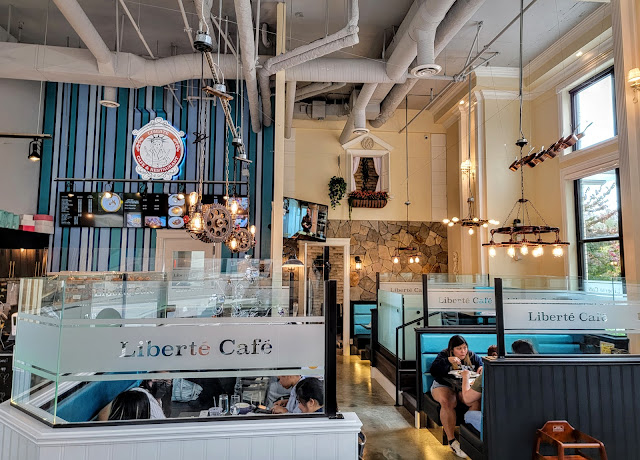 This is a very chic space with high ceilings and interesting decorative touches especially the light fixtures which are sort of industrial-inspired with gears and wheels. The space is divided into a dining area and a cafe where you can get coffees and assorted baked goods some with Filipino touches and some without, to go. 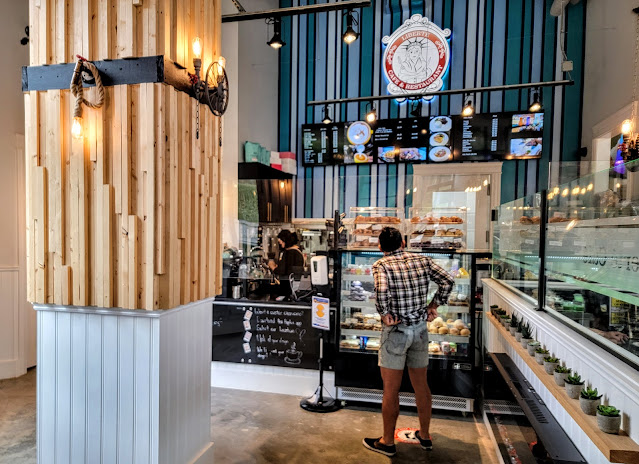