Oak and Thorne - Dine Out Vancouver

Under the umbrella of the Joseph Richard Group, there are about 20 establishments in the Metro Vancouver area. I kept seeing the same Dine Out menu as I browsed and realized that it was all from this group of restaurants. It sounded pretty good and there is a JRG place close to home on this semi snowy weekend which would be easy to get to! 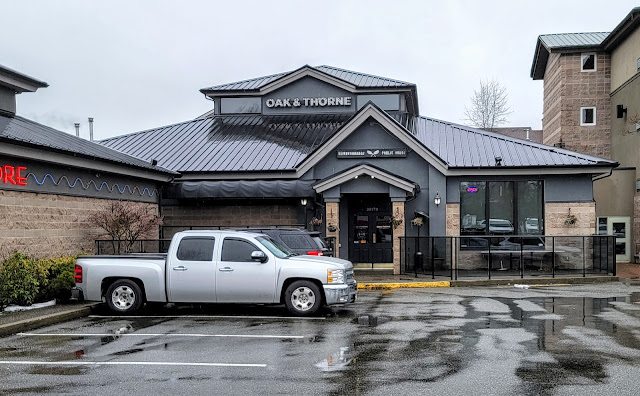 Sort of partly hidden in Walnut Grove next to the Sandman Inn, we all have Google Maps so it was not a problem. It is essentially a pub and sports bar but we liked this place. It is a little cavernous, a little worn but still welcoming and comfortable. 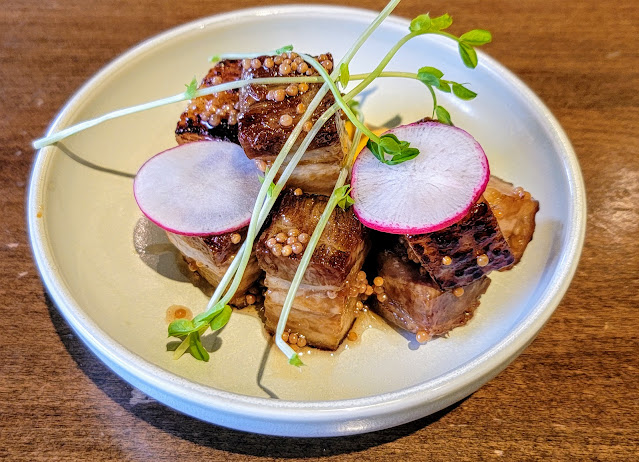 So we opted for their dine-out menu times one which started with Crispy Maple Pork Belly with Spicy Mustard. Really it was the sight of Crispy Pork Belly on the menu which convinced me that this wasn't run-of-the-mill pub food and that we should take notice. And this was very good! Fatty and rich as pork belly tends to be, it has a nice crispy exterior and went beautifully with the maple and mustard flavours. 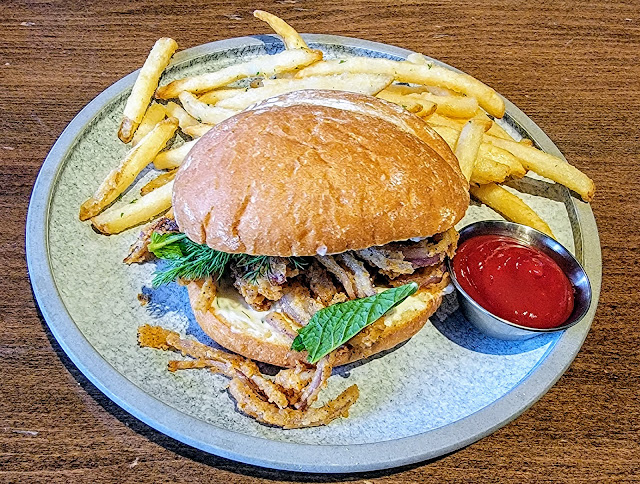 The next course of the DOV menu was the Calamari Burger. Sounds pretty creative and tempting but the reality was just OK. The squid itself was crispy enough but the rings were very small and pretty chewy.  The tzatziki, red onion and mint saved it a little bit and the bun wasn't bad either. It came with fries that were of the coated variety and stayed crispy. The third course was a S'mores Peanut Butter brownie the photo of which I managed to lose. Use your imagination. Who doesn't love a brownie? 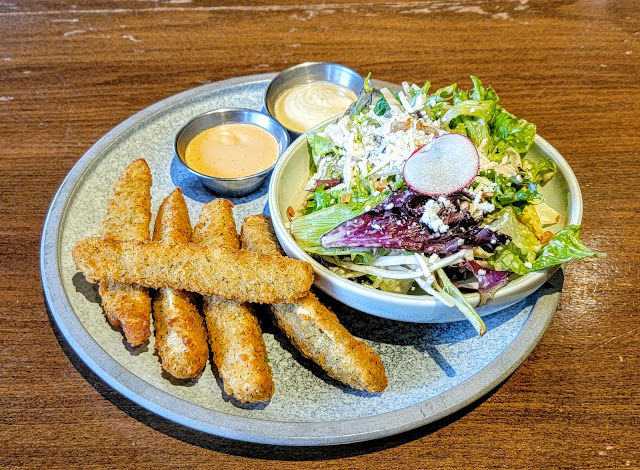 We went off-script to try a couple of other things also. I always order Deep Fried Pickles when I see them and these came with a nice little salad. The coating stayed crispy on the pickles which was impressive. Sometimes these things can get soggy. It came with horseradish and chipotle dips. Nice! 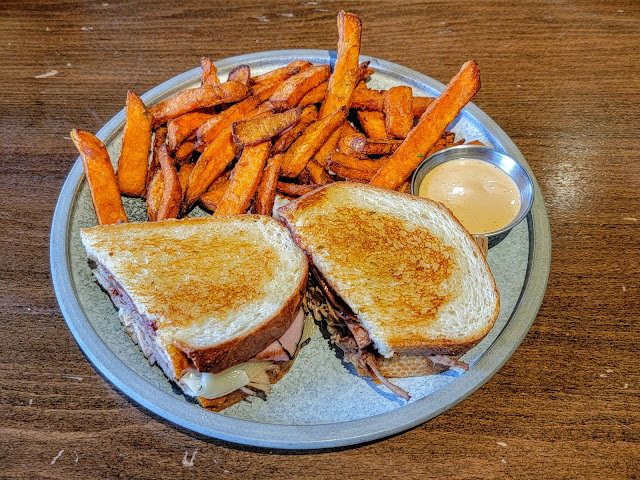 Finally, always on the search for a great Cubano, we gave this a try. The centre was as expected with roasted pork, ham, cheese and some dill pickle. I was a little disappointed that the bread was toasted grilled cheese style rather than in a press. The bread itself was ok but still not the French Bread that we were hoping for. It was a tasty sandwich overall and since we're not in Miami, I won't complain (any more than I already have). 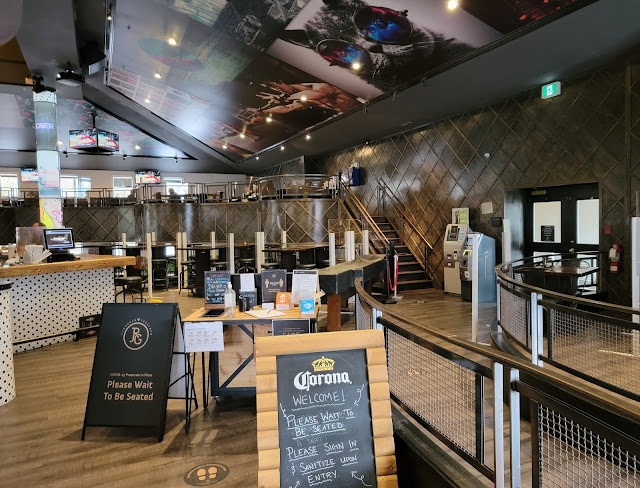 By Yes! We're Eating Vegan Again! at February 18, 2021
Email ThisBlogThis!Share to TwitterShare to FacebookShare to Pinterest