You may not have heard of Copper Branch. I hadn't either until I Googled "vegan eats in Vancouver" and there it was. They have heard of this place in Eastern Canada where they are based and there are a dozen outlets in Montreal alone. 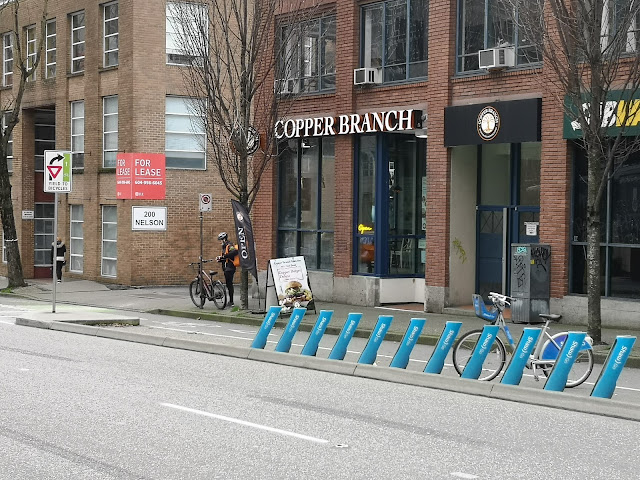 C.B. is located on Nelson in Yaletown and it is likely only the first of many Metro Vancouver locations (just a hunch). This may well be the largest vegan chain in the world. It s a casual place where you order at the counter, they bring you your food when it's ready, you get your own water and bus your own table when you're done. As for the menu, it is varied and on the creative side with a lot of the usual bowls, burgers, sandwiches and other warming and healthy fare. 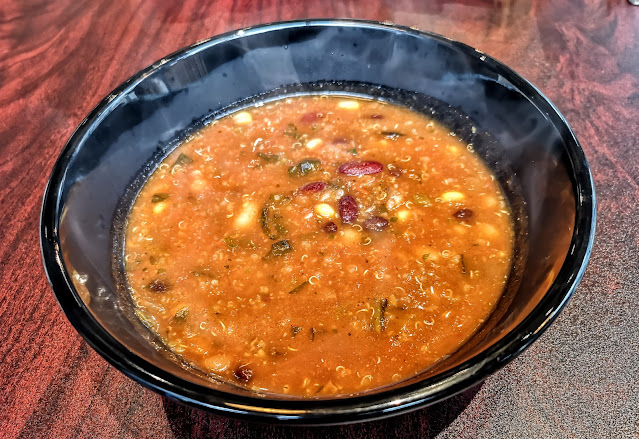 We started with a bowl of chili which was tasty enough if not startling. There was a good helping of quinoa in with the other usual ingredients which we enjoyed. We were surprised by the price which was only $5.95 leaving us expecting the serving to be much smaller. This seemed like a good value. 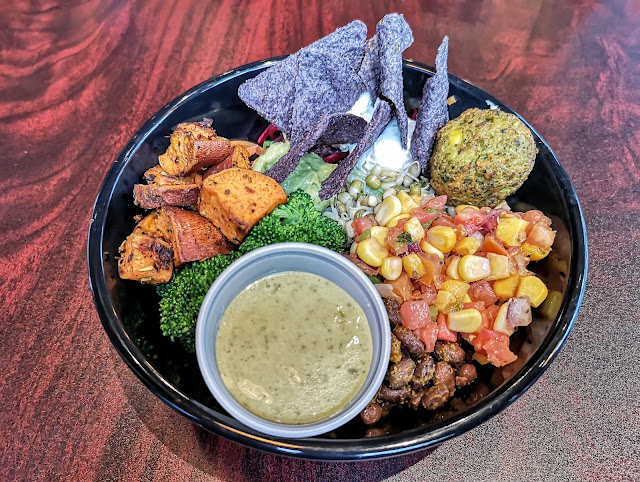 Also surprising price-wise was the Aztec Bowl which we ordered in the"mini" size at only $10.95 which to our thinking was not mini at all. You have your choice of bases and we asked for Konjac Noodles. Konjac is a root from which Japanese style noodles are made. They were almost clear with just a nice light chew. You also chose a protein and we opted for carrot keftedes a sort of carrot meatball. This was all topped up with a bunch of nice beans and vegetables including salsa, some tortilla chips and sour cream to make it Aztec. This could almost be lunch by itself. BTW, this was some of the best vegan sour cream that we have had. 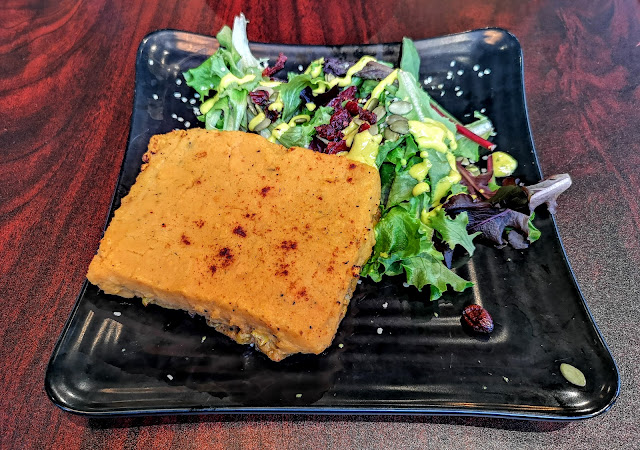 We were a little disappointed with the Sweet Potato Shepherds Pie. A little like the experiences you may have had at MacDonald's, the website picture did not represent the actuality. It was served cold which was just wrong. The texture was not what we expected (again the website photo was what set up our expectations). So not a great dish but the side salad was at least more than an afterthought. Presumably, just a dish being tried out on their menu. 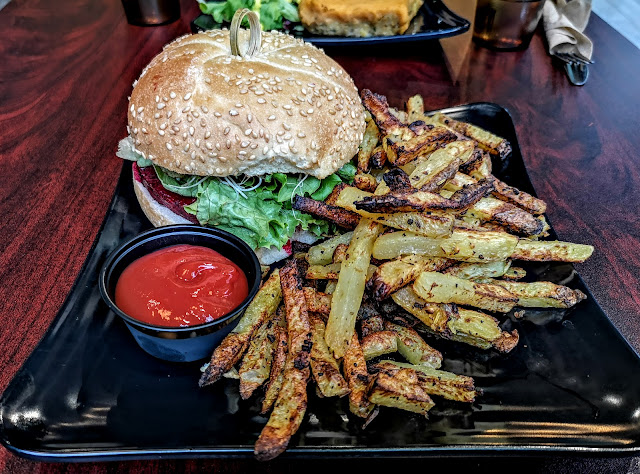 Finally, we ordered a Copper Deluxe Combo (yes, we had leftovers for dinner later) which came with oven-baked fries. I am a big advocate of plant-based restaurants having deep fryers but that doesn't seem to be the case here. The oven fries were, however, quite good. They came with a nice bit of charring and were coated in the house spice which was salty and just a bit middle eastern, I think. 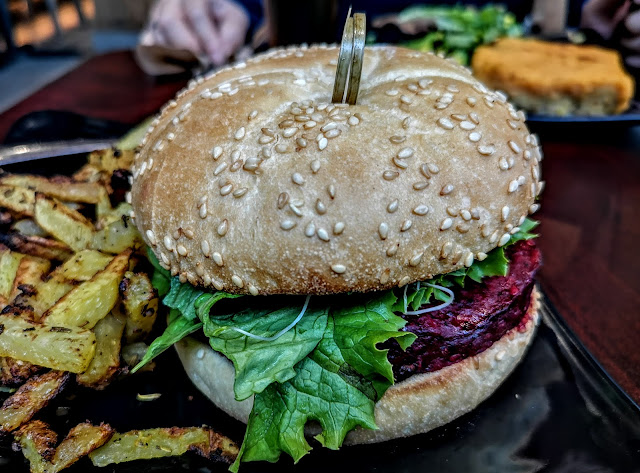 The burger itself starts with a beet patty which was very beet forward and worked well! A really decent bun, caramelized onions and fixin's including potato chips. Very nice! 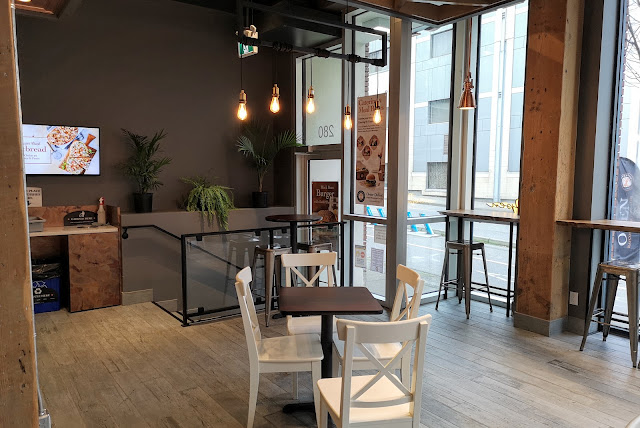 By Yes! We're Eating Again! at January 18, 2021
Email ThisBlogThis!Share to TwitterShare to FacebookShare to Pinterest