Veggie Bob's could easily be called Vegan Bob's although I think Veggie kind of rolls off the tongue a little better. That being said, there is nothing on the web site menu that is not labelled vegan. I suppose they reserve the right to serve an egg if they decided to. Located on the main drive of Fort Langley just as you arrive in town, I expect that Veggie Bob's has been around for a while. Obviously, I should have asked. 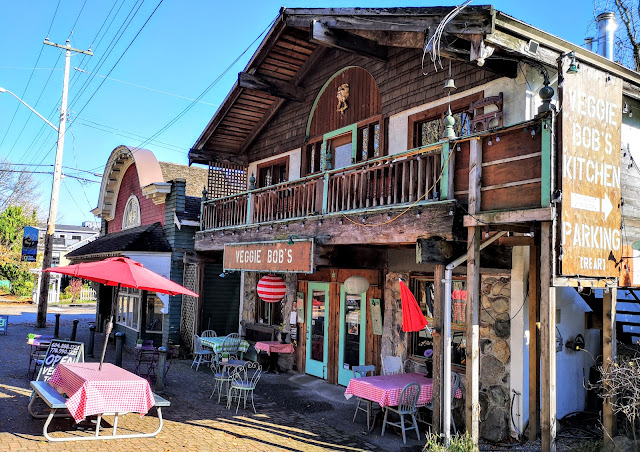 We opted for take-out as lately our pandemic numbers are growing more alarming but there is outside seating and they are decently spaced out and masked up inside. We would have felt fine about dining in. 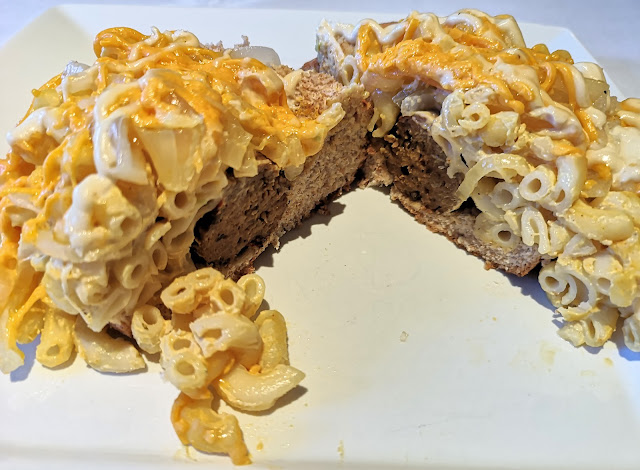 The menu at VB leans Mexican but their most notable achievement are house-made sausages based on wheat kernels, beans, peppers herbs etc. They are frankly pretty good and kudos to VB for not relying on Beyond Meat products (not that that would be such a terrible thing). They show up in a series of dogs (or sausage on a bun if you prefer) of which we tried the Mac and Cheeze Sausage Bun. Served on a regular (whole wheat) hot dog bun and with house-made vegan cheeze, it was not too bad. The sausage was the highlight with a meaty texture and taste. The cheeze could use some perking up but that seems to be the way with vegan cheeze. 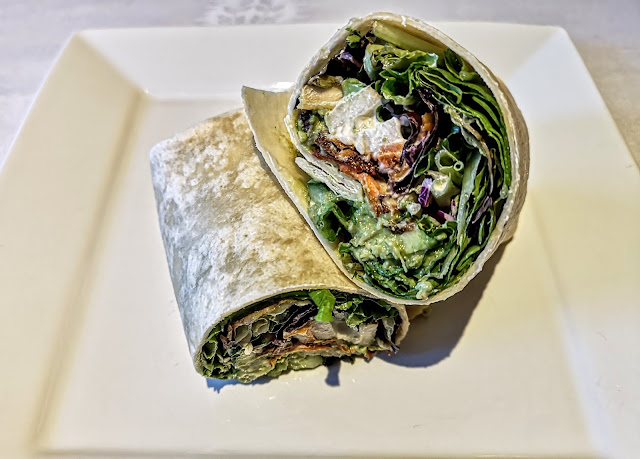 The Cravin' Asian Wrap struck us as a little more adventurous than some other menu items and was tasty enough but not a huge home run. Described on the menu as being filled with rice and sweet potatoes, it was actually heavy on the greens with some nice textured Asian veggies and a mayo-based sauce. Flour tortillas do not blow my mind either. It was again, tasty enough but a little on the pricy side at $12.95. I don't mention prices too often here but I would expect a little more for that price. 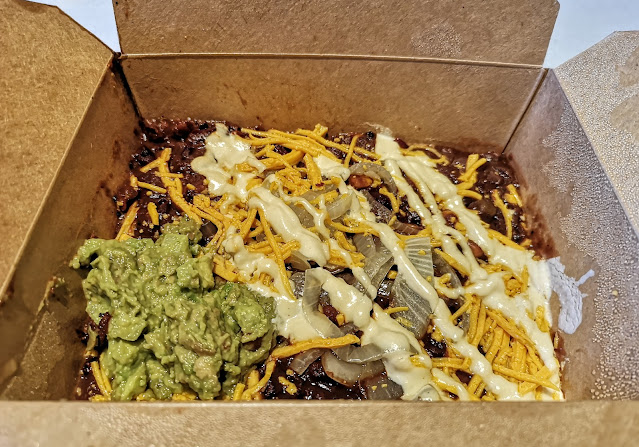 The Chilli Planet Bowl was actually pretty good. It was a little too messy to try to plate at home, so we happily ate it from its take-out container. The chilli itself was OK but not surprising (could have used a little smokiness) but the toppings brought it up a level. Again the house-made cheeze, guac and cashew crema were a credit to their made from scratch formula. 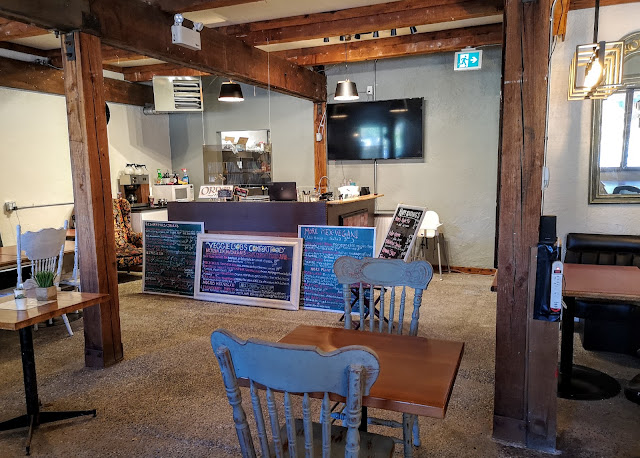 By Yes! We're Eating Vegan Again! at November 14, 2020
Email ThisBlogThis!Share to TwitterShare to FacebookShare to Pinterest