Bad Apple just opened up in the space previously occupied by What's Up Dog? Interestingly, while focused on hot dogs (what gave it away?), WUD also offered some vegan choices. BA is completely new ownership, (the same staff as previously) and all vegan choices! Both places have been on my list and we finally got there this past Saturday in the am. 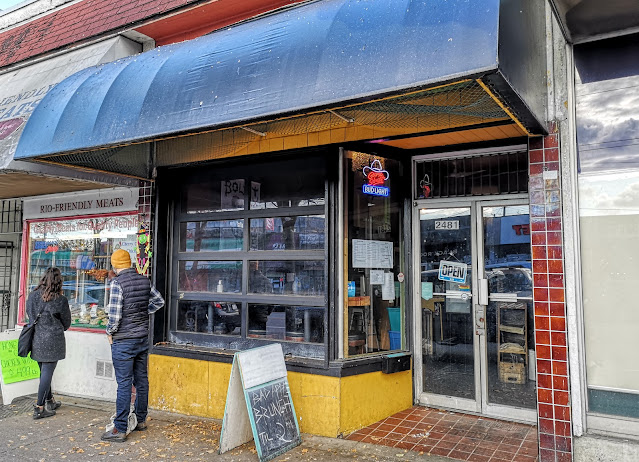 Signage is a little weak at the moment. At least they have a sandwich board. I assume more identification will come soon. We came early, prepared to get take out but since we had the place to ourselves, we decided to eat in. Also, since no one was here, the chef didn't mind if we ordered from the day time menu and skip brunch (the website did not mention brunch). 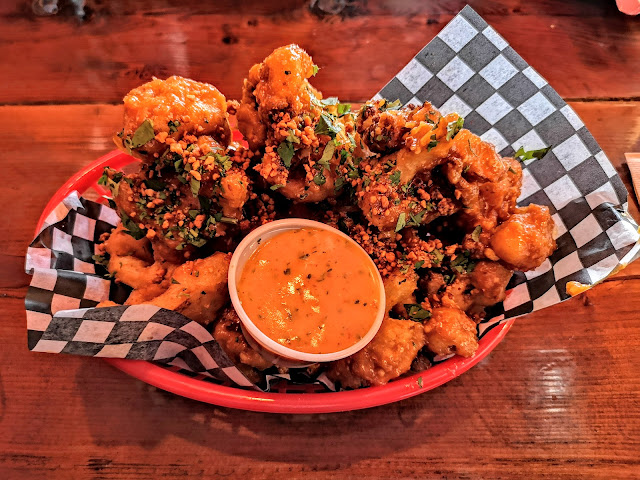 We started off with Cauliflower Wings which are obviously breaded and deep-fried flowerets complete with sauce. They come in a bunch of different flavours (we chose spicy-peanut) with a bunch of different dips (we chose chipotle mayo). These were pretty good being crispy and hot and I loved the sauces while Mharie was a bit taken aback by the sesame oil flavour ( the underneath pieces were less sauced). 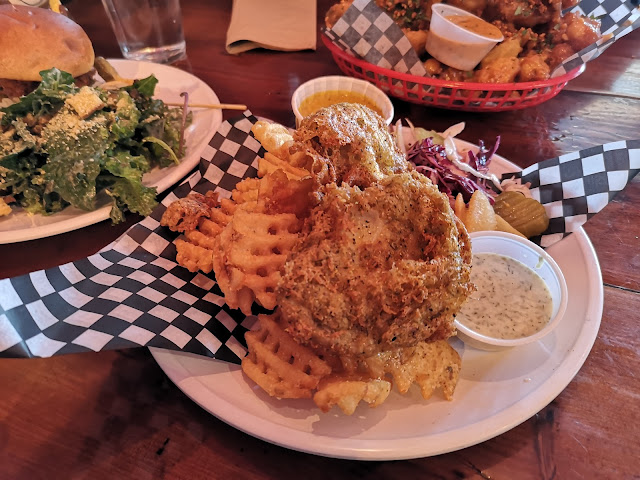 Shrooms and Chips were next up and this was very good! This was oyster mushrooms battered and deep-fried. They were surprisingly light and in fairly large pieces. We were more than a little impressed! They do regular cut and waffle fries which we ordered with a side of queso. Pre pandemic, I was in Houston and discovered queso (which means cheese but so much more) and have not seen it often since. This vegan version was really not too bad. Cashew based, I assume, with a hint of cumin etc, we give it high marks. 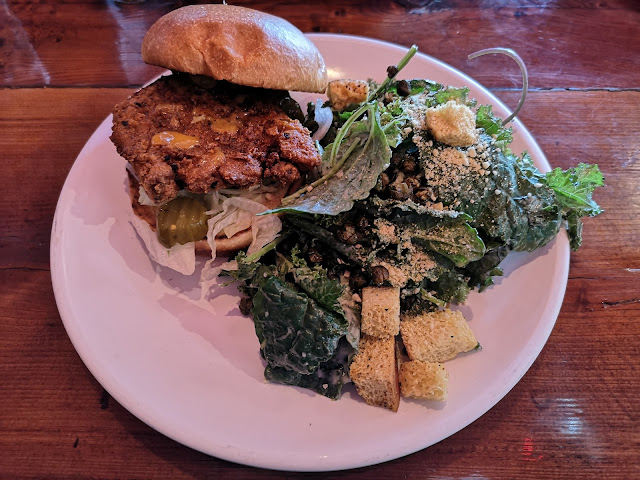 We also shared a Southern Spicy Seitan Sandwich (not very spicy but you can get hot sauce on the side) with a Kale Ceasar. This was a really good use of seitan (basically vital wheat gluten bread) battered and deep-fried on a sandwich with butter pickles and lettuce. Really good! 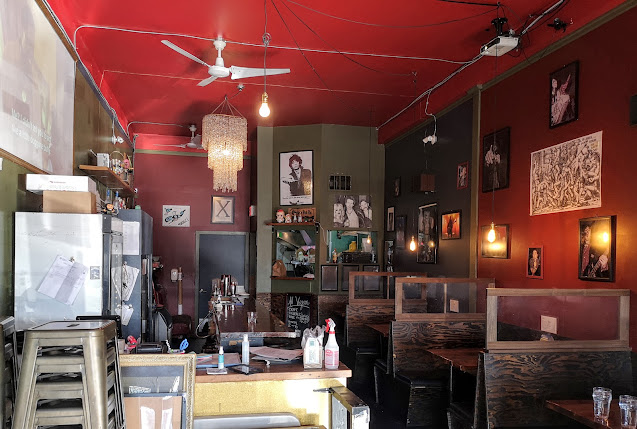 By Yes! We're Eating Again! at November 11, 2020
Email ThisBlogThis!Share to TwitterShare to FacebookShare to Pinterest