Wha...? Vegan in Abbotsford, in a shopping mall food court, no less. I stumbled across Sy's Vegan Bistro by Googling "vegan in the Fraser Valley". The results were meagre but there was Sy's. Not always anxious to order food from a food court (except for Asian mall food courts which are a vastly different thing), we nonetheless decided to take SVB for a spin. 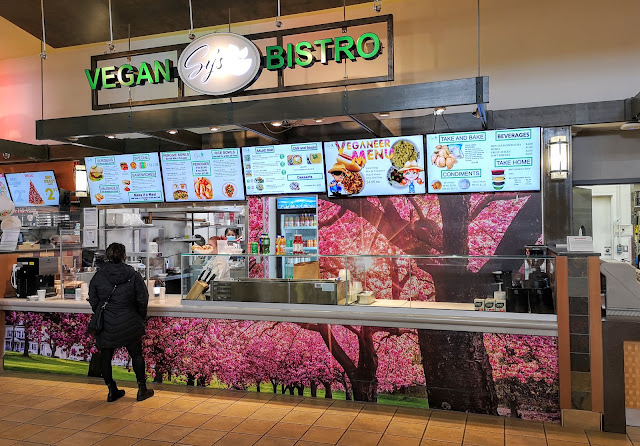 Sy's may serve mall food but it's pretty good mall food. They have a few burgers on the menu but no fries. They are using Beyond Meat patties and sausage which is fine but I can easily do that at home so we gave those items a miss in order to try some other things from their fairly extensive menu. 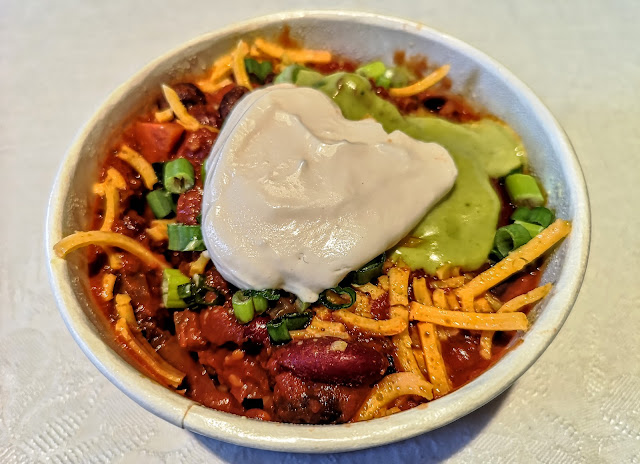 They have a few smaller sized dishes so we were able to try more than usual which we liked. The Mini Mex bowl gave us a taste of their house-made chilli with all the fixin's served over rice. The green sauce is a cilantro lime dressing (also house-made) which was quite good (as was the chilli). It is not a scary guacamole thing as I first thought! 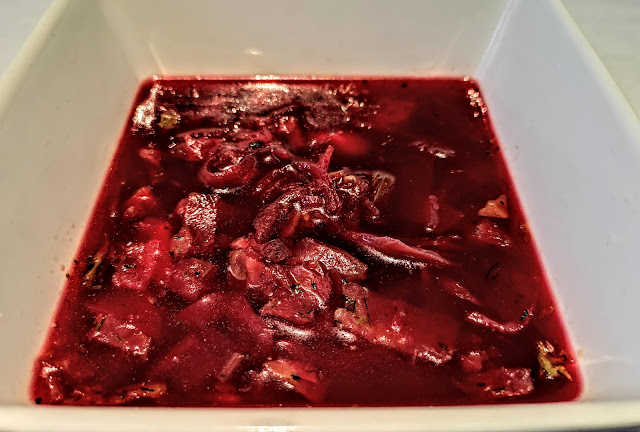 Also, in small-sized take-home portions (or you can get them in 1/2 litre or 1-litre portions for take home) were Beat (sic) and Greens Borscht, 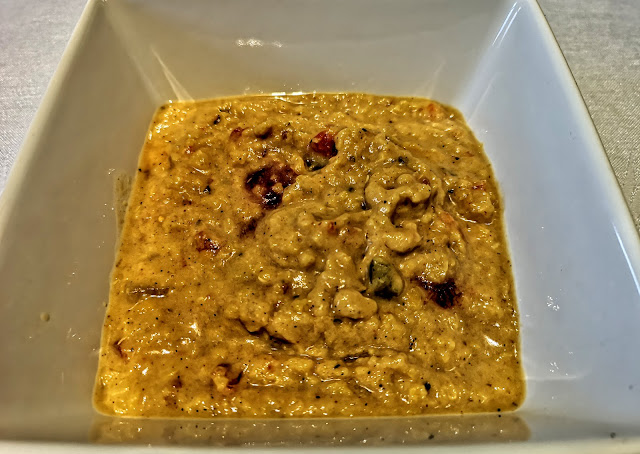 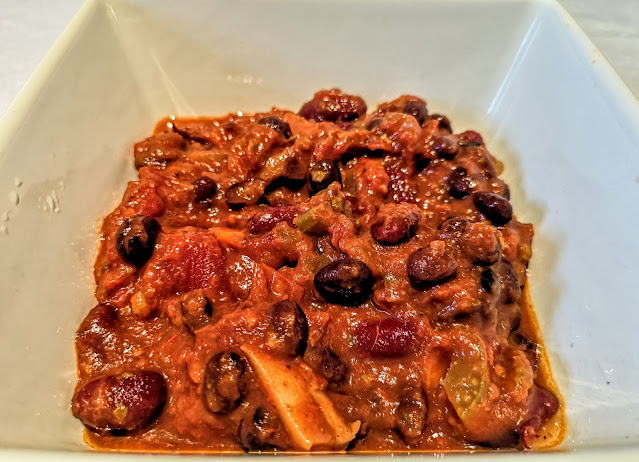 and more Chilli (the overlap was mine). All of these were full-on decent and comforting. 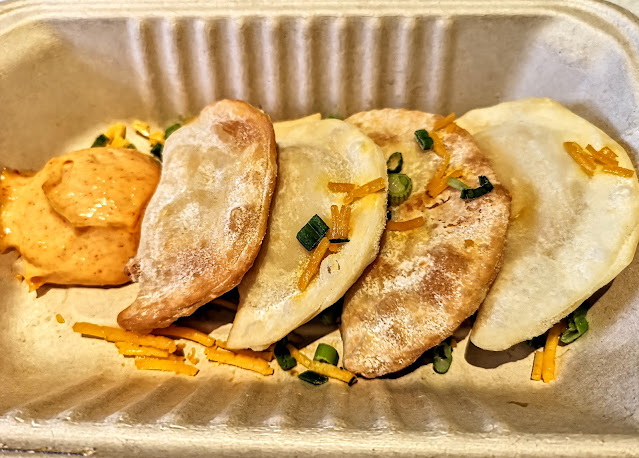 They serve perogies in a variety of arrangements (in a Canadian Bowl, with bratwurst, with curry etc.) but we tried them on their own with a house-made vegan mayo. Very good! 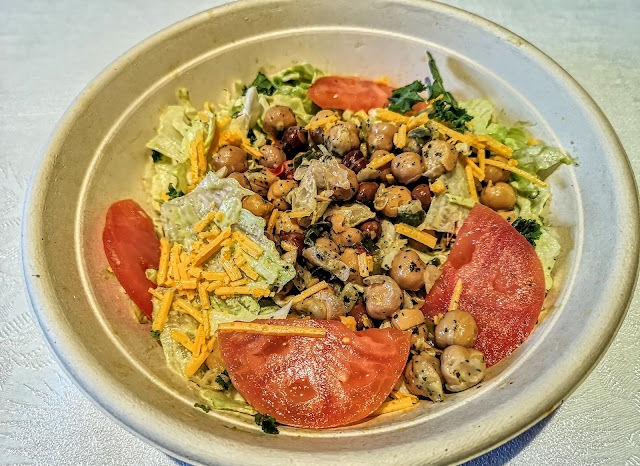 By Yes! We're Eating Vegan Again! at November 20, 2020
Email ThisBlogThis!Share to TwitterShare to FacebookShare to Pinterest