I recently found out that Veganuary is a thing. So I will be taking the pledge to be a vegan for another month namely January 2021 because I believe that the whole vegan/vegetarian movement needs to be promoted as much as possible for the good of us all and future generations. For the record, I am not a full time vegan or vegetarian. I call myself a week-day vegetarian and I am not even very religious about that but I lean heavily towards plant-based living. This month (November or World Vegan Month) I am being a good vegan. Anyway, For a moment, thinking about Veganuary, I wondered how many more vegan restaurants or places with vegan options there are that we could visit! The good news is that new places seem to be popping up all the time and an example of that is Mila! 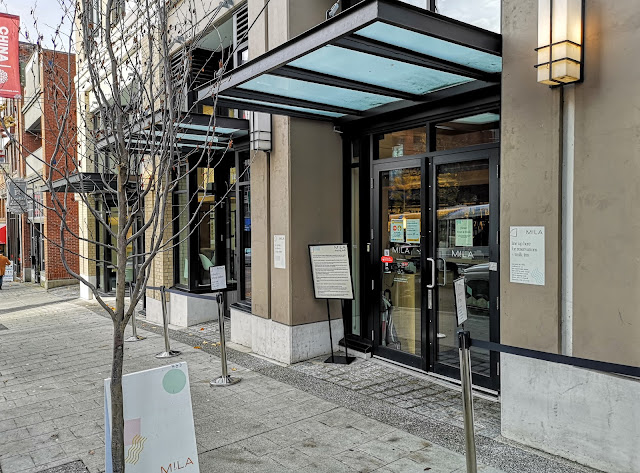 Mila is owned by the same people that own Virtuous Pie and Tomorrow Foods. They are located just around the corner from Virtuous Pie in Chinatown and as usual, we arrived unfashionably early and were seated for lunch right away.
We have been comfortable dining out all along during the pandemic as restaurants apply social distancing rules and are even more comfortable now as mask-wearing becomes mandatory in all public spaces. Those concerned about their constitutional rights are probably still fuming that they can no longer smoke in restaurants and airplanes (are you old enough to remember that?) but where do your rights and the rights of others cross? Anyway... 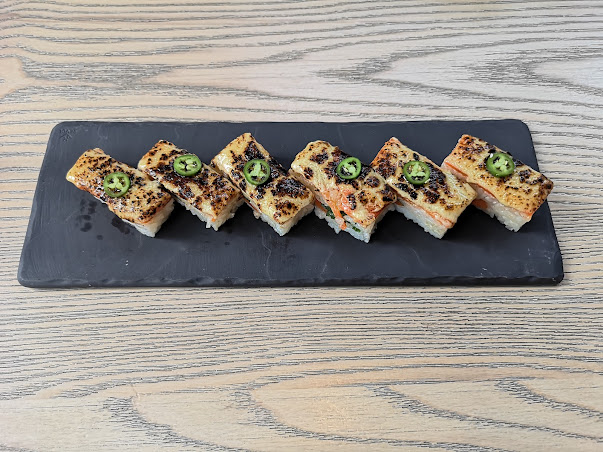 The thing that I was most anxious to try at Mila was their already famous Aburi Oishi Sushi. First Mharie and I both tentatively tasted a whole piece and speaking for myself, it exceeded my expectations! With the next piece, I broke it down to try to discover the secrets of the component parts. 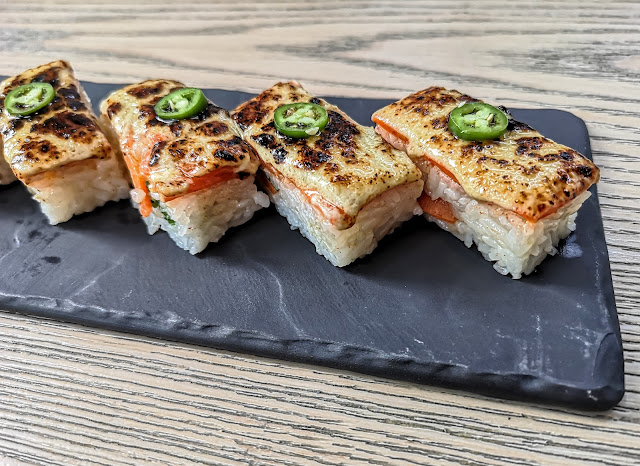 The 'salmon' is smoked carrot. According to an interview that Vanfoodster did with the chef, the process is laborious and time-consuming but the result is amazing. I tried to coax information out of our sever but the only hint he would give me was powdered seaweed and vegan mayo! 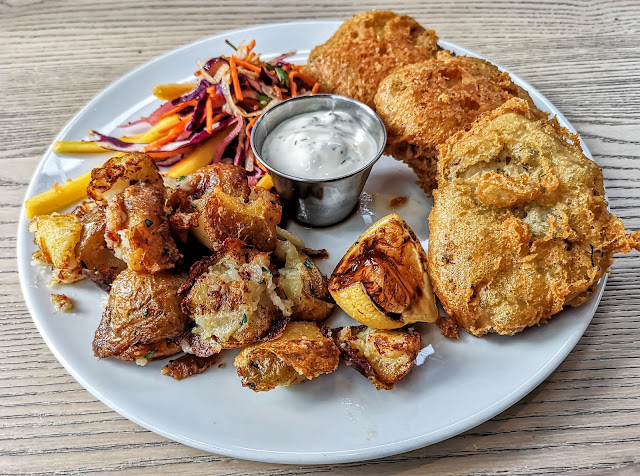 Next up was Fish and Chips. In this case, the 'fish' was celeriac! What a great idea! It was both meaty and delicious, and the batter was perfect. Even the oil tasted a bit like good fish frying oil tastes as it 'matures.' Of course, the celery root didn't taste exactly like fish but that is the point and it still may be the best vegan version that we have tasted.! Served with a mango slaw that was great and Smashed Potatoes that had lots of crispy extremities! The tartar sauce also rocked. 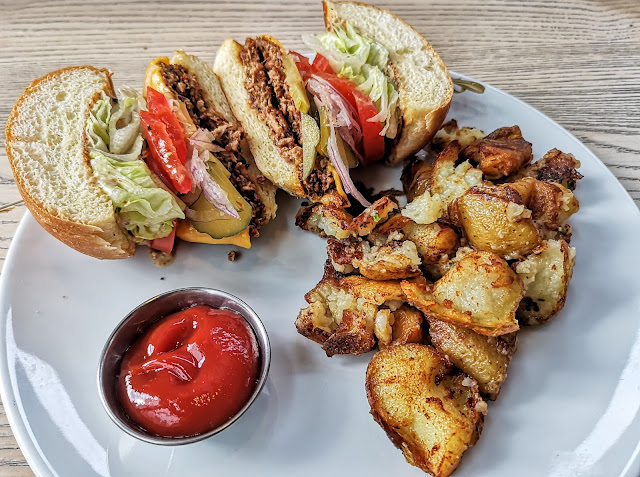 Then there was the Smash Burger and more smashed potatoes. The server kindly had it cut into two for us to share which made it impossible to stand up but easy to check out the ingredients. Up until that moment, my favourite vegan burger, believe it or not, was from Bells and Whistles but this one is now top of my chart. The patty is made by their own Tomorrow Foods and is a combination of assorted beans and wheat protein and a rather long but unfrightening list of other things. The result was amazing in both taste and texture for a burger. Then they have proceeded to smash the burger into 2 thin patties, giving them an excellent burger crust. Decent basic add ons included tomatoes, iceberg lettuce, pickles and pretty impressive cheese which I would certainly have mistaken for American had I not known better. Well done Mila! 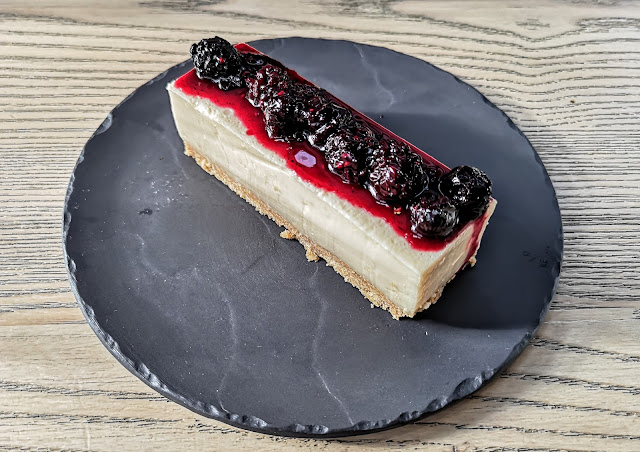 We don't do dessert very often but this dessert's description made me think it would be something from my Mother's kitchen which it very nearly was. This Lemon Custard Bar had a salted oat crust and a mixed berry compote. It was very refreshing and on the light side for dessert. It compared favourably to my Mother's version! 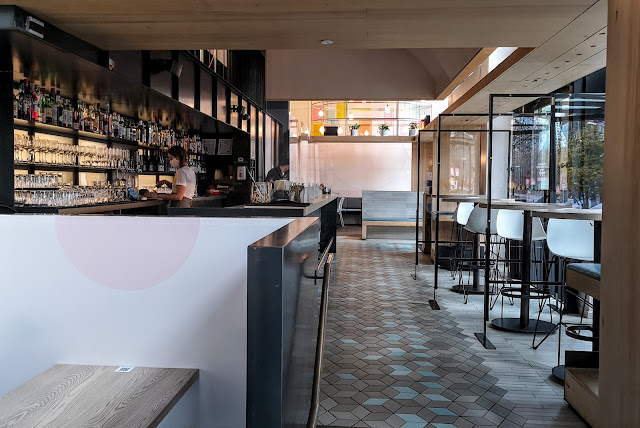 By Yes! We're Eating Vegan Again! at November 25, 2020
Email ThisBlogThis!Share to TwitterShare to FacebookShare to Pinterest