A few weeks ago, the Daily Hive ran an article about the best places to get Indian-style pizza in Vancouver and on the list was Newton Pizza. We decided to try them at the end of Vegetarian Awareness Month (October 2020) because frankly, an Indian Veggie Pizza sounded pretty good. NP has 3 locations and we ended up at Cloverdale. The White Rock location had run out of Korma sauce but Cloverdale had not (again, it pays to phone ahead). 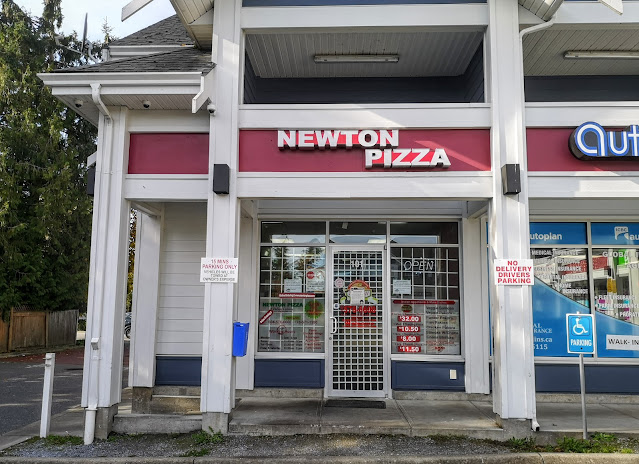 Newton Pizza in Cloverdale is a take-out only joint in a strip mall at the corner of 64th and 184th. So we ordered a couple of pizzas, a veggie lasagne and some wings for my dedicated carnivore partner. 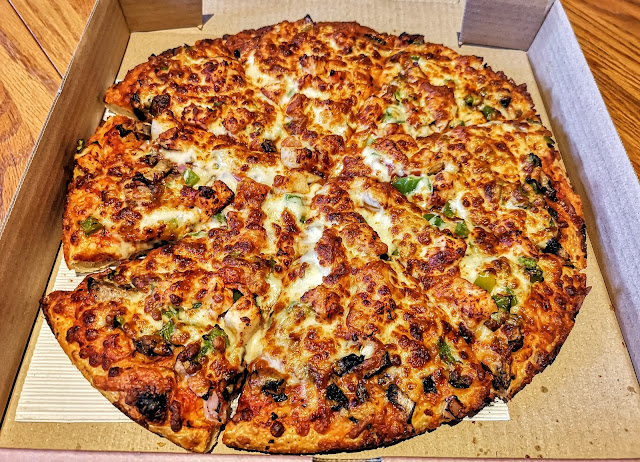 I have to admit that looking at these pictures and writing this post a month after the actual chowing down of the pizza, that I am not sure 100% but I am pretty sure that it is the Veggie Korma that id shown above. While I admit that my preference is for the thin crust 00 flour pizzas with a minimum of toppings and cooked at 900 degrees in a wood-burning oven, this runs a pretty good second! There was good crust and a ton of cheese! Korma sauce is typically a mild yogurt sauce with cashews or almonds and spices. NP's version was pretty tasty! 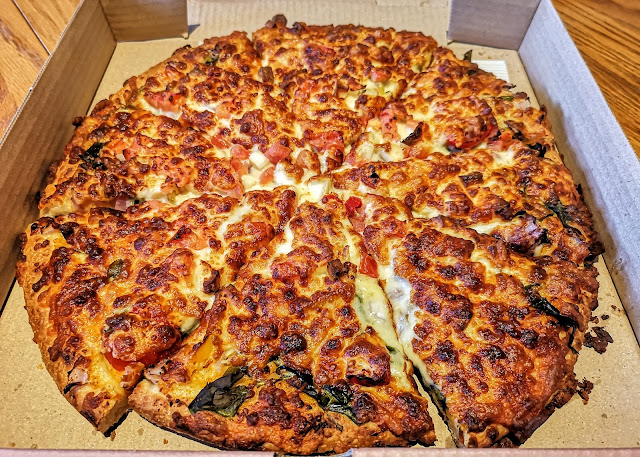 For Mharie, we got the Butter Chicken Pizza which had the similar virtues of decent crust and lots of cheese. In this case, the chicken did not really taste like butter chicken but its mildness may have gotten buried by the cheese. Still a good pizza. 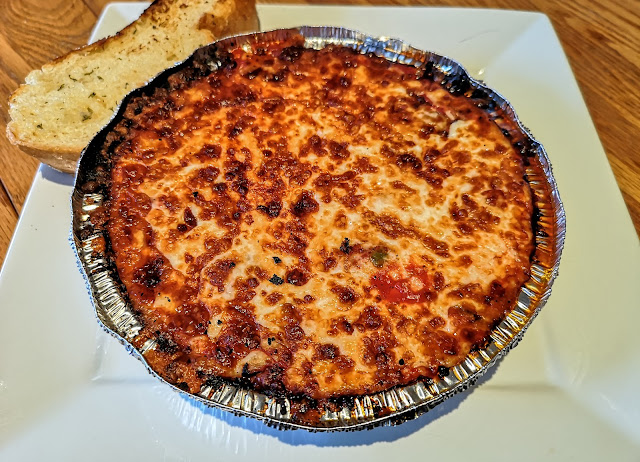 The Veggie Lasagna was pretty good also. I don't think it is referred to as Indian Lasagna but the fact that it was another vegetarian item that was available. If a vegetarian could live on cheese and noodles, this would be the way to go. 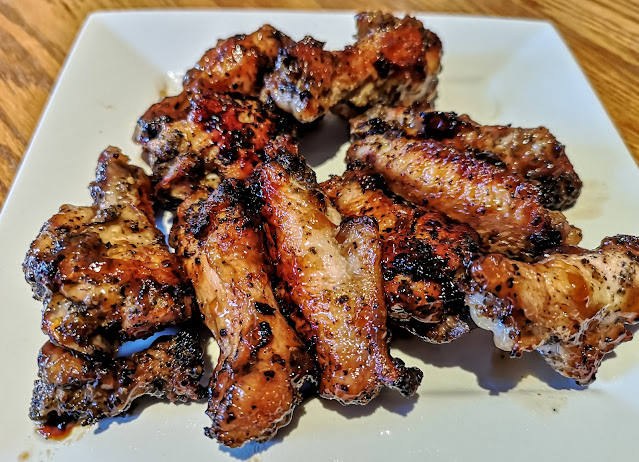 Finally, we got a 10-pack of wings. These were honey-garlic if I remember correctly. They were apparently OK but they won't be making it onto a Netflix documentary or anything. Service was friendly enough and our food was ready when they said it would be. Inside, the menus have been updated and everything is a dollar or two more than what they show on their website. They may have updated by now but out of date pricing on a website is problematic to me (I didn't complain about it though). 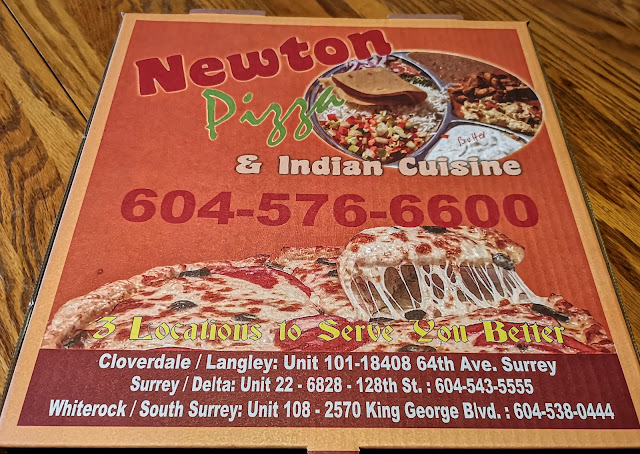 By Yes! We're Eating Again! at December 01, 2020
Email ThisBlogThis!Share to TwitterShare to FacebookShare to Pinterest