This review is actually about a restaurant that we visited last month namely when it was Vegetarian Awareness Month and not yet World Vegan Month (see the difference there?). As it happens, 4 Stones offers many vegan choices and indicates on their menu whether a dish is vegan or lacto-ovo vegetarian. 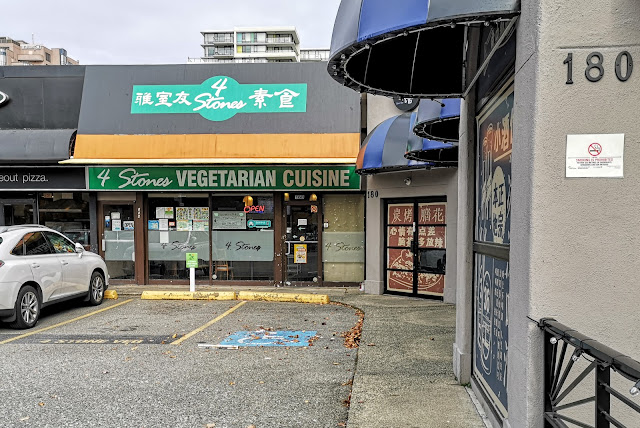 Located at the corner of Minoru and Westminster Hwy in a small strip mall, parking is not as much of an issue as I expected it to be. They are only open for take out at the moment and that is not a bad thing as most of the dishes we ordered seemed to travel well. 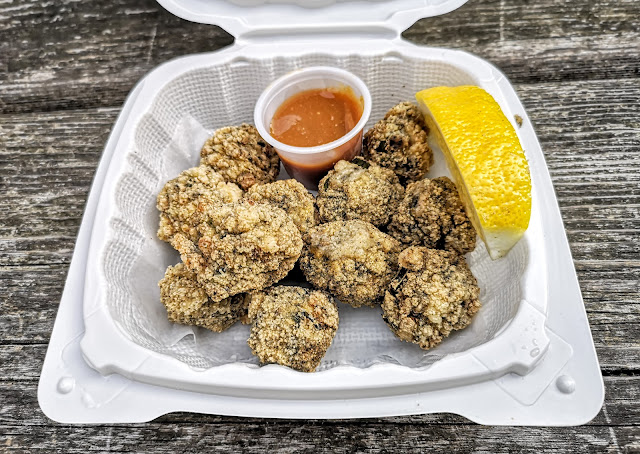 We did however stop at Minoru Park, which we like very much, to enjoy our appetizers and take a little walk. The Deep Fried Veg-oysters were the only actual vegan item that we ordered. There was a vague resemblance to oysters and they came with a nice miso dipping sauce. They were crispy and quite good. Not sure what they were made from but I didn't get the idea that they were some over-processed tofurkey kind of thing....wheat or soy or whatever, they were pretty decent. 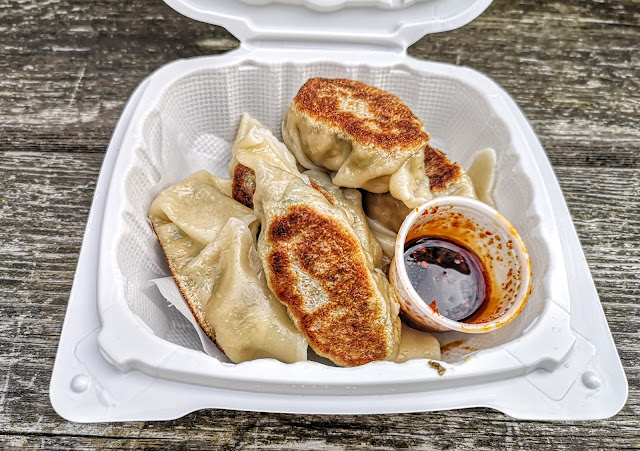 We also ate the Japanese Gyoza which, if this were not a vegetarian restaurant, I would never have realized were vegetarian. They offer vegan gyoza as well. These were really good with a nice crust and a salty spicy dipping sauce provided. Eat them hot! 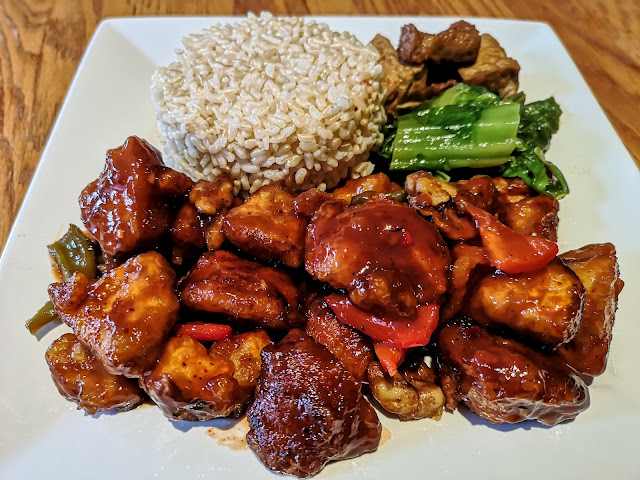 Once we got home, we tried Vegetarian Kung Pao Chicken which came with our choice of brown or white rice, some greens and a side of deep-fried and sauced tofu. The 'chicken' itself was again either textured wheat or soy and deep-fried. The Kung Pao sauce was really the feature here and it was pretty good, sweet and not overly spicy. We've all had it before. This was a dish quite reminiscent of the original without the killing of chickens. I'm not always a fan of alternate 'meats' but we enjoyed this. 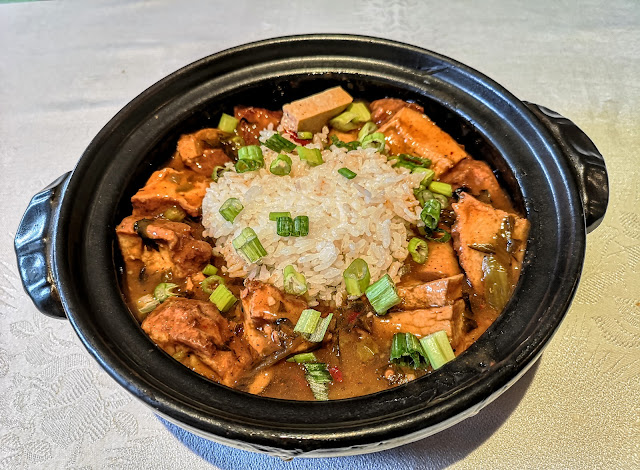 Finally, we had the Vegetarian Beef Brisket Stew. This also came with rice. It also featured what I assume was seitan or some type of textured plant protein but also a lot of meaty mushroom pieces (king oyster mushrooms?). The result was a very hearty, meaty dish with a rich sauce. It was tasty and very satisfying and one of the best alternate 'meat' dishes that we have had. 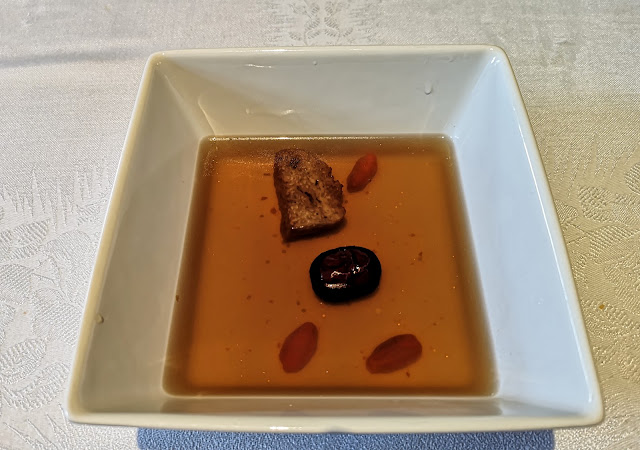 By Yes! We're Eating Again! at November 07, 2020
Email ThisBlogThis!Share to TwitterShare to FacebookShare to Pinterest