A strange place to visit during World Vegan Month, you may say, but first of all, this review is actually a throwback to Vegetarian Awareness Month (last month) and I did in fact have a vegetarian sandwich, of which they have three on their menu. Located on Westminster Hwy in Richmond between #1 and #2 Roads, SSC is only open for takeout at the moment. 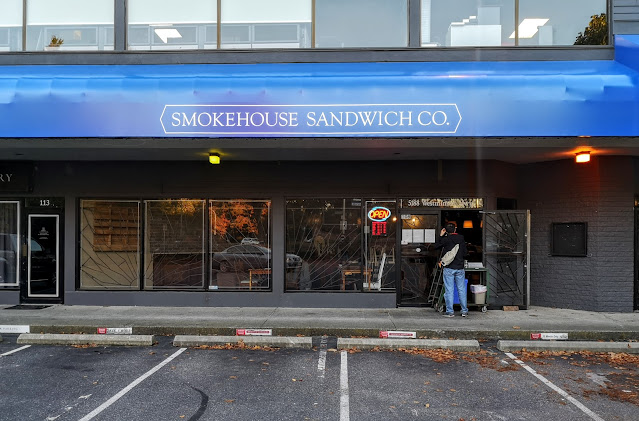 Open only for takeout is really not a bad thing since we're talking mostly sandwiches as in, easily wrapped for your convenience and available for consumption later. I am a little disappointed because I have seen a few social media pictures of their sandwiches artfully served on sheet trays with s side of their house-made chips (and I didn't take those pictures). We ordered a couple of sandwiches and a couple of salads to go. 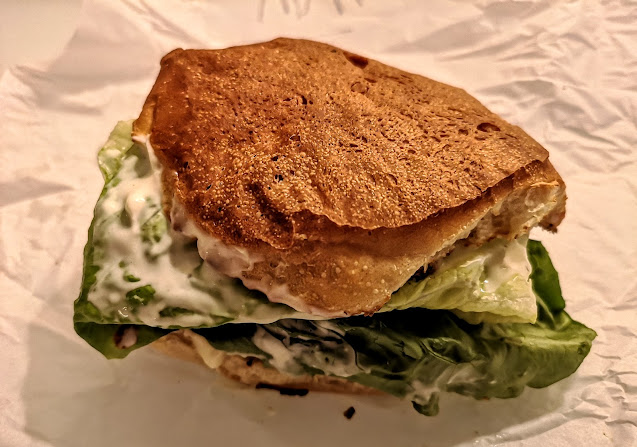 I ordered a Mary Moon (she don't eat meat but she sure...) in keeping with my vegetarian program for this month. 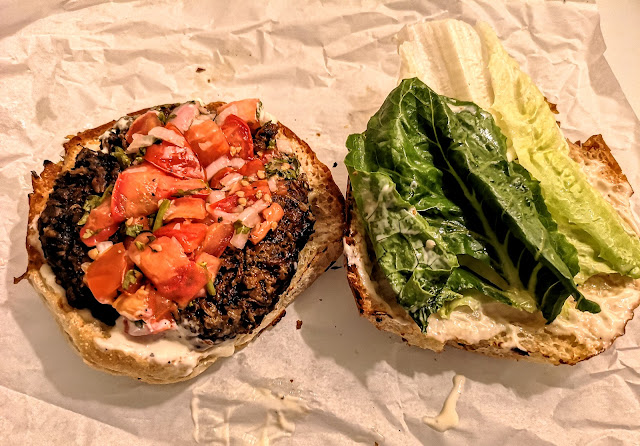 Since this is essentially a barbequed meat sandwich place, run by a couple of Filipinos (I have commented before that the Filipino cuisine is surprisingly meat-centric), I was impressed that their vegetarian sandwich ( again it is actually it one of 3) is not just phoned in. The patty is a well-conceived combination including beets, oats, mushrooms and chickpeas. Really good! If you ordered it without mayo (mustard instead maybe?) I suppose it would be vegan (not sure on the bun). 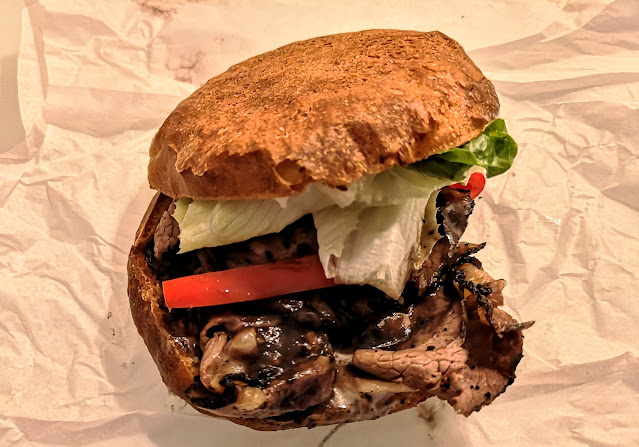 Mharie had the Samson, their most popular creation and it really showed that they know what they are doing with the smoke. The brisket (notorious for being dry if you don't know what you're doing) was moist and tender. Coffee crusted and served with strawberry red-eye gravy,  we kind of hoped these flavours would jump out at us a little more but this was still a good sandwich. 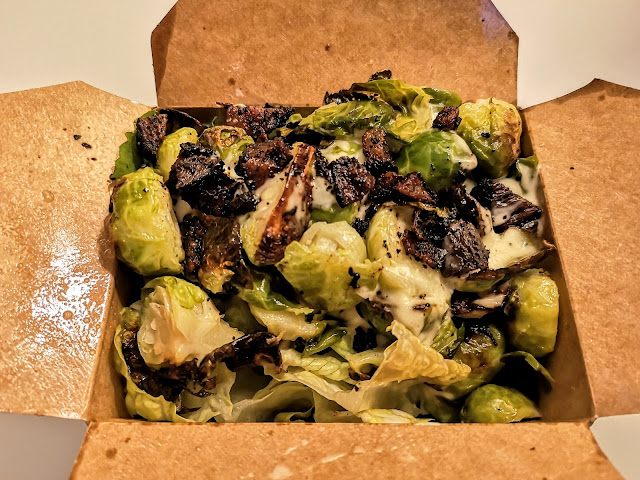 We also got a couple of salads with our sandwiches including a Grilled Brussels Sprouts Salad. Pay attention if you are vegetarian as this salad featured some of their chopped brisket. Awesome for the carnivores,  the sprouts featured some nice char and a drizzle of honey. 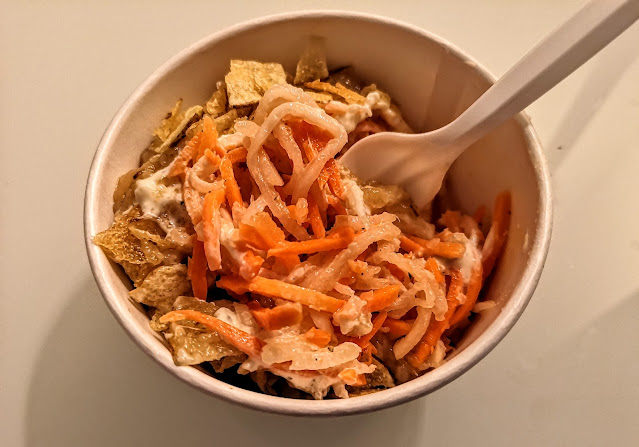 We really enjoyed the Sesame Slaw as well. Shredded daikon and carrot formed the base with a rice vinegar dressing and with a crumble of their house-made chips. I really wanted Mharie to be able to try their Sisig Sandwich (Google sisig if you are not Filipino) but it was not available. Call ahead to find out. Sisig is more than a little labour intensive and really demonstrates the creativity and dedication to their craft that these guys have. 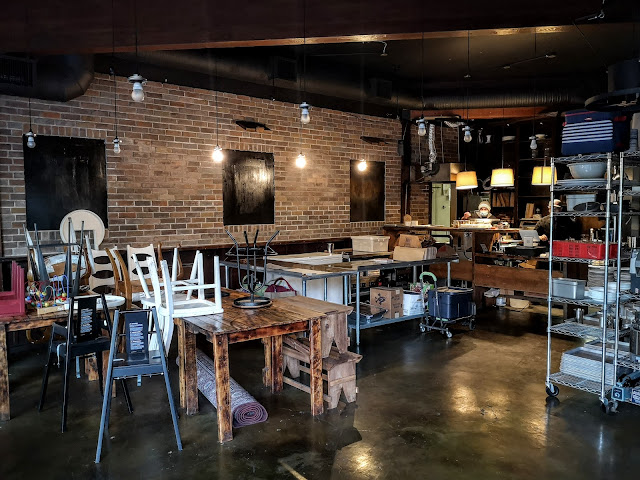 By Yes! We're Eating Again! at November 04, 2020
Email ThisBlogThis!Share to TwitterShare to FacebookShare to Pinterest