I'm still having trouble figuring out which restaurants are open for takeout. I have tried using the Yelp maps but unfortunately, circumstances are changing quickly for restaurants and its hard for Yelp to keep up. There is a new website called Breaking Bread which is going to try maintaining a current list but so far they are quite limited out in the Valley.
Also, I have heard it said more than once that it is much better for the restaurants if we go and pick up ourselves instead of using one of the delivery services. So get your ass off the couch and go pick up your takeout food! Call it exercise and feel good about yourself! So we found out that Tofun Fusion Hotpot in White Rock is doing takeout. 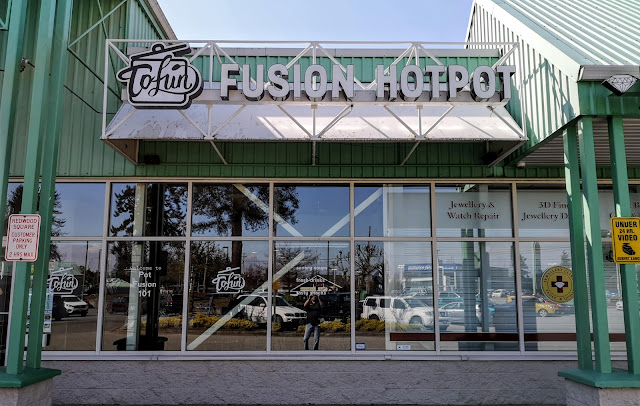 Located in the same strip mall as Rona at King George and 148th, it is a Korean leaning fusion restaurant. They are well set up for the take out process. We phoned in our order and it was delivered to us near the front door where we also paid in the touchless debit manner. 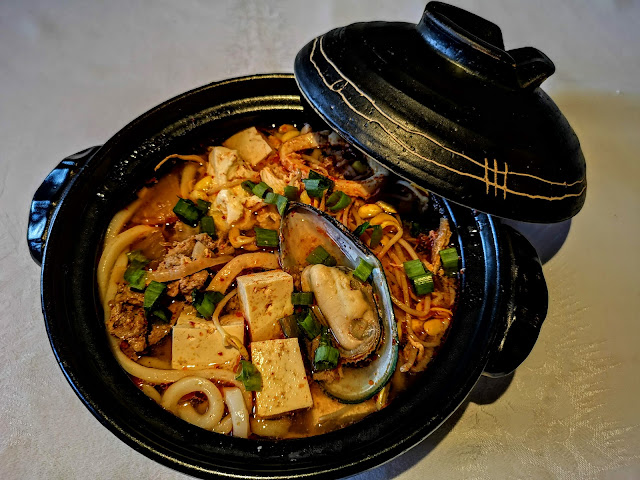 Hot Pot would seem to be the main event here so we decided to try their Kimchi Tofu Pot. There was a decent amount of squid and tofu and it was mildly spicy. Also making its appearance were some tasty sliced pork and a mussel which was not too bad. It was a comforting and relatively filling bowl which would make a good single-dish meal. 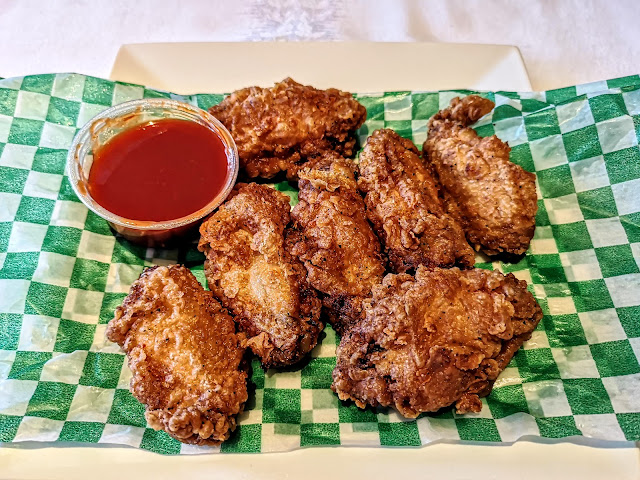 They have Korean Fried Chicken on the menu also. We ordered original with hot sauce on the side. It was very tasty but this is one of those right out of the fryer is best dishes. If you live nearby then go for it. For us, the voyage to Aldergrove left them a little less crispy but they were tasty enough just the same. 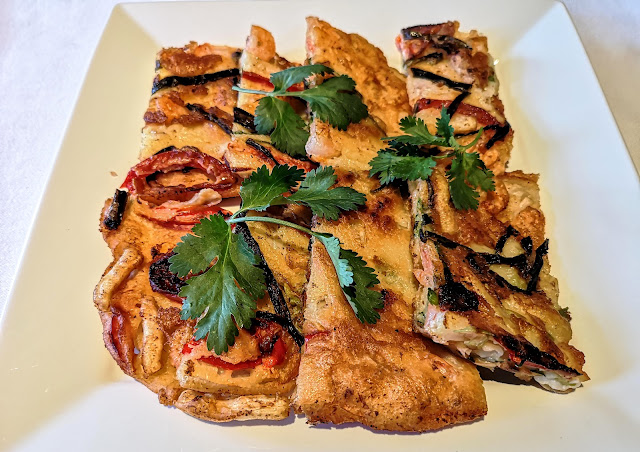 I love Seafood Pancake. This one was ok but not the best ever. Once again, it might have been better straight out of the kitchen. Cut up into squares to fit in the to-go box, I was unable to assemble it into a nice round pancake. They weren't cheap on the seafood and the accompanying dip worked. 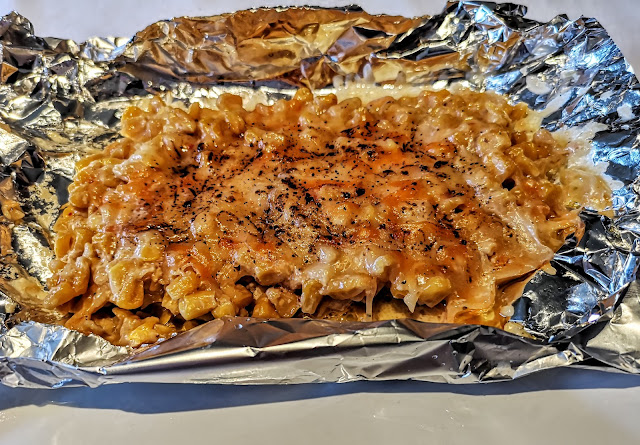 I usually avoid the Cheesy Corn type dishes on Korean menus because to me, there is nothing particularly Korean about it. It is corn and cheese with some butter and spices. But we have been leaning heavily into the comfort food lately so this just sounded good and it was. How could it not be? 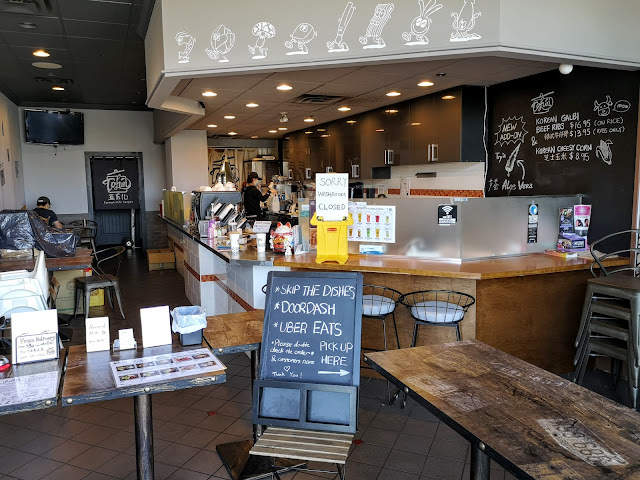 Overall, we didn't mind this meal. At about $50 total, it ended up being almost 2 meals for Marie and I. Not a big place. There will be seating for probably a couple of dozen people when we put this pandemic thing behind us.
For what it's worth, we give Tofun Fusion Hotpot, 3 out of 5.

By Yes! We're Eating Again! at April 20, 2020
Email ThisBlogThis!Share to TwitterShare to FacebookShare to Pinterest