Sometimes we go to restaurants recommended by other bloggers and sometimes we try restaurants recommended by food web sites like Scoutmagazin.ca. Other times we try to get to places recommended by David Chang, the late great Anthony Bourdain or Guy Fieri. And sometimes I just see places on Google maps that catch my eye! Such was the case with the Smoking Pig Restaurant which I just could not pass by without investigating further. While I'm trying to focus more on the plant-based places that will benefit our health and the planet, I am not yet a total purist. 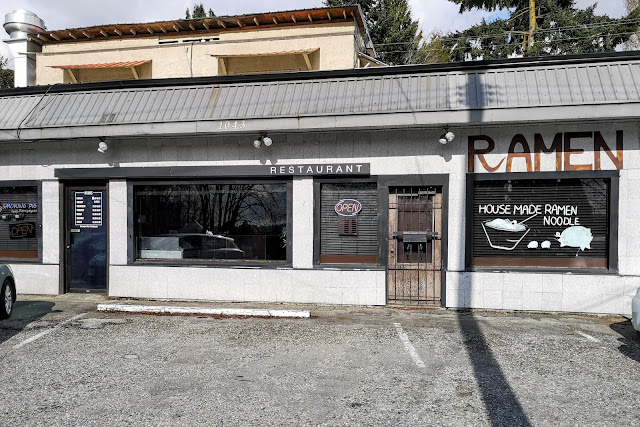 SP is not an impressive store with a waterfront view and chandeliers but it was homey enough inside. We arrived on Sunday just after noon and the place was soon hopping busy. It turns out ramen is the main deal here. Both the noodles (as you can see by the front window) and the stock are made in house. 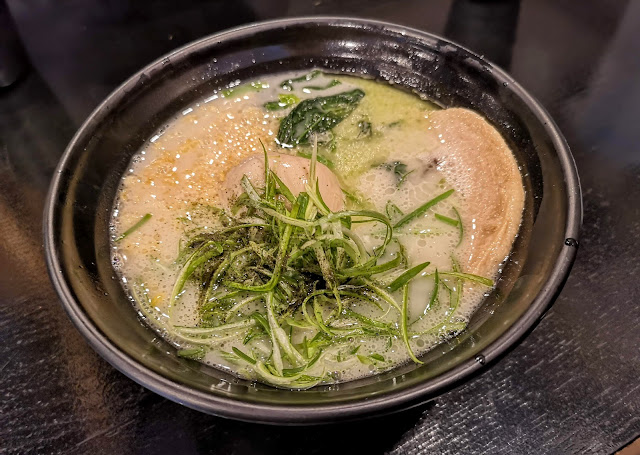 We tried the basic ramen. It came with a slice of smoked pork, chashu style, a nicely soft boiled egg as well as some greens and green onion. It was very rich and very nicely flavoured. 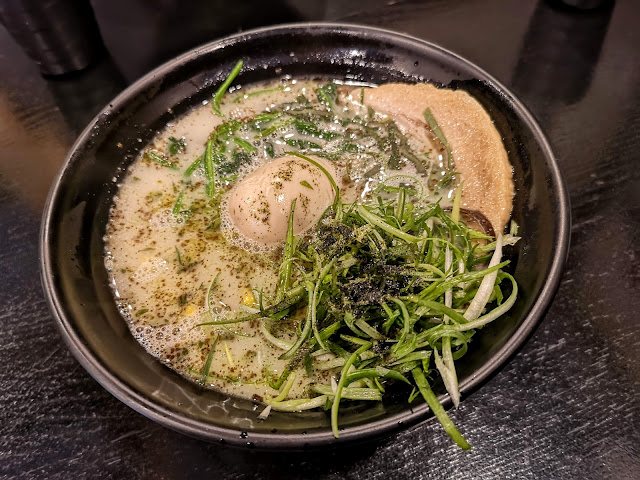 More impressive still was the Perilla Ramen which we had never seen on a menu before. Perilla is a herb belonging to the mint family although it does not taste minty. In the case of the ramen, perilla refers to the ground seeds like you might find on your Korean Pork Bone Soup. It looks a little like a good dusting of pepper but adds more of a nutty earthy flavour. A nice creative addition. The soups were the same otherwise but we found this one tastier. 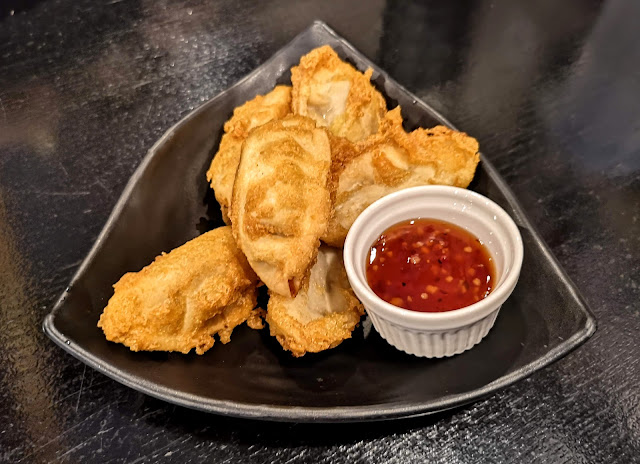 On the side, we had their fried dumplings. These were actually pretty close to solid meat inside and we thought a little vegetable matter might not have been amiss although they were tasty. Served with a sort of sweet-spicy Thai sauce. 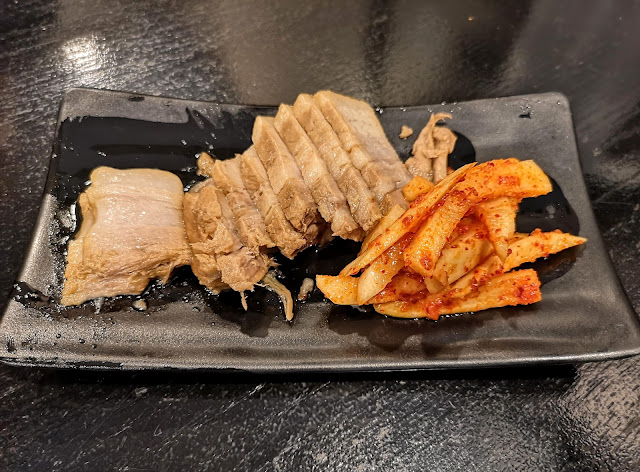 We ordered the smoked pork side dish which we realised was the same as the pork in the ramen. Served with absolutely necessary kimchi, this was amazing but super-rich ( I try not to use superlatives. I don't want to sound like Trump but in this case...). 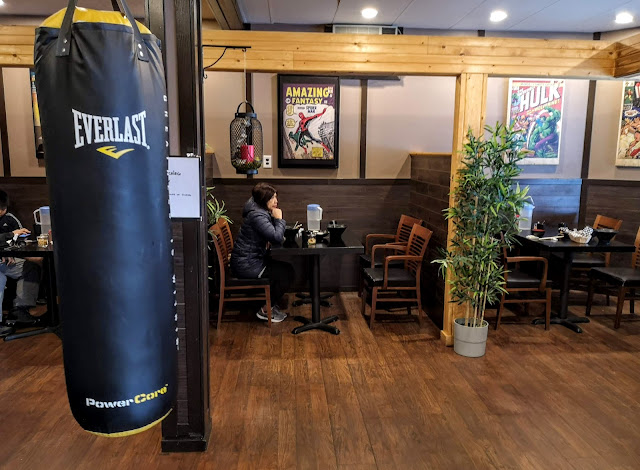 Comfortable enough inside and complete with an Everlast heavy bag (marked for punching only and not climbing on) which  I assume is for staff to take out their frustrations. I don't think customers will find themselves needing to vent. Oh btw, there is a kimchi bar (more of a fridge actually) where you can get a plate ($5.00?) and chose your kimchi. Nice!
We give The Smoking Pig Restaurant 3 1/2 out of 5.

By Yes! We're Eating Vegan Again! at March 12, 2020
Email ThisBlogThis!Share to TwitterShare to FacebookShare to Pinterest