Kind Cafe is frankly, a little bit remarkable. They are fully vegan with a creative menu that incorporates house-made cheeses (not the dairy kind obviously) and other tasty stuff. Even more impressive is the whole zero waste thing. 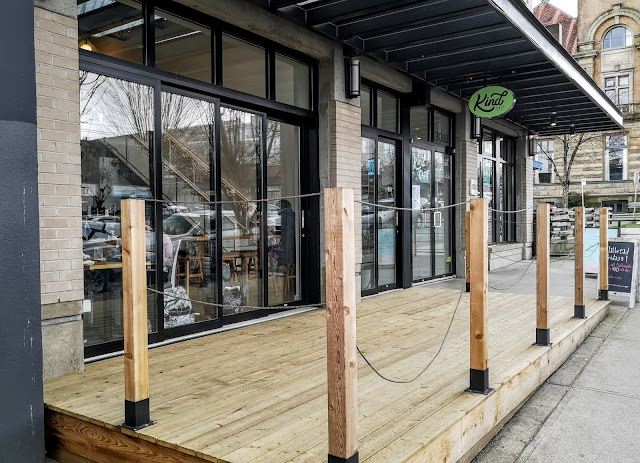 Located on Main near 15th, KC is airy and bright with seating for maybe for 4 dozen people (?) some at communal tables. You will notice right away the absence of paper napkins, to-go cups and other throw away stuff. It means that someone is making just a little more effort when it comes to washing up but it is for the good of the planet. Thank you KC! 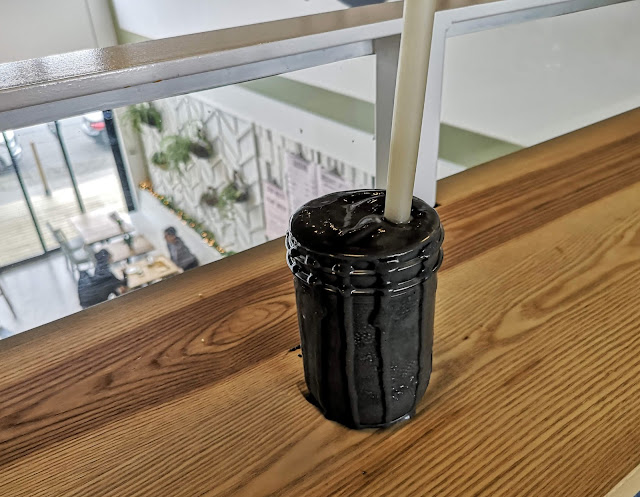 We started with a smoothy, something I generally avoid unless I'm making it at home. This was too interesting to pass up though. Activated charcoal is the first ingredient and I suppose its real value is as the vegan equivalent of squid ink for pasta. I'm not inclined to believe that it is valuable or necessary as something that removes toxins from your blood. It is kind of cool to be eating or drinking something completely black though. The flavour was from peanut butter and banana which was delightful but it included zucchini and maple syrup. It was very nice! 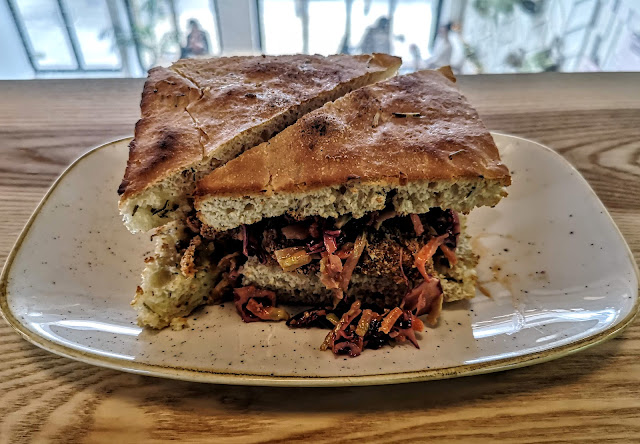 Next up was the Buffalo Tofu Sandwich. Not surprisingly, the main ingredient was tofu in their version of Buffalo hot sauce but it also included a tasty spicy slaw, their kind'a ranch and very good focaccia. A decent tasty sandwich. 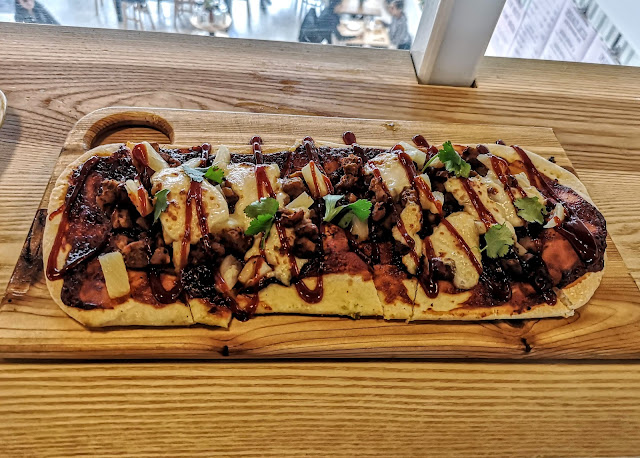 Also pretty good was the BBQ Tempeh Flatbread. Although I've had tempeh before, I was surprised that it is an Indonesian fermented soybean product. It provides a nice little crunch, almost bacony (sorry) in texture. House cheese, pineapple, cilantro and barbeque sauce which we found to be just a bit too strong in flavour. Still not bad overall. 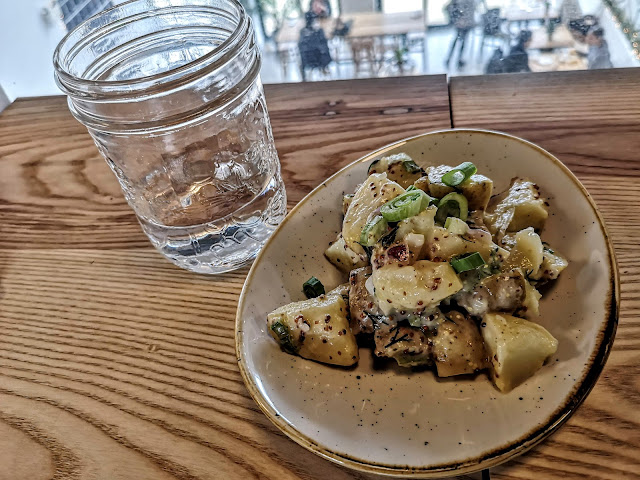 We ordered Potato Salad on the side of something which has an easier time being vegan than the other items (no egg obviously) but we enjoyed it just for what it was, with mustard seeds and green onion providing some nice texture. 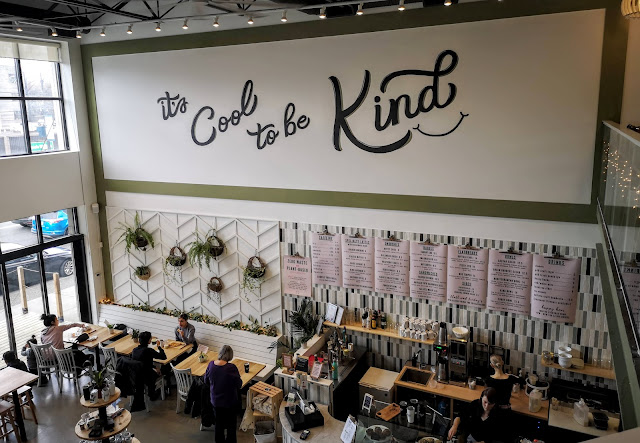 This is a very pleasant room with high windows and a mezzanine. The staff were very nice also. The web site mentions management's holistic nutrition qualifications. I bristle at the mention of the term 'holistic' and what it has come to represent because, well...science and real medicine. I wish that vegetarian and vegan diets and their benefits to the planet and its humans did not dwell soo closely to woo. Never-the-less, we give Kind Cafe and Eatery 4 1/2 out of 5 stars for their food and their conscience!

By Yes! We're Eating Again! at March 09, 2020
Email ThisBlogThis!Share to TwitterShare to FacebookShare to Pinterest