So Aldergrove. Not exactly the centre of the culinary universe. A couple of weeks ago, we had one place that you could get Vietnamese food....now we have three! Two of them happen to be directly across the road from each other. 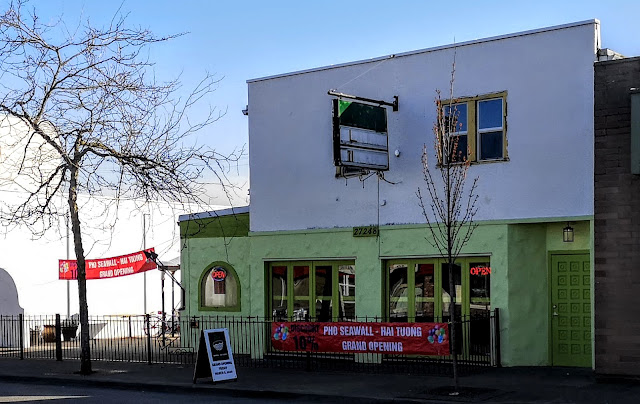 Pho Seawall - Hai Tuong is located in the space that was previously occupied by Del Pollo that I was never inclined to visit (sorry but Fraser Valley Tex-Mex is not even mildly tempting). PSHT took the time to paint and refresh the space inside and out (new signage still to come, I am guessing) and it is now pleasant and comfortable. I've been a couple of times. 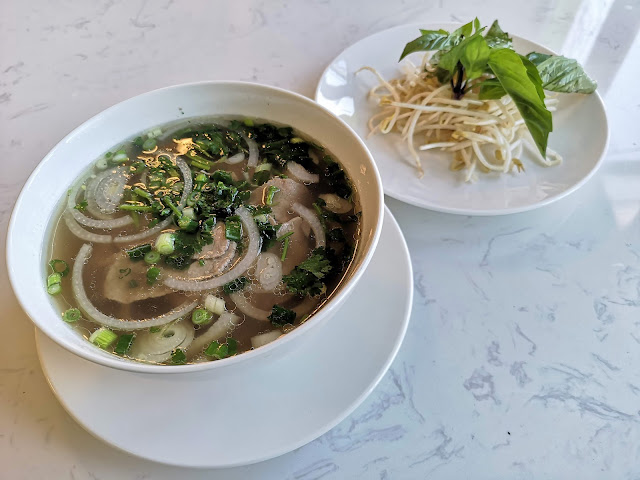 Starting simply on my first visit, I tried their Pho. I found the broth to be tasty and smooth while the additions were fairly generous. Comforting and reasonably priced also. 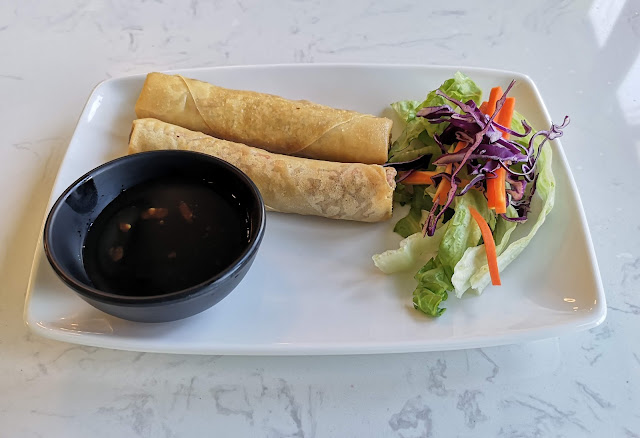 Ordered a couple of Spring Rolls also. These were crispy and tasty. I notice that each of their plates comes with a nice salad garnish which I happily munch down being a fan of rabbit food.
Marie and I dropped in again yesterday. Admittedly, it might be our last dine out for a while but we felt that our social distance was not compromised on this visit. 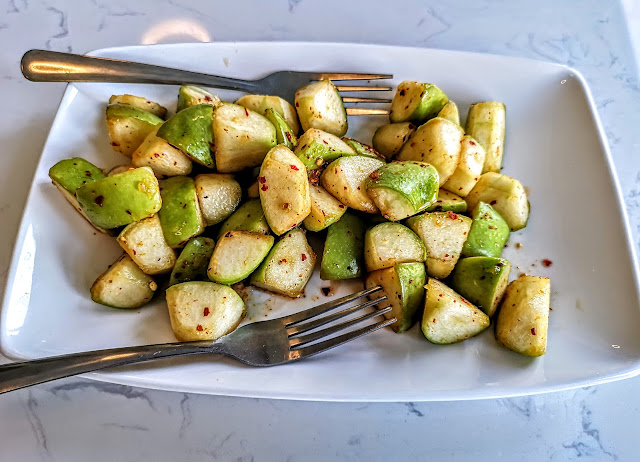 Off the appetizer menu, we ordered something that I had never heard of but that we very much enjoyed. Shaking Green Apple (which is evidently more of a bar or summer snack) is an apple with sugar, chilis and fish sauce! This was a flavour adventure that you would not expect. Although the Granny Smith was tart, this was offset by the sweet sugar, hot chilis and salty fish sauce. It was quite fish sauce forward and very tasty! 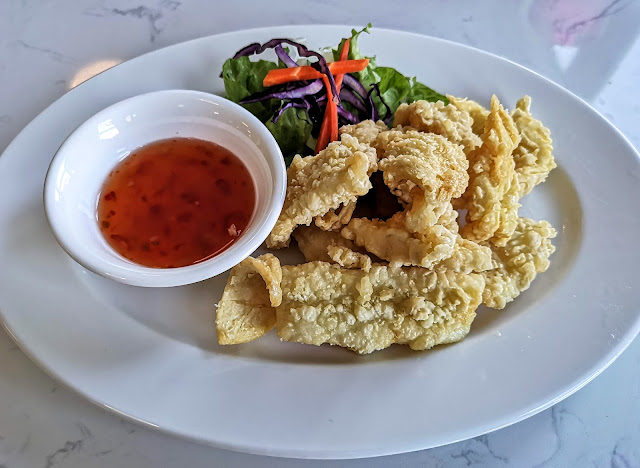 Next up was the Deep Fried Squid. The pieces of squid were crispy yet very tender. We felt like the coating could have used a little more salt but the problem was solved by a sweet chilli sauce for dipping. 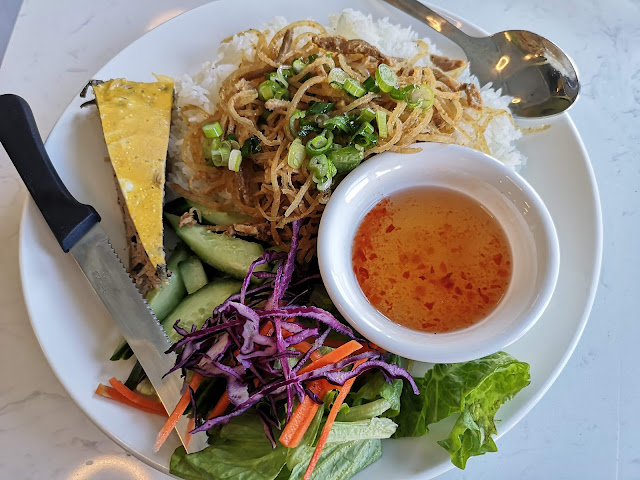 Finally, we had Shredded Pork and Quiche on Rice. The Pork was an interesting mix of shredded pork and shredded pork skin which was delicate and light. The quiche part surprised me but remember from history class how France had occupied Vietnam for somewhere around 100 years? This was meatier than I usually expect from something called quiche but definitely tasty. This dish was served with green salad and soup. 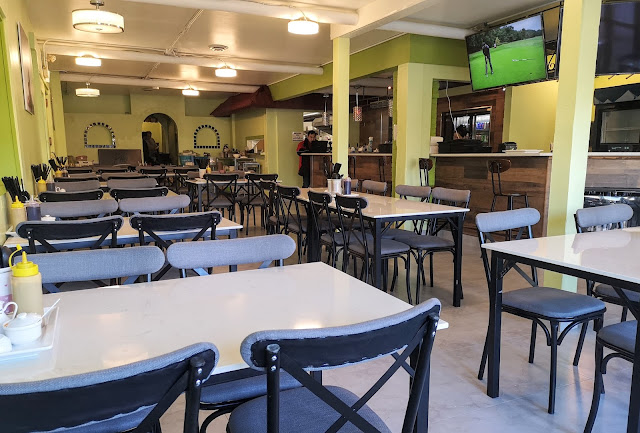 As of today (or yesterday), Pho Seawall will be limited to take out and delivery (Covid19 concerns if you are reading this review decades in the future) for a while. It was tough timing for opening a restaurant but we still have to eat and it's nice to have someone else prepare tasty food for us even if we have to eat it at home for a while.
For what its worth, we give Pho Seawall Hai Tuong 3 1/2 out of 5.

By Yes! We're Eating Again! at March 19, 2020
Email ThisBlogThis!Share to TwitterShare to FacebookShare to Pinterest