But What About The Future Toilet Paper Industry?

One of my many concerns, when I see that crazy people have greedily snapped up all the toilet paper and paper towels at my local grocery stores (and the local branch of  'TP Are Us') is', what about the future of that industry and possibly thousands of workers and their families? 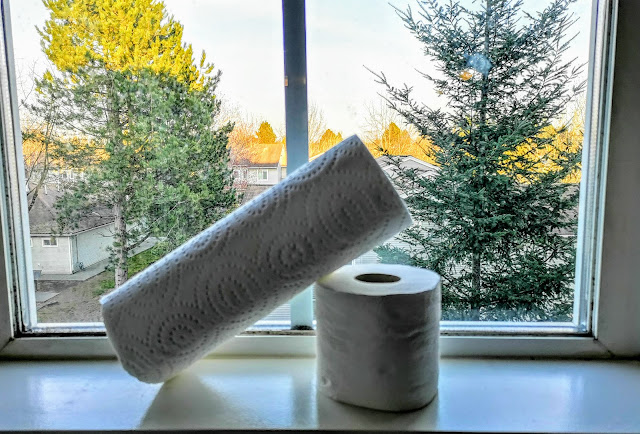 By the time this 'thing' is finished many will have hoarded literally thousands of rolls of toilet paper (and paper towels), enough for years to come. Many will likely have entire climate-controlled rooms in their homes dedicated to the filing and storage of such products. And what will be the result? The near-total collapse of the disposable paper market as if Russia and Saudi Arabia were squabbling and refusing to limit production. A black market will thrive. Oh, the humanity!
And why do we feel this great need to not run out of paper? Why do we go their first in a crisis? It was pointed out to me yesterday that our first urge to hoard should be towards salty snacks and sweets, shouldn't it? I mean especially if we are relegated to personally quarantining ourselves and binging "The Valhalla Murders" on Netflix.
Evidently, the paper towel was only invented somewhere around the 1920 or1930s. Somehow people must have gotten along without it before that, just like we got along without smartphones and even microwave ovens if you can imagine that.
There are alternatives to the madness that will allow us to get around the empty shelves. These suggestions will allow individuals to put the needs of their neighbours and even the planet ahead of their own selfish 'my survival first' attitudes.
First...paper towel.
I'm pretty sure that no one is using paper towels to wash or dry their dishes. Dishwashers, notwithstanding, sometimes we wash things in the sink with a cloth or a brush and maybe dry them with a cloth dishtowel. You probably don't use a paper towel to wash your face or dry yourself after a shower either.
So here is the closely guarded secret that 'big paper towel' has not wanted you to know: cloth can be remarkably absorbent! Cloths are perfect for wiping up spills. You can rinse them carefully and hang them to dry. You can even wash them and they will be clean to reuse! In my case, I have repurposed a few old towels that had begun to disintegrate. You can sew an edge around the pieces if you are crafty. They make wonderful gifts! And an old towel is saved from the landfill, at least for a while. I will not be buying paper towels for a long time (this kind of proves that I don't care as much about the paper towel industry as I suggest but really, pulp and paper is not a great business for the environment).
Second...toilet paper (and I apologize in advance if I say anything indelicate!)
In France, they have long known the value of a bidet. In the words of Crocodile Dundee, "For washin' your backsoyd, roight?"
Our Korean and Asian friends are famous for their luxury versions of the toilet seat which include 'personal washing'.
In fact, it seems like many parts of the world already eschew the use of toilet paper (which is actually disgusting) for washing with water post potty.
We North Americans may be the only ones left behind on this (totally unintentional pun). 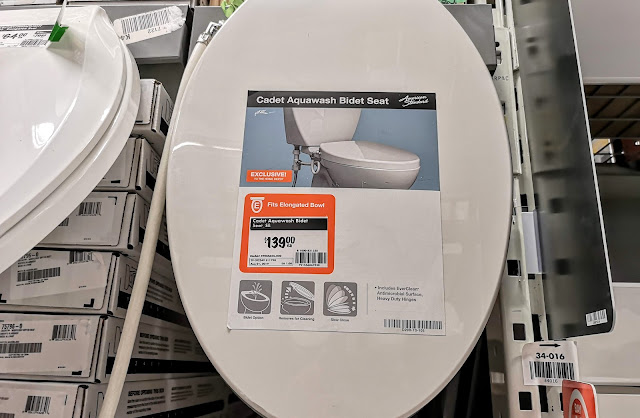 Again, my apologies as I know a toilet seat has never appeared on a blog post before. I made the switch to water years ago with a simple sprayer attachment available at Home Depot for around $60. It is easily installed. The one pictured above is a little more elaborate.
In addition to being hugely hygenic by comparison to toilet paper, the bidet or attachment is also environmentally friendly. The use of water in making toilet paper is gross, roughly 30 gallons per roll. Also, no paper to be flushed to the pipes beyond to end up who knows where.
So make some simple choices. We are not talking about committing to the metric system here (which we still seem to be working on) and actually improve your life and the life of the planet. 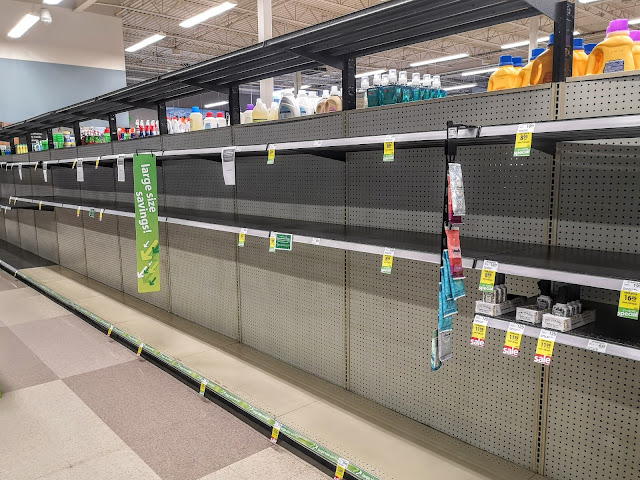 This current behaviour is both embarrassing and amusing. I like it better when people think of us Canadians as impossibly polite. I don't like it when we seem like selfish, silly hoarders. Let's make Canada more polite again.
By Yes! We're Eating Again! at March 22, 2020
Email ThisBlogThis!Share to TwitterShare to FacebookShare to Pinterest