Hidden in the industrial park behind Steveston Highway's Ironwood Plaza is Mama's Dumplings and Coffee. It has some roadside signage but if you didn't know they were there, you would go looking for them. That's a shame because they seem to be turning out some tasty eats. No doubt those employed in the area are aware and I'm guessing they are busier during the week than on the weekend when we ordered for takeout (which is all that is currently available). 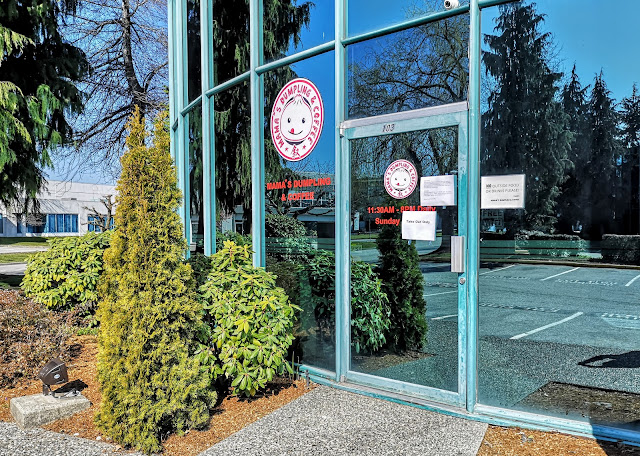 I didn't really want to take pictures of food in take-out containers and I didn't want to drive our Xiao Long  Bao all the way back to Aldergrove so some creativity was called for. We brought some appropriate dishes from home with the intention of organizing one dish at a time (some came in more than one container) and photographing them. For the location, we went to the nearby Deas Island Park where we were able to grab a picnic table and keep our social distance. Other than feeling like a huge nerd (who brings their food to the park and puts it on dishes?) it was kind of an entertaining project. 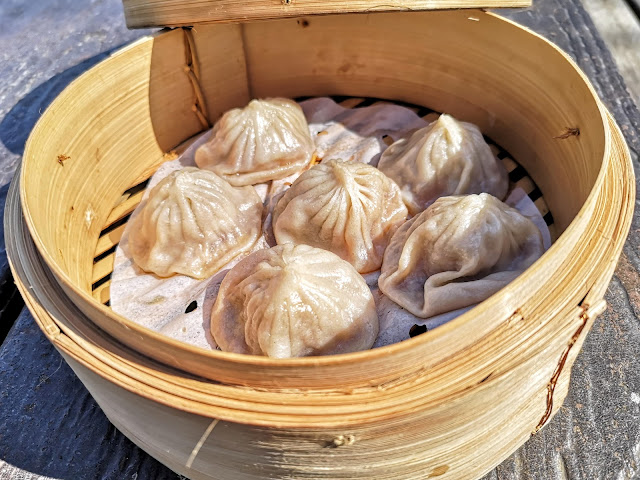 So we carefully moved the aforementioned Xiao Long Bao to a steamer basket, took a picture and then munched them down in fairly short order! They were certainly decent. We have had better but under the circumstances, they were impressive. Inside was tasty soup and a nice little pork nugget. Considering the abuse they endured, the wrapping stood up well. It was neither too thick nor did we lose a lot of soup. Well done! 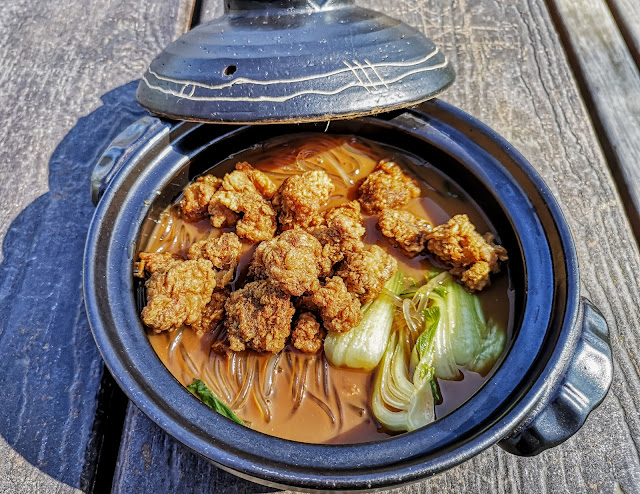 Next up was Deep Fried Pork and Veggies in Clay Pot. We would later agree that this was the star of the show! The soup itself was peppery and amazing with a generous amount of a clear noodle that I would have guessed were Korean sweet potato noodles (but were probably not). They had a nice chew. There were a few greens and then in a separate container came the deep-fried pork pieces. We love deep-fried morsels with just a quick dip in soup. Excellent! Last on our "eating in the park" menu were the vegetarian dumplings. These were a little plain although they had good texture. Inside were some greens and I am not quite sure what else. It might have been small pieces of radish and onion. They came with soy sauce and malt vinegar which helped but we felt like something more impactful was necessary such as a hot sauce or chilli oil. Still, they were one of the two vegetarian offerings we tried and there were quite a few other items available. 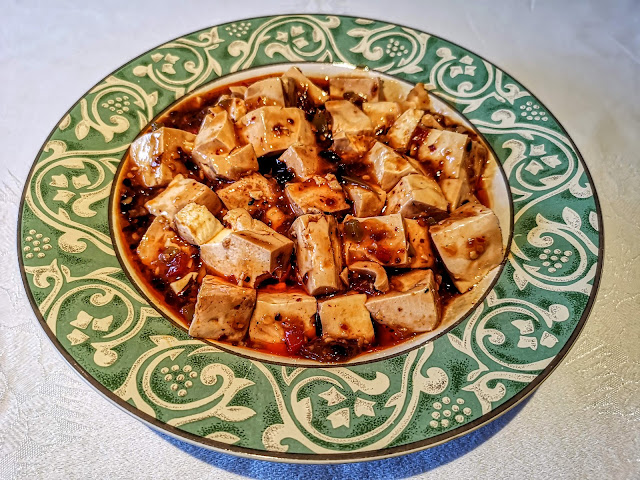 We found ourselves getting full and decided that our other items would make the trip to Aldergrove without any negative impact. The second vegetarian dish that we tried (vegan actually), was Ma Po Tofu. Usually, this dish includes ground pork but this was a very good version without it. The highlight is the Szechuan peppercorn slightly numbing quality and I could not leave it alone until it was finished.. Perfect with rice. 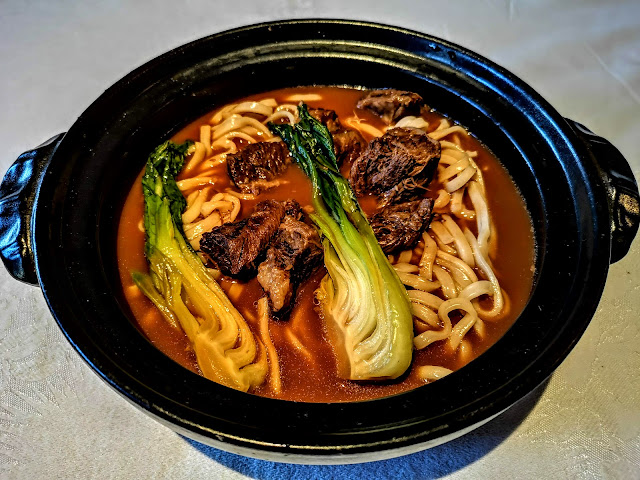 Finally came Stewed Beef Noodle Soup. Again this came in multiple containers and we combined it at home to stellar results. Fatty tender beef pieces in beefy stock with some greens and noodles, another succulent dish. All in all, this turned out to be 2 meals for us at just over $50. The dining room is a little lonely right now with chairs up waiting for when things get back to normal. In the meantime, especially if you are nearby, this is a place to support by getting your lunch or dinner to go. Check out their decently extensive menu on their website. We really enjoyed what we tried.
For what it's worth, we give Mama's Dumplings and Coffee 4 out of 5.

By Yes! We're Eating Vegan Again! at March 23, 2020
Email ThisBlogThis!Share to TwitterShare to FacebookShare to Pinterest