It's not a good time to open a restaurant but if you've been making the preparations and investing money for maybe months, you need to open on time. At least in our current situation, Pho Aldergergrove can open for take-out and delivery with minimal staff. At least they are not in the situation of having to lay off a lot of people, having not yet hired the full crew. 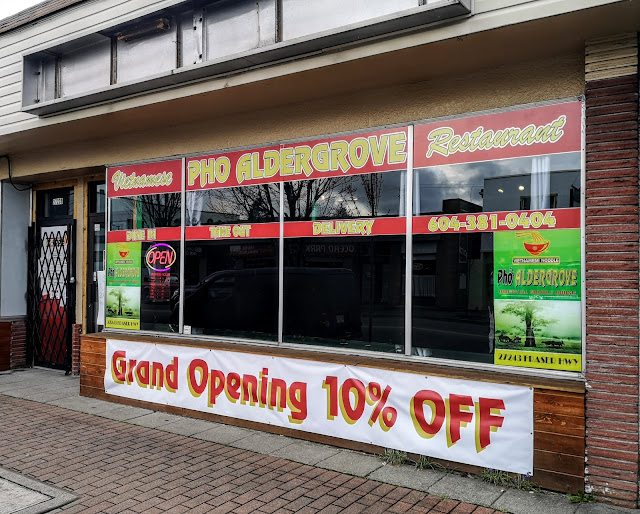 Across the road from Pho Seawall which only opened a couple of weeks ago, I guess this is the area to come to for Vietnamese food in Aldergrove (well I don't want to ignore Pho Tran at 264th and Fraser Hwy). 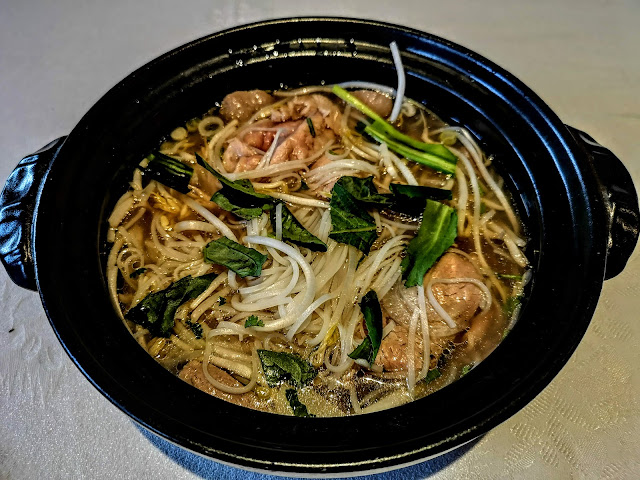 Of course, we had to try their pho. We did not get the one we ordered but to be honest, it doesn't really matter, does it? Operating as they are, they probably have somewhat limited ingredients so we are grateful that we can get their product at all. We found the broth to be comforting and flavourful. They were not cheap with the add-in stuff; sprouts, basil etc. This was some good pho. 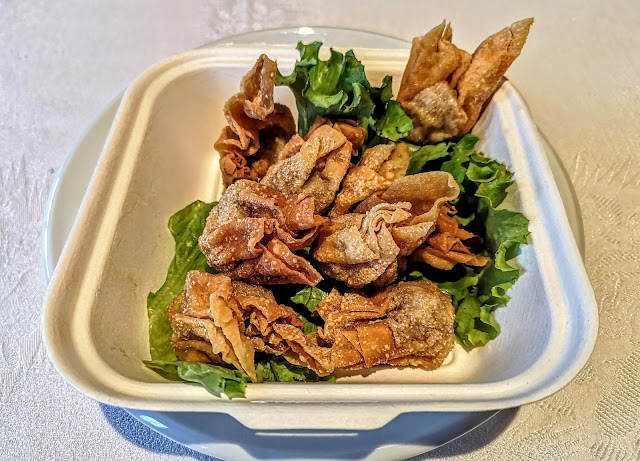 Deep-Fried Won Tons were next. They were decent little pork filled bites and we had lots of sauces so there was no shortage of something to use as a dip. 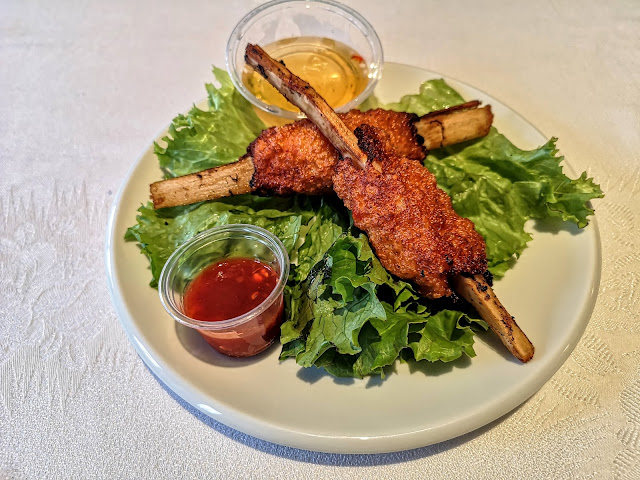 I've never had Shrimp Paste on Sugar Cane. We decided that now was the time to try it. This was delicious. It was crispy on the outside and the sweet taste of the sugar cane just set it off nicely. It was hard not to chew the cane down to nothing. 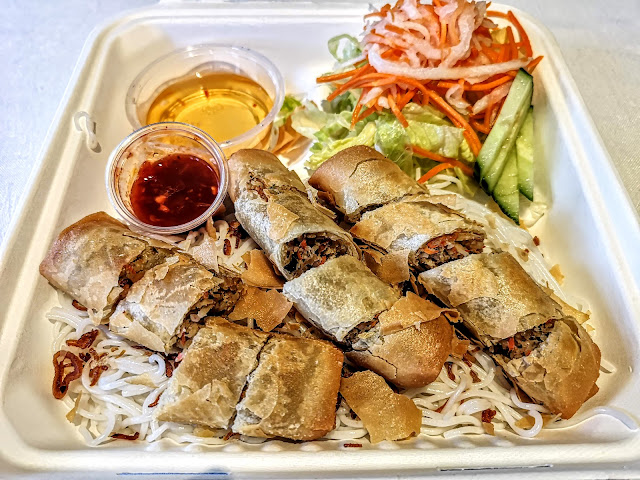 The Spring Roll was also crispy and nicely done. It came with a couple of sauces and a nice little salad on Vermicelli. 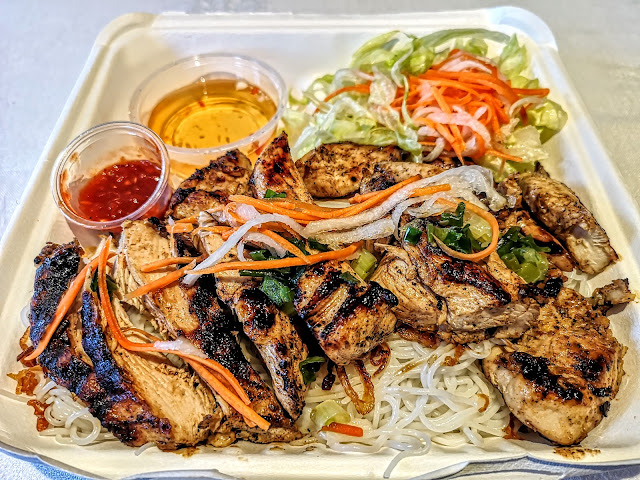 Finally, we had BBQ Lemongrass Chicken with Slice Pork Roll. This was supposed to come on rice but we got more vermicelli which is likely my least favourite of all possible noodles. Not a big crisis.
The pork was very nice but in all honesty, the chicken was on the dry side. Not sure why you wouldn't make this dish with dark meat. Chicken breast tends to be unforgiving and dries out quickly. Still, the nicely charred bits were tasty and again, we had lots of sauce. 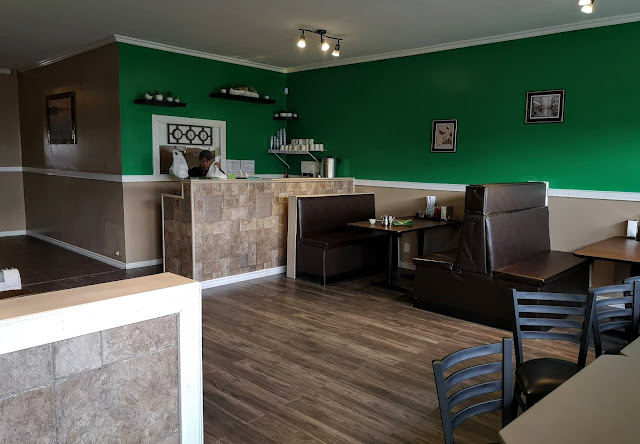 They have a nice little dining room and hope we'll be able to use it soon. These are nice folks and we hope they will weather this initial storm.
For what its worth, we give Pho Aldergrove 3 1/2 out of 5

By Yes! We're Eating Again! at March 28, 2020
Email ThisBlogThis!Share to TwitterShare to FacebookShare to Pinterest