Many years ago, while wandering the streets of Victoria (in tourist mode), I came across Pluto's. The special of the day as advertised out front on a sandwich board was a "halibut dog with blue cheese slaw". That was all I needed to know and I went in to be charmed by the old garage turned restaurant and the tasty food. 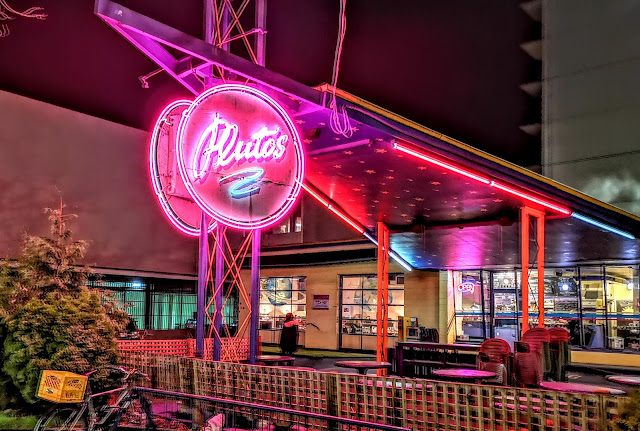 I have recently learned that Pluto's and its iconic, one of a kind (left in Canada) gullwing roof style and neon signage will be closed to make room for condos. Before you cry and whine about that, remember that people will always need places to live. Pluto's will be moving on at some point and we hope they take the aesthetic with them but I wanted to pay another visit. So on a certain Saturday evening, we found our way to Cook at View Street and were quickly seated in the spacious restaurant. 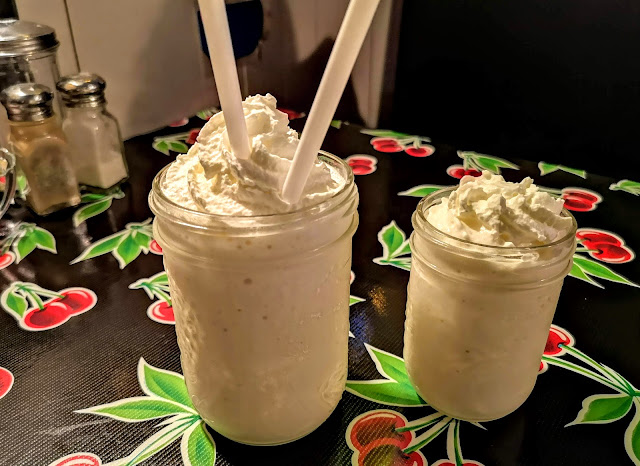 We started with one of their famous milkshakes (evidently too large for one jar). Of the many flavour choices, we landed on salted caramel which frankly, was amazing. Rich and sweet, we don't eat a lot of milkshakes and this made an impression on us. 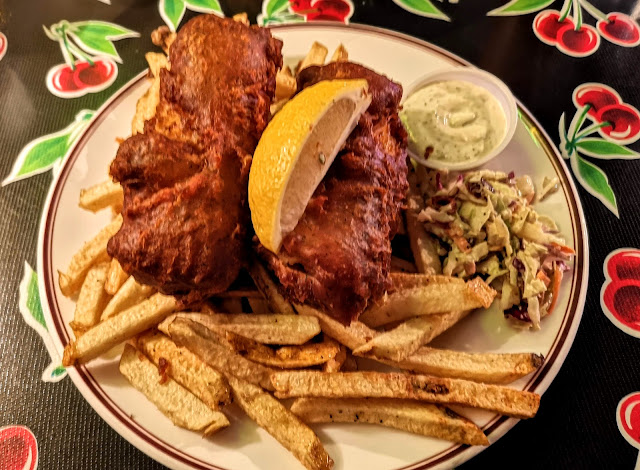 We try to do fish and chips at least once each time we go to Victoria. This time all the joints at Fisherman's Wharf were closed for the season, so we tried  Pluto's. The serving was generous enough and the cod itself was firm and tasty. We weren't crazy for the batter however which was a little on the thick side and maybe a touch greasy (not always a bad thing). Fries and slaw were decent enough. 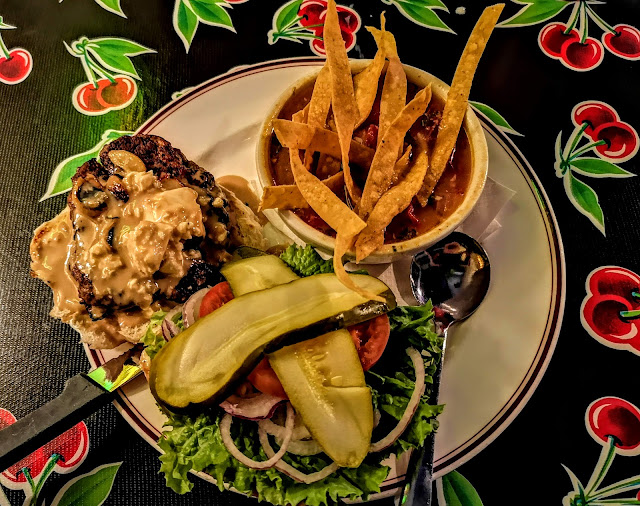 We also had a Lamb Burger and chose Tortilla Soup as a side in lieu of fries. The burger was impressive, served with feta and a mushroom sauce. Once assembled it was formidable and almost required a knife and fork. Nice pickles too. The soup was unremarkable but clearly house-made and chickeny. No complaints but not amazing either. 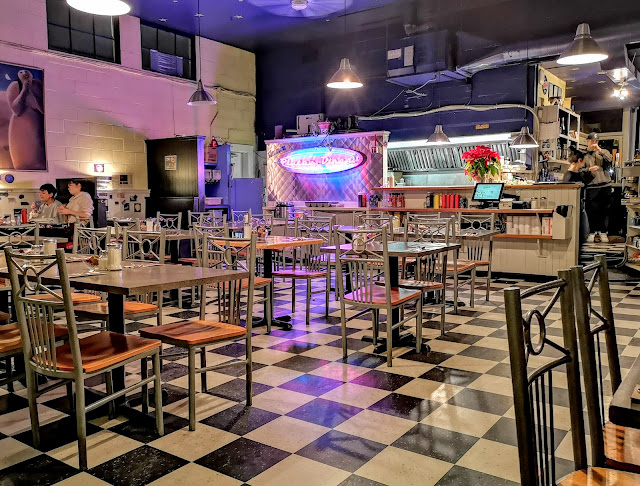 If you are wondering, Pluto is a reference to the dwarf planet and not Mickey Mouse's dog. Each of the booths has pictures and facts related to a planet (ours was Mercury) which is obviously the table identification system for the servers. The service was quick and friendly and the dining area is spacious and relatively comfortable. They are opened all day every day and serve breakfast from 8am most days.
For what its worth, we give Pluto's 3 out of 5.

By Yes! We're Eating Again! at December 30, 2019
Email ThisBlogThis!Share to TwitterShare to FacebookShare to Pinterest