Finding a place to eat on New Years Day can be a little tricky. Unless you are going to an NYD event brunch or have phoned ahead (that seems easy, doesn't it?), not everyone posts their holiday hours. So we tried PG Jamaican in White Rock which was not open. Then we made the ghastly mistake (OK. I did) of deciding to go down and see the new pier, forgetting that there was a polar bear event at the beach. Probably every third resident in metro Vancouver was there creating an impressive traffic snarl. Thirty minutes later we emerged relatively unscathed and carried on to our back up plan, Five Guys. 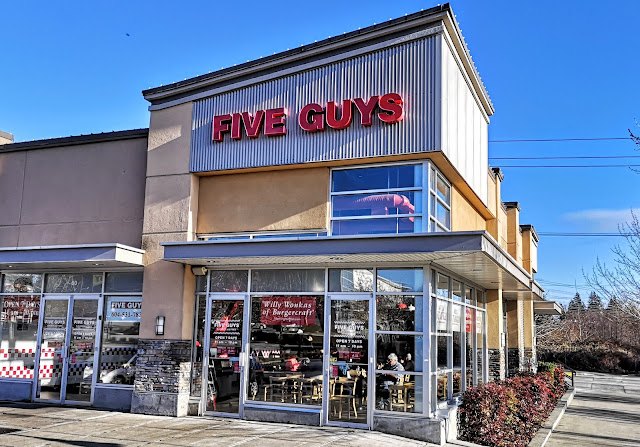 I know, I know this is a chain but it is certainly separated from the bottom rung fast food. I would put it in the same category as In' Out and Shake Shack which both have respectable foodie followings despite being burger joints. 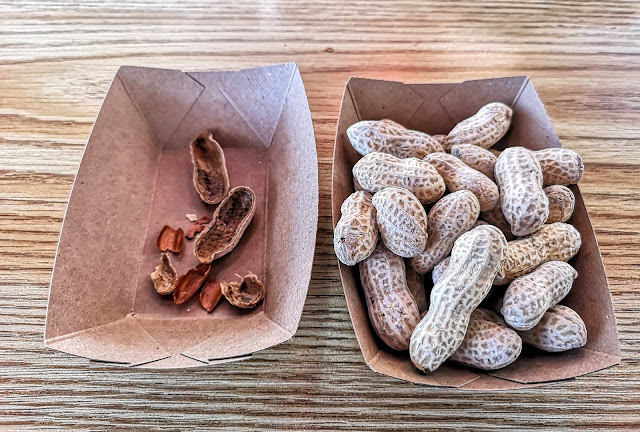 Help yourself to some peanuts while you are waiting for your order. They are not slow but they do cook to order and they can get busy. Don't throw your shells on the floor though; this isn't a western bar. 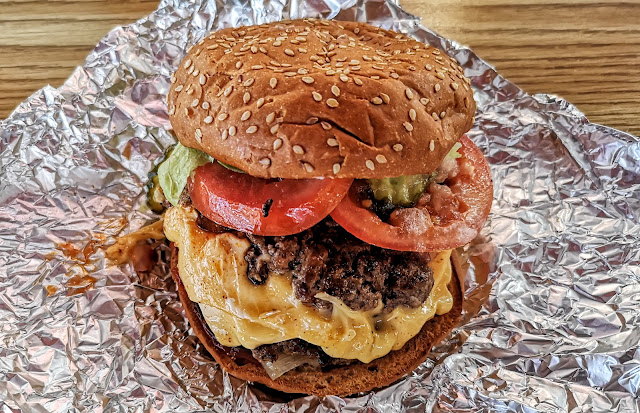 The Bacon Cheeseburger (which is actually a double) is $10.90. Two beefy tasting patties nicely charred on the flat top, melty American processed cheese, an adequate amount of bacon and your choice of a long list of toppings at no extra cost. In addition to tomato, lettuce, and very good dill pickles, we added hot sauce and jalapenos. This was a decidedly excellent burger and a decent value. At two or three dollars more than the usual fast-food burgers, it is so worthwhile. As Marie rightly pointed out, the Two Rivers Meats burger was maybe superior but it was a $16 investment. 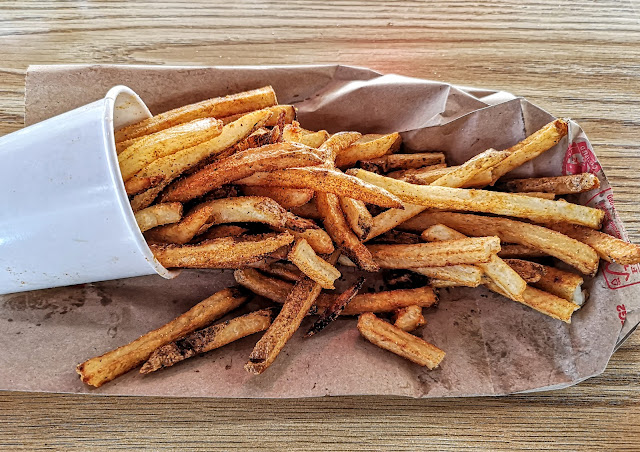 We're fans of FG fries, especially the Cajun Spice version. The spice is not overwhelming and they are not salted to death. The peanut oil that they use here seems to have been just nicely seasoned so that the fries have some colour and flavour from it. And I actually became aware of the taste of potatoes. Love the little crispy ones. 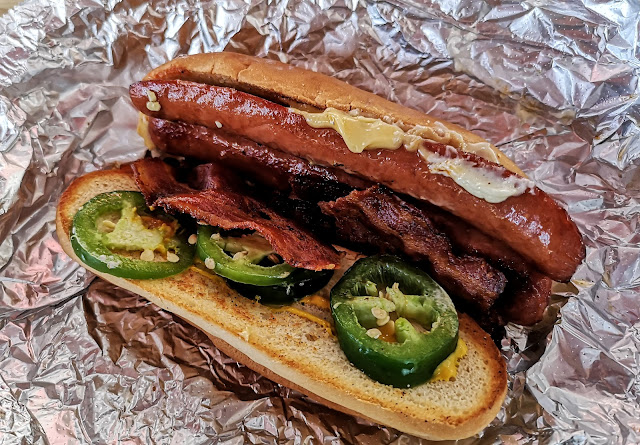 In addition to burgers and fries, FG offers some sandwiches and dogs. We tried the Bacon Cheese Dog which was pretty good. The wiener is split and grilled on the flat top and served with a generous amount of bacon and cheese. We asked for jalapenos and hot sauce on this also and it was a pretty fine dog. 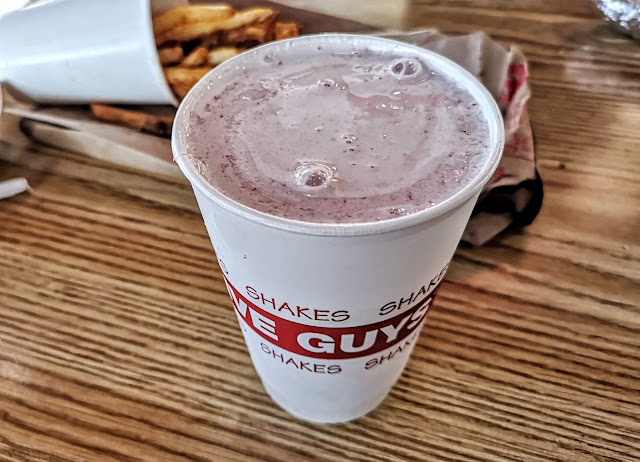 And oh yeah. We shared a really good Cherry Shake. They have some interesting shake flavours including bacon, peanut butter and salted caramel. 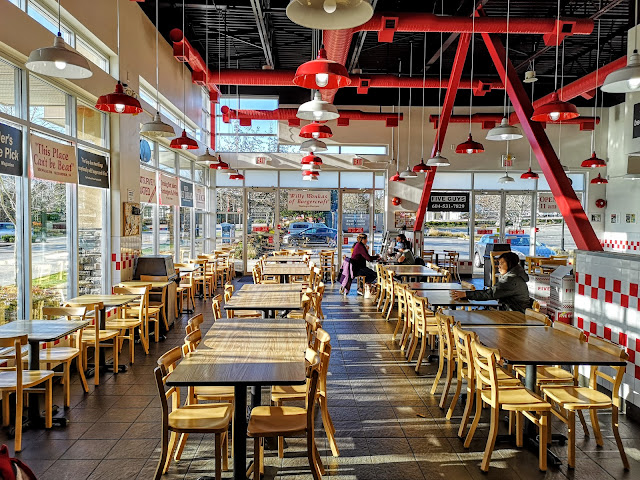 There is a nice sunny spacious room with lots of tables.  Friendly folks and decent eats. We paid just under $30 for all of this.
For what its worth, we give Five Guys 4 out of 5.

By Yes! We're Eating Vegan Again! at January 02, 2020
Email ThisBlogThis!Share to TwitterShare to FacebookShare to Pinterest