The problem with having a partner who is a restaurant review type blogger is that you almost never get to go to the same place twice. No matter how much Marie likes something we've eaten, we can't go back because "I already posted about that place!" One rather large loophole is the 'more than one branch of the same brand' loophole. So going to Yay Yah Ya Ramen in Richmond seemed like an acceptable option (we loved the Robson Street location). 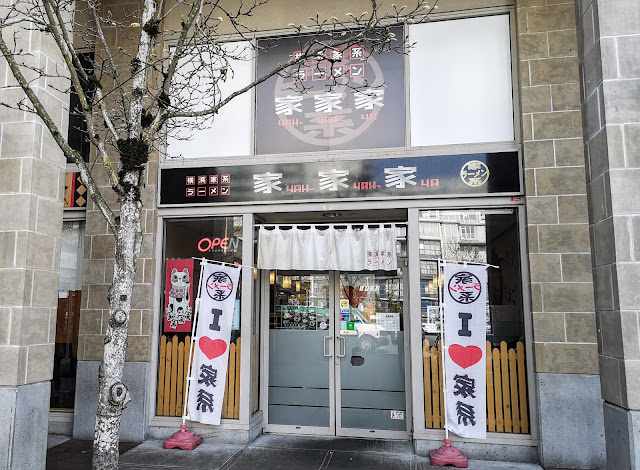 Not too mention, it is definitely ramen season (OK. It is always ramen season but it has been chilly lately). YYY in Richmond is located in the strip mall at Capstan and Sexsmith. This is not the worst of the Richmond strip mall parking fiascos but I can see during the busiest times, you may be moved to commit murder. 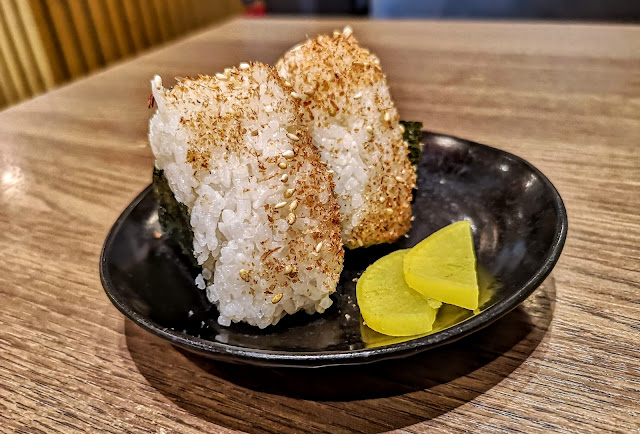 We had 2 triple sets which consisted of soup, drink and side. For one side, we chose the Onigiri (rice ball with Bonito flakes). Not bad. It fulfilled our rice craving and was salty and tasty. A little bit of seaweed wrap got us started on a 3-day laver binge which has not been a bad thing. 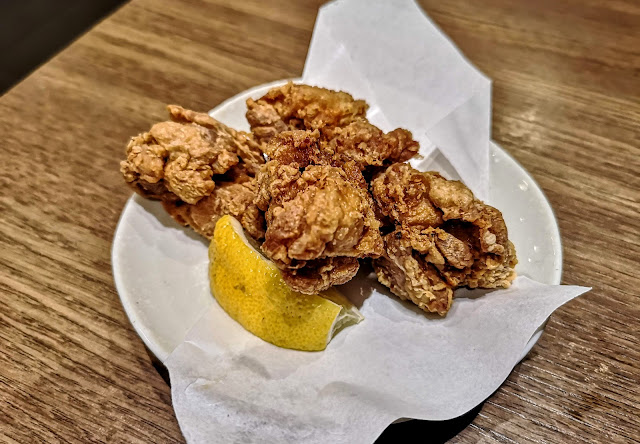 The other side was Karaage Chicken which we found to be tender inside while crispy and hot on the outside. Just what you hope for! No dipping sauce with this. 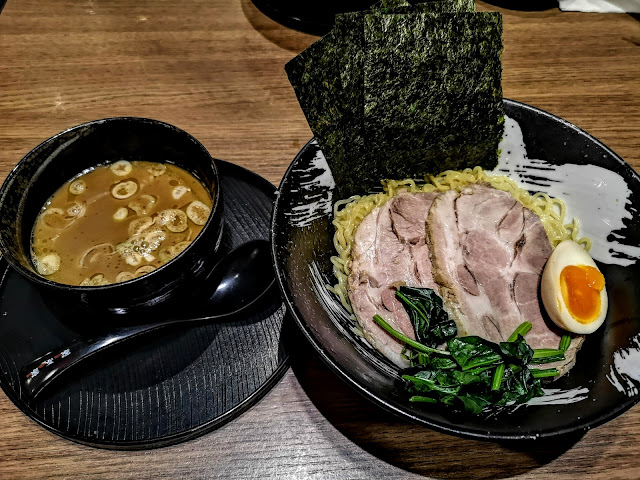 For the main soup, I chose Tsukemen which came with dipping soup on the side. I'm not sure of the allure of this arrangement. It was everything that is typical ramen with the broth on the side. The result was noodles that were kind of sticking together. We just poured the broth over the noodles! 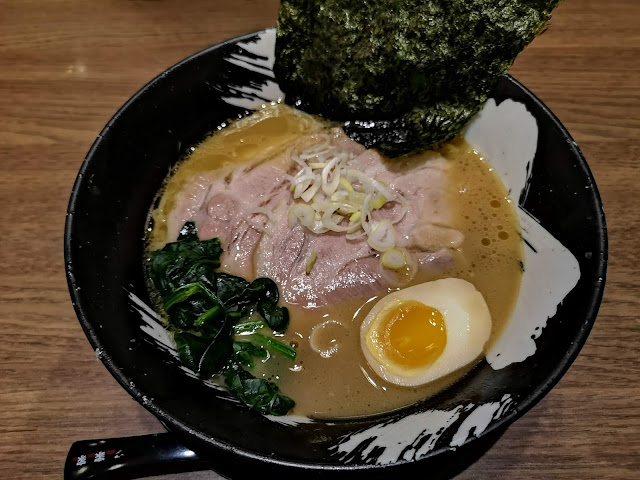 Marie had the Shoyu Ramen. Exactly the same as the Tsukemen but in one bowl. Am I confused here? One thing that we definitely noticed was that the dipping soup was far richer and tastier than the broth in the combined Shoyu. Interesting, right? That should tell you that the right thing to do is order with the dipping soup! Still, all was delicious and our ramen cravings were stilled for the moment! 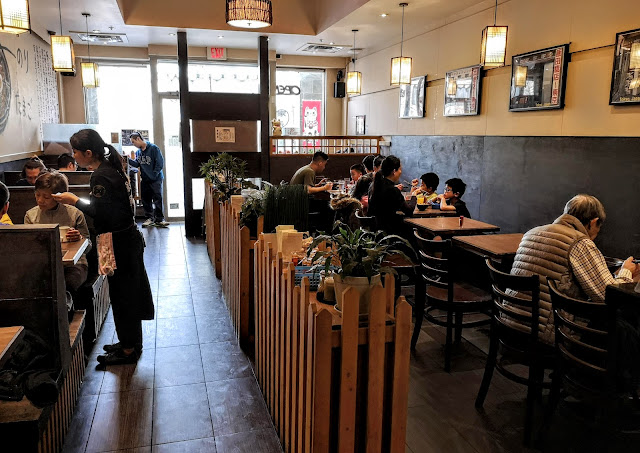 As always, we managed to avoid the line ups by arriving unfashionably early. By the time we left (Sunday lunchtime) the wait had begun. Not a huge place but so friendly and comfortable enough.
For what it's worth, we give Yah Yah Ya Ramen 3 1/2 out of 5. I can't remember how we scored Robson Street.

By Yes! We're Eating Vegan Again! at November 09, 2019
Email ThisBlogThis!Share to TwitterShare to FacebookShare to Pinterest