I rarely go out of my way for a grand opening. I'm not keen on line-ups for one thing. Also, it often takes some time for a new place to get up to speed, work out the kinks and show what they are going to produce. So it was only by total fluke that I stumbled across Stuffies on their opening day at Guildford Town Centre. When I first happened by, the line up was long so I just kept going. 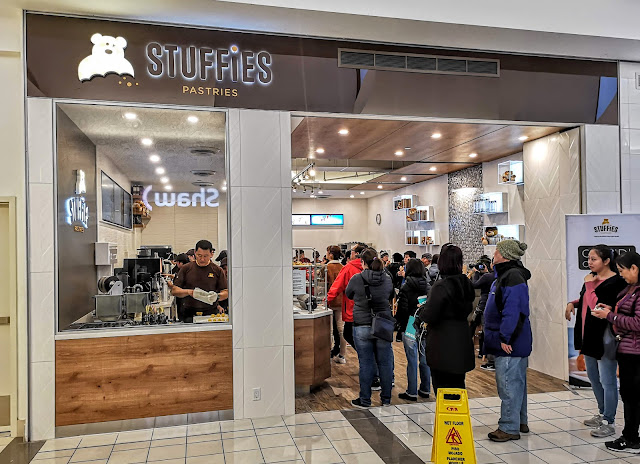 On a later loop around the mall, the crowds had subsided enough to make me think a little snack might be nice (Oh my God! It's true! I have turned into a mall walker!) 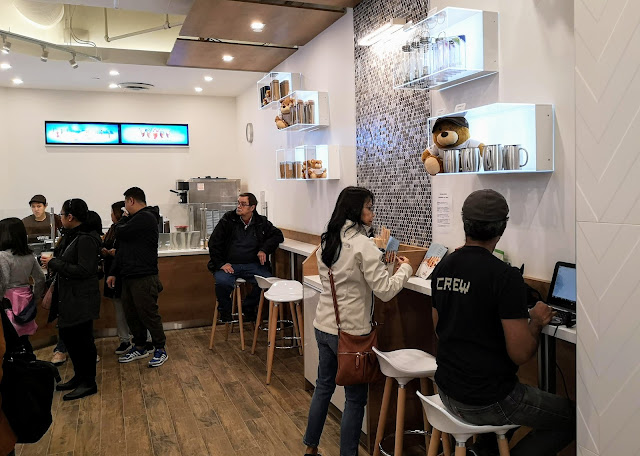 There is a bit of a counter and some seats on one side of Stuffies (they won't be taking reservations) so I ordered something to eat and set up shop to try to take some pictures. 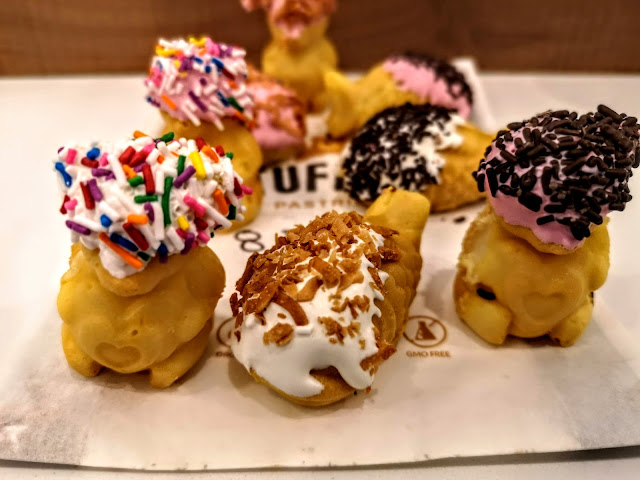 The whole point of Stuffies is cute little, waffle based, animal-shaped pastries with sweet custard (strawberry and vanilla (?)) filling. I ordered them dipped so, unfortunately, these bears and fish had their features obscured by icing and sprinkles. They were tasty enough. They are advertised as gluten-free but I am unsure if that applies to all their menu items or not. I'm also not sure why you need to avoid gluten while binging on sugar. 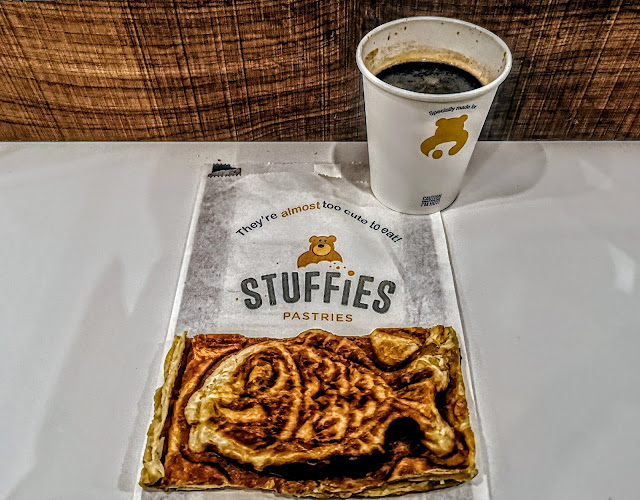 Happily, it is more than just a sugar fest. I ordered a breakfast Cro-Tai (actually, I called it a breakfast sandwich and was quickly corrected) which is the same waffle cooked in a mould idea but this one came with bacon and egg. I also ordered what turned out to be a very decent Americano! 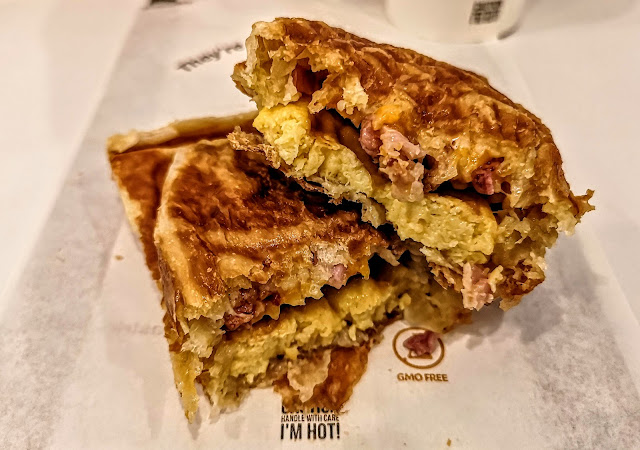 The Cro-Tai was quite good and at $4.25, I would choose it over an egg a' muffin any time. 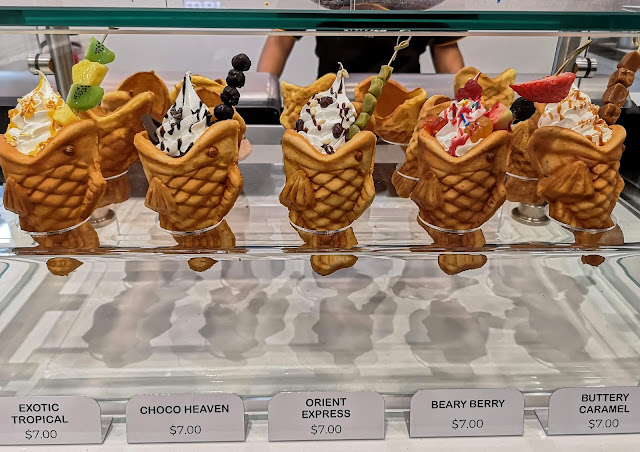 They do a fish with ice cream also which looked pretty good! Their ice cream is dairy-free and soy-based (meaning its not really ice cream at all). While few people are actually gluten-sensitive but play into the current fad, a full 65% of the human race has a measure of lactose intolerance. So the dairy-free thing makes sense while I'm am usually just annoyed when I see things advertised as gluten-free. 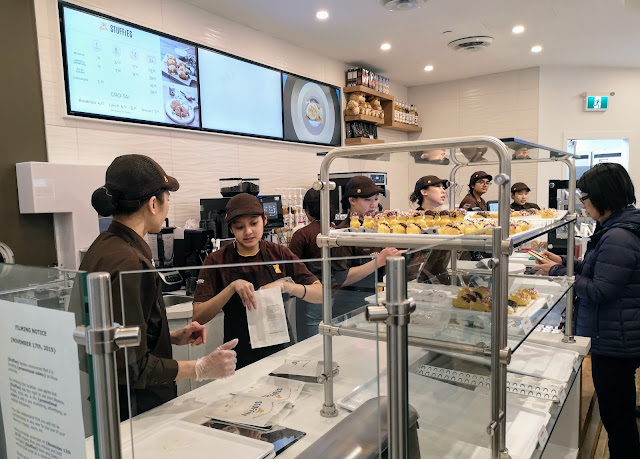 Stuffies was prepared for the first-day influx and service was quick. 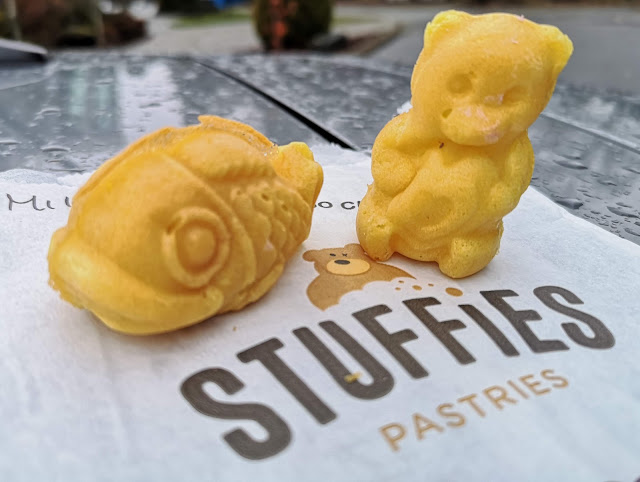 By Yes! We're Eating Vegan Again! at November 19, 2019
Email ThisBlogThis!Share to TwitterShare to FacebookShare to Pinterest