On National Taco Day, I did the responsible thing and went for tacos! This, in contrast to forgetting completely about International Talk Like a Pirate Day on Sept 19  ( yarrr). I had been driving past Holy Taco on occasion and finally looked at their web site to realize that they were not of the Taco Bell/Time ilk. There seemed to be a little more actual Mexican food going on. So I decided to try them out! 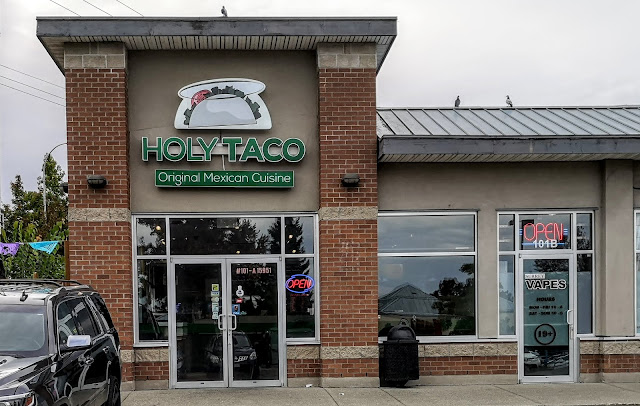 Located almost at 160th on Fraser Hwy, don't miss the driveway or you will find yourself in a warren of competing parking lots designed to frustrate potential shoppers and diners. 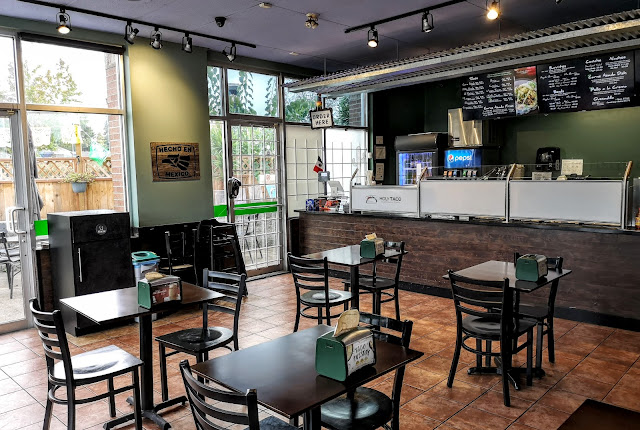 Leaning towards fast food is the order at the counter / pick up at the counter system. Food is not, however, waiting for you under heat lamps and it seems like items are assembled as you order. 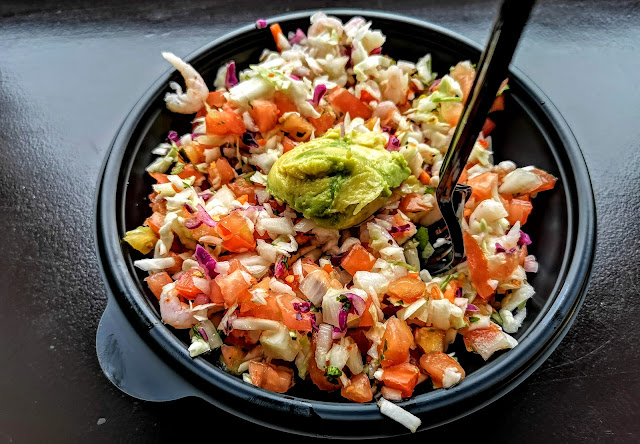 So I started by trying their Ceviche. Not brain surgery as Latin food goes but certainly a large step away from Taco Bell. It was a decent-sized serving for just over $8. Not available in the white fish version that I expected, your choices are veggie or baby shrimp. The lime juice part was a little overwhelming (it is, of course, ceviche) and could have used a touch of olive oil to offset that but it was refreshing and the shrimp were actually tasty. 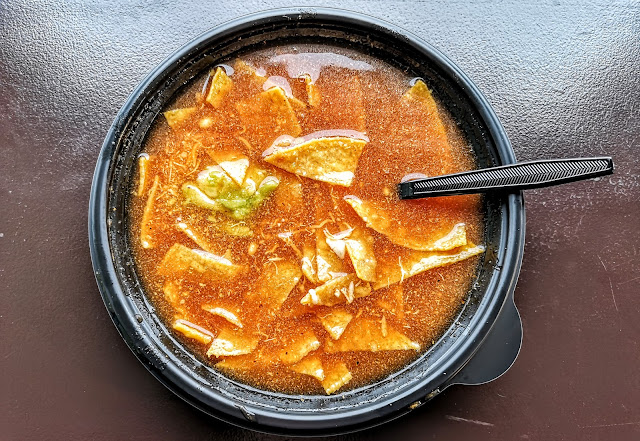 Tortilla Soup is also something that you don't always see in the fast-food world. The broth was chickeny and some shredded chicken and avocado were present. Unfortunately, the tortilla chips were not fried in house (or maybe just not recently). Still, not bad at just over $4. 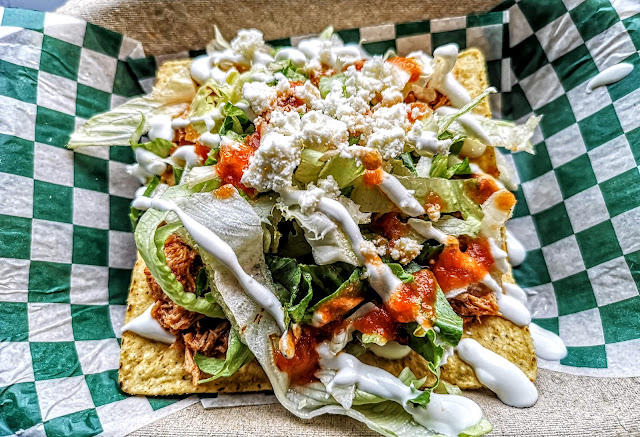 I was a little more impressed by the Tostado. Although challenging to actually eat, this was a nice little arrangement of chicken tinga, salad, queso and sour cream. I was not unhappy with this under $4 treat and would order it again. 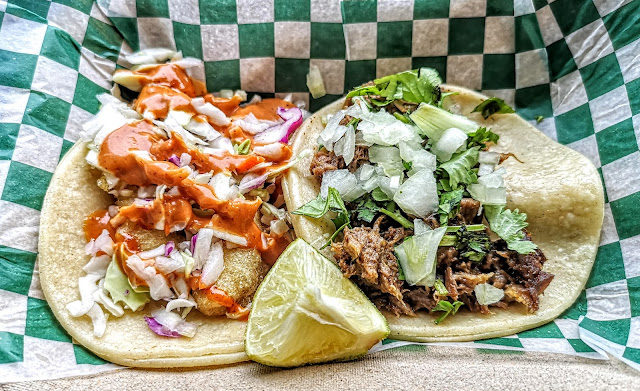 Finally, there were tacos. Again, these were not too bad! Smallish and not super cheap at about $2.80 each, I ordered Lengua (tongue) and Pescado (fried fish). There was a good amount of lengua for the size of the taco and it was beefy and rich. Complete with a little onion and cilantro on tasty soft corn tortillas, this was great. The fish taco too was very good if a little sparse on the protein. Not too crispy but that is my own fault for not tucking in immediately. With a nice slaw and spicy sauce, I would order this again also. 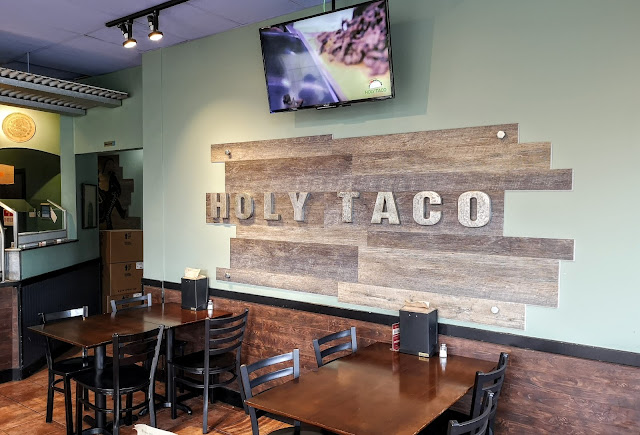 There is a selection of hot sauces and even sour cream for you to add if you need. There is a Spanish language magazine to browse which impressed me! They are friendly enough here and I think you get decent value for your money. I would return for tacos and the tostada but won't repeat on the other items. There is more to the menu that I did not try including churros!
For what it's worth, we give Holy Taco 3 out of 5.

By Yes! We're Eating Vegan Again! at October 03, 2019
Email ThisBlogThis!Share to TwitterShare to FacebookShare to Pinterest