Fall has arrived and we are down for soup. Of all the soups available on the Vancouver food scene, we are ramen fanatics of course but we have a love for pho and chowders and bisques and all varieties of broths and pottages too numerous to mention, representing probably every cuisine on earth. Despite that, Marie and I don't seem to have a tremendous track record with another Vancouver staple, hot pot. Maybe back to basics are in order. 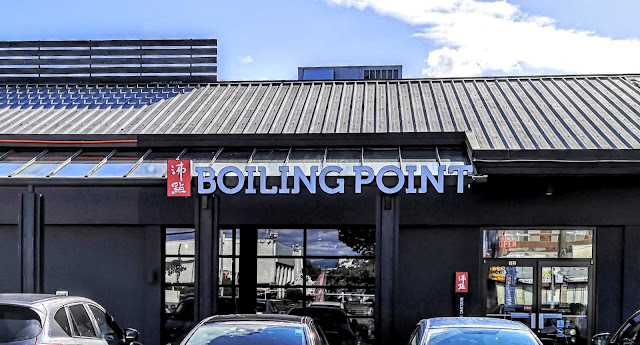 The type of hot pot served at Boiling Point is of the no-nonsense, everything arrives in your bowl type, and the server lights a burner allowing your soup to happily bubble away. Purists would probably be aghast that we would allow others to assemble and cook our hot pot but initially, it seemed like a good idea to us. 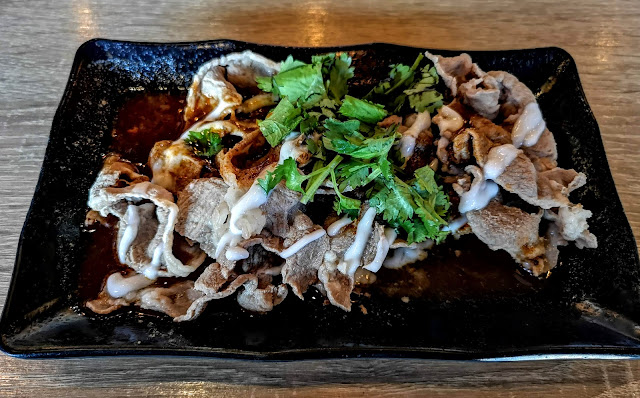 Most lunch hot pots are within the $15 to $19 range and are available with add ons and sides as a combo. We each tried a side at $5. First up was Spicy Cumin Lamb which was tender and tasty and had just a bit of a spicy bite. The meat did not seem to have any kind of grill treatment which might have perked things up a bit. 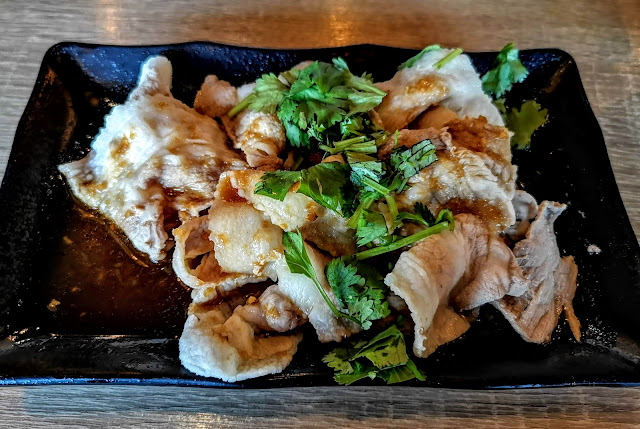 Next up was Garlic Pork Belly looking remarkably like bacon without the crispy. Again tasty due to the sauce. The sauces available are definitely a strong point at BP. Texturally both of these appetizers left a little to be desired. 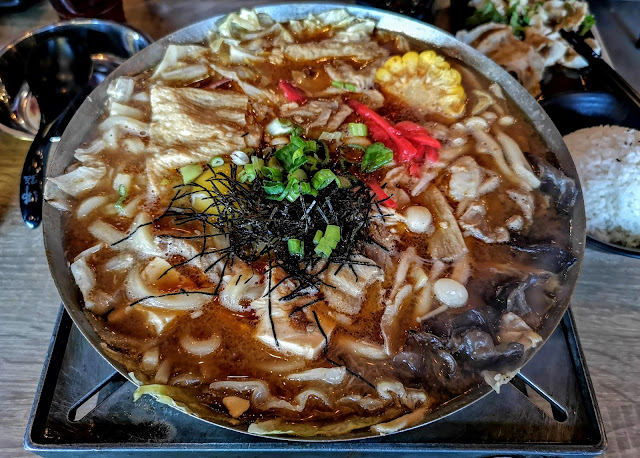 I had the Tonkatsu Miso for my hot pot. It was a nice mix of unimpressive chasu (this is not a ramen shop), a couple of shrimp and tasty broth. The highlight for me was tofu skin and a nice selection of mushrooms. Like all of their hot pots, you can choose your level of spicy. Served with a bowl of rice (or noodles), I rescued my shrimp from the broth by moving them to the rice. It seemed like this was probably what was intended for all the ingredients to prevent us from burning our mouths! 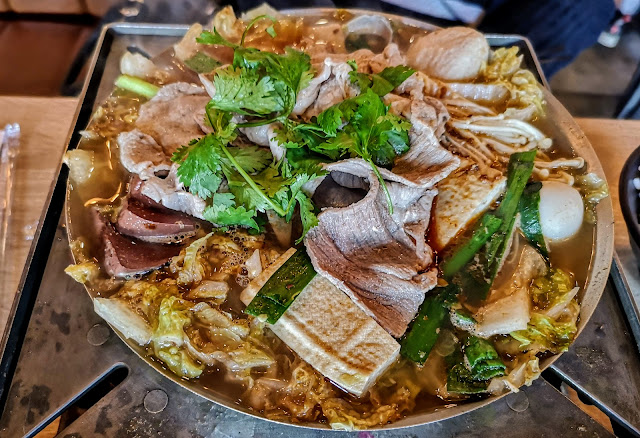 Marie had the House Special which also featured quite a variety of ingredients. We didn't expect a lot of any one thing but in total, there was a lot of food in both of these pots! Read the list of ingredients on the menu carefully. If you are not a big fan of pork intestines know that a little goes a long way. We had leftovers that we took home but reheating the soup with the intestines seemed to increase the flavor considerably.
Each hot pot comes with the previously mentioned rice and complimentary tea (at least at lunchtime). If you can figure it out, the tea glass gives the history of BP. 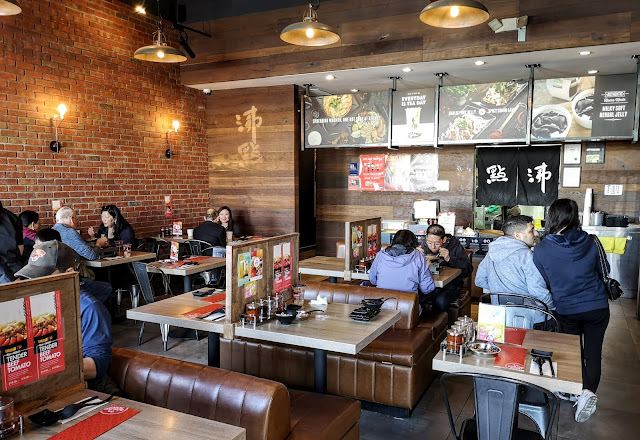 Its a nice little restaurant with a bunch of tables for two and a few places for larger groups. They seemed to remain busy all of the time we were there (Sunday afternoon). The staff were friendly enough but maybe a little run off their feet. The most important thing is that they seemed sure-handed carrying the hot soup and burners.
For what its worth, we give Boiling Point 2 1/2 out of 5 and next time will try a more traditional hot pot joint.

By Yes! We're Eating Again! at September 30, 2019
Email ThisBlogThis!Share to TwitterShare to FacebookShare to Pinterest