Recently we lost longtime Aldergrove restaurant, Manisha Sweets, dropping our local count to one Indian restaurant (Oh, I know every take out pizza place also sells butter chicken) namely the recently opened and frankly pretty good, Aldergrove Indian Bistro. Now that number skyrockets back to two as Taj Indian Cuisine and Sweets has opened just off Fraser Highway in the middle of town. 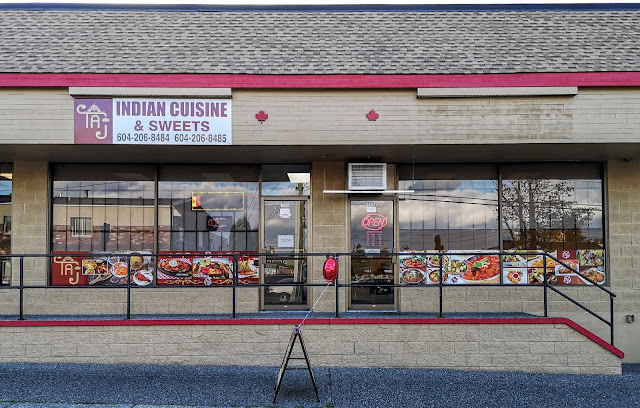 We decided to give Taj a try about a week after their opening on a Saturday evening. To our surprise, the dining room will not be open until Oct 5. No problem! We've had Indian take out many times! 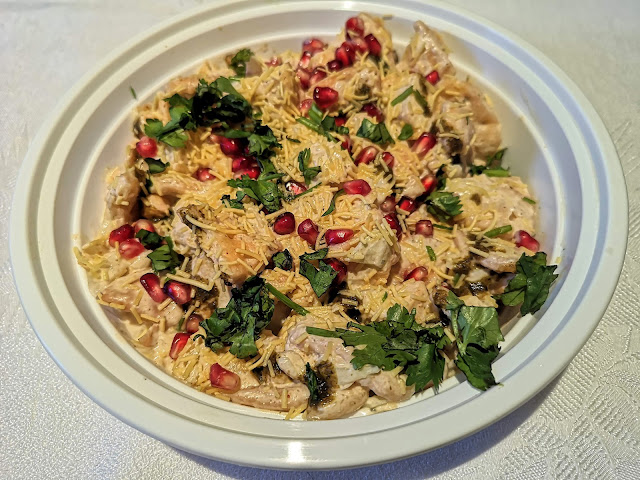 So we ordered Chaat Papri. It came with a nice sprinkling of pomegranate. It was a bit of a homogenous mix so that the crispy flakes had lost some of their crispiness. I'm not sure if that's a symptom of take out or if that is just their recipe. It was tasty enough and I would try in their dining room. 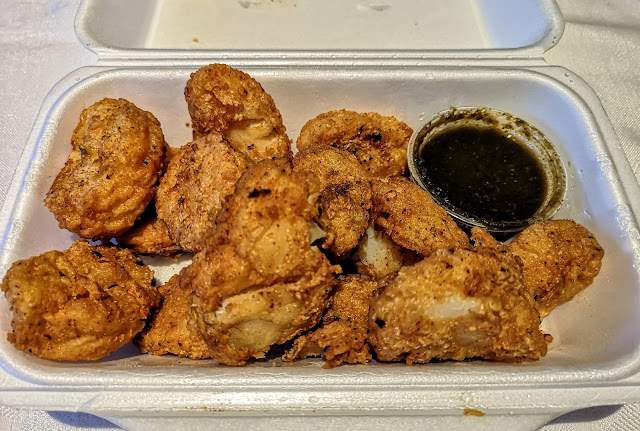 Definitely suffering from the take out effect was the Fish Pakora. These had huge potential as they were meaty and tasty and the chutney on the side was very good. Again, they were decent even after we got them home but I would love to try them directly from the fryer to table! 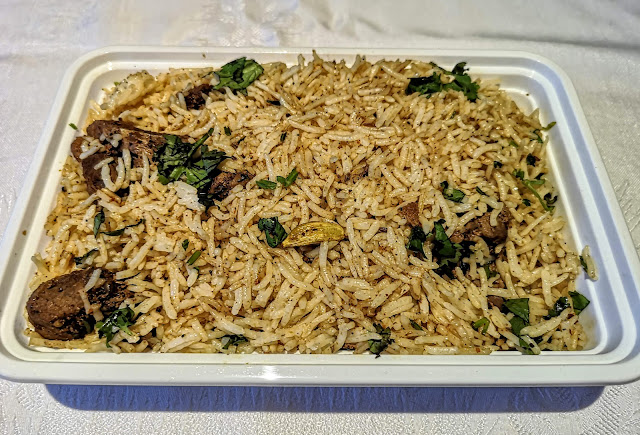 Now Goat Biryani is a dish that can stand up to take out. This dish had a nice bite of heat (we ordered it that way) with a generous amount of not too bony, tasty goat. Nice! 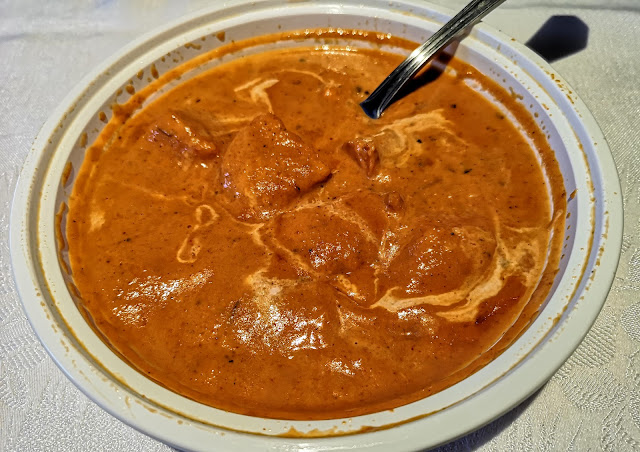 The girls (Marie and her grandaughter) both insist on Butter Chicken. To be honest with you, I have had enough. There are too many other amazing Indian dishes to try. I am going to try making butter chicken myself (not exactly rocket surgery) to allow for ordering other things at Indian restaurants. We all agreed that this was a little too sweet. At least there was a decent amount of chicken. 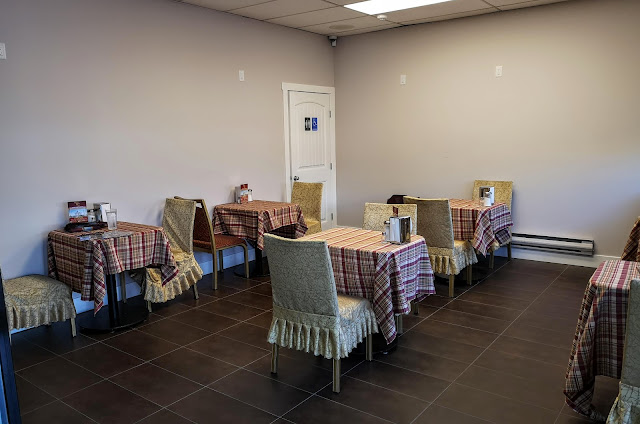 Though the dining room is not yet open, it looks comfortable enough and I assume there will be something on the walls by the time they are open. Make sure that you are not seated by the washrooms! The folks here are friendly enough and should do ok in this competitive Aldergrove market (making a bit of an Aldergrove joke here!).
For what it's worth, we give Taj 3 out of 5.

By Yes! We're Eating Again! at September 25, 2019
Email ThisBlogThis!Share to TwitterShare to FacebookShare to Pinterest