White Spot is a bit of an iconic British Columbia place to eat. I'm sure that you have heard of it. I have eaten there many times over the years but almost always either on my employer's dime or with a gift card (also usually my employer's dime) and so wasn't as conscious of the prices as I came to be this weekend. 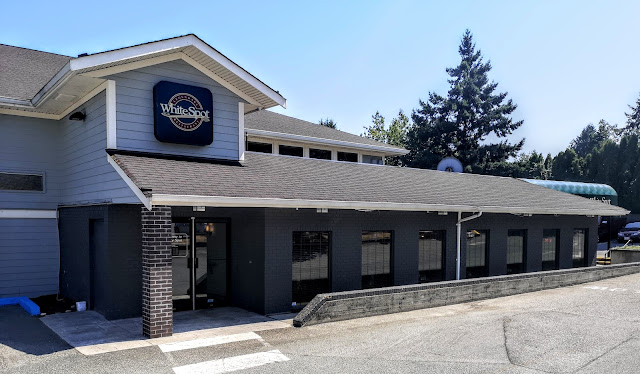 I was surprised to learn that my partner had never been to WS and so with national pride (well, provincial pride anyway), suggested it as a lunch destination for ourselves and her kids after camping at Allouette Lake (beautiful) and an hour or so of halfhearted blueberry picking (under forced labour conditions in the heat).In Aldergrove, White Spot is located in the Best Western Hotel at Fraser Hwy and 264th. So we arrived en masse (eight of us) and were accommodated in fairly short order. 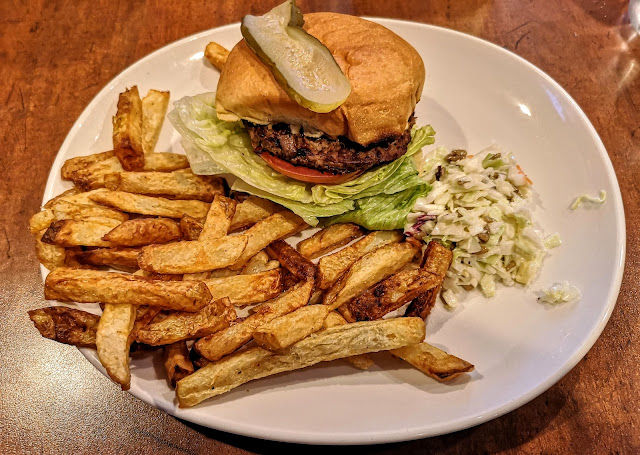 The eight of us ordered and the food kind of took its time about arriving. In their defence, all the food arrived roughly at the same time rather than in bits and pieces. No one had to sit around wondering if it would be rude to start eating while others were waiting. I had the Legendary Burger without a lot of extra stuff (lettuce and tomato) which turned out to be less than legendary. I had fully believed that the Triple O Sauce would be all I needed but some cheese and bacon might have picked things up. The meat was beefy but other than that, not amazing. Sorry! A scoop of coleslaw (not bad), tasty but distinctly un crispy fries, and a soft drink rounded out the meal at $14.49 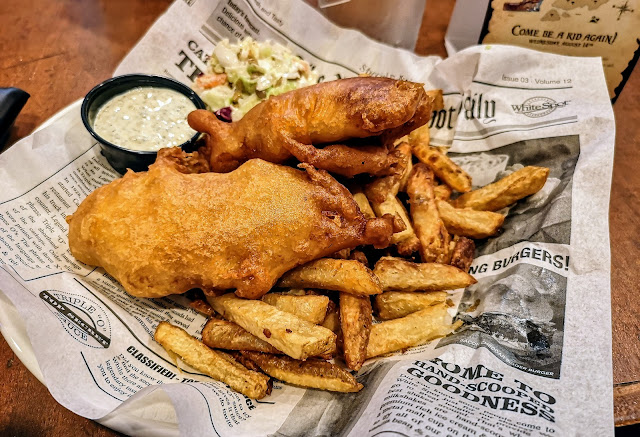 Marie had the Fish and Chips. She likewise was not blown away. The tartar sauce was very good but the fish seemed to be all batter. Her fries also suffered from a lack of crispy and all at $16.49. So we kind of came away less than dazzled on that occasion but I had pirate pack day marked on my calendar. 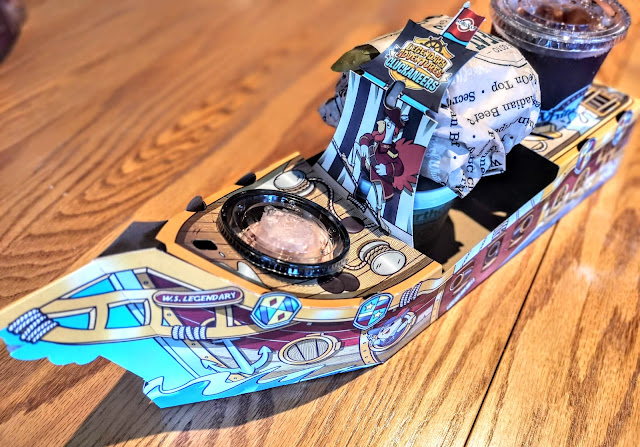 So come Wednesday the 14th, and anxious to relive a treat from my childhood, I ordered a couple of Pirate Packs to go! 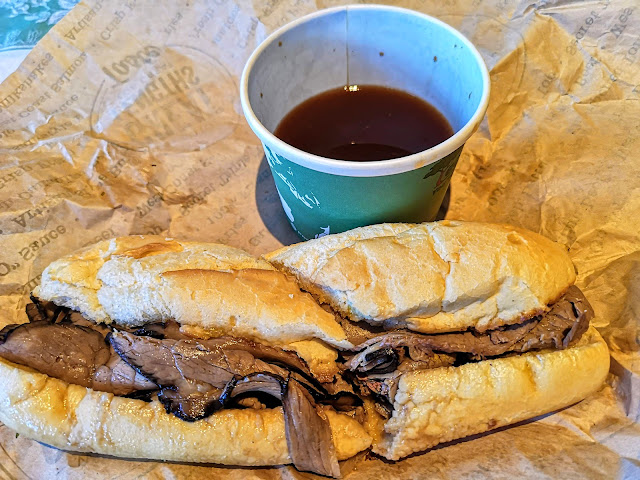 This time I ordered the Beef Dip which turned out to be an inspired choice. There was a generous amount of tender flavourful beef and the 'jus' was garlicky and rich. I would definitely order this again and it went a long way towards redeeming White Spot in my view! 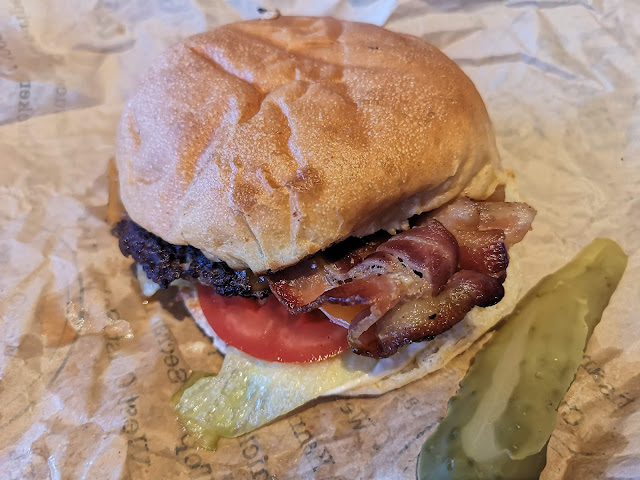 Marie had the Bacon - Cheddar Burger. This is what my Legendary Burger of the previous visit needed. As I tasted her burger I was much more aware of the Triple O sauce as well. Did they forget it last time? I can't imagine that could happen. Coleslaw...still decent. Ice cream with the Pirate Pack...just ice cream. And the same plague of soggy-ish fries. White Spot definitely needs to work on their fries. 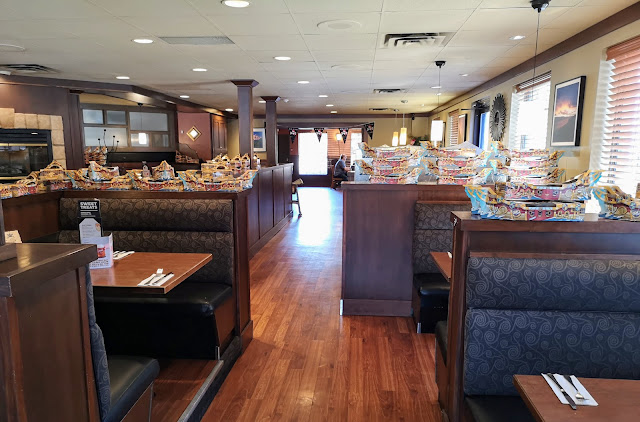 The restaurant in Aldergrove is comfortable and the staff are friendly and efficient and really, the prices are pretty decent I would not hesitate to take friend there but in the future, I won't build it up as a symbol of our province. It is just a decent place to eat.
For what it's worth, we give White Spot 3 out of 5.

By Yes! We're Eating Again! at August 19, 2019
Email ThisBlogThis!Share to TwitterShare to FacebookShare to Pinterest