Silog is one of those words which has rendered Tagalog as not one of the 'romance' languages. However, being a combination of the words meaning 'fried rice' and 'egg', silog has certainly helped make the Filipino mother tongue one of the 'delicious' languages. 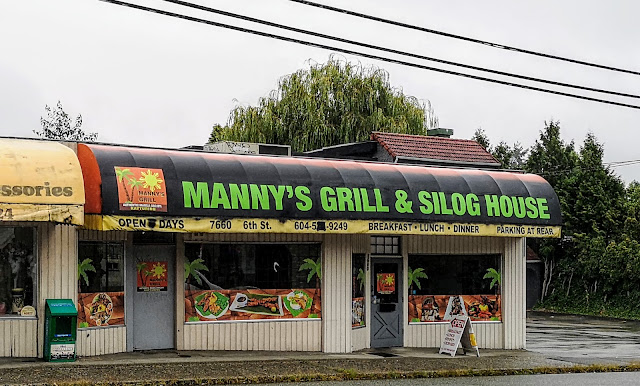 Filipino food is perhaps the most underrepresented of the cultural cuisines when compared to the size of the local population. And so we try to seek it out and give it some exposure (Like, oh sure. We're big influencers). Manny's is on 6th Street in New West and has a menu pleasing to the local Filipino population and easily accessible to people trying this food for the first time. 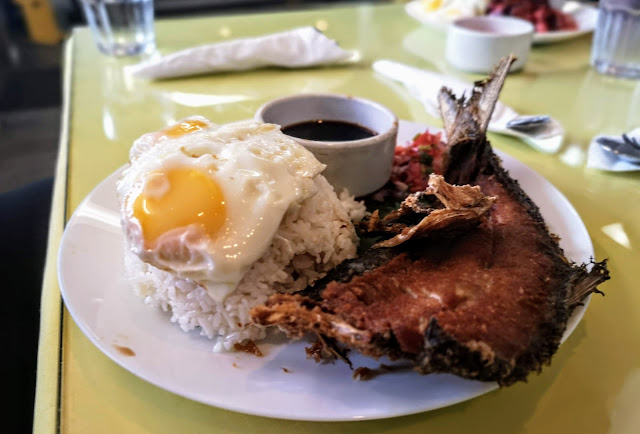 A silog is a breakfast, in case the meaning of the word did not give it away. An anytime breakfast in reality, always accompanied by white or garlic rice and a couple of sunny side up eggs. Marie will almost always choose milkfish if it is available. This deep-fried full fillet of flakey white fish was very tasty and always comes with a vinegary dipping sauce. 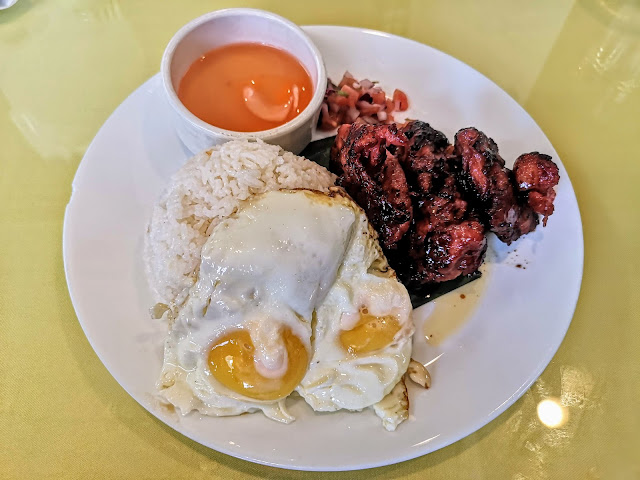 For Marie's daughter, the choice was Tocilog. This is sweet cured pork butt slices (Tocino) cooked on the flat top. When I try cooking Filipino sweet cured meats at home, burning is a problem because of the sugar but cooked just right, it has nice charred bits! 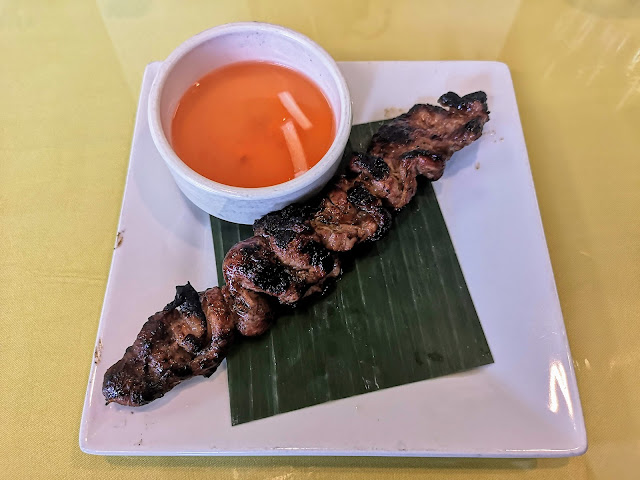 Marie's granddaughter and the smallest appetite in the group, had a skewer of barbeque pork with rice on the side (you know what rice looks like). The pork was tender and tasty enough with a nice little bit of char. 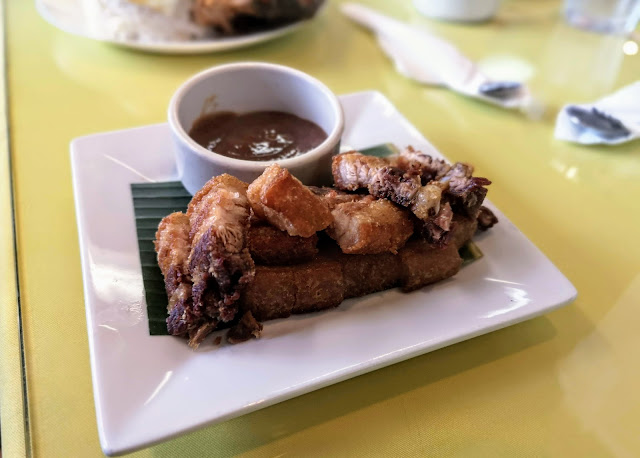 I had the Lechon Kawalli (deep fried pork belly) This is sort of bacon on steroids, and ridiculously delicious. While I grew up not ever having experienced pork belly, Marie uses it quite often in various dishes when she is cooking. It is readily available in the Asian grocery stores but not always in the big chain grocery stores. I am not sure you should eat it at every meal, but its a tasty treat on occasion. 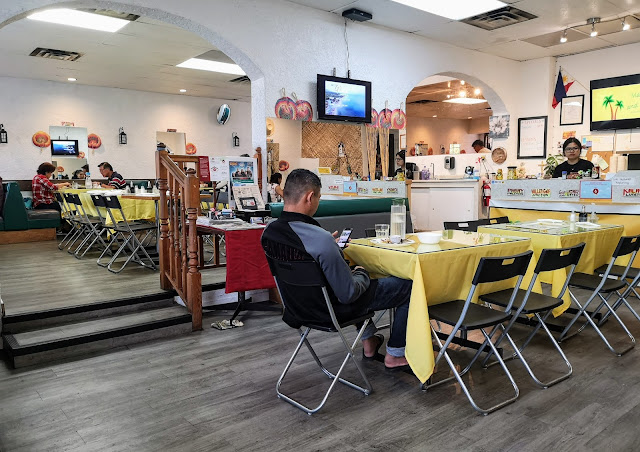 Any way, check this place out. I read about folks having to wait for tables but I think maybe those were old reviews and they have expanded at some point. We were seated right away and the service was friendly and quick. Its a little bare bones here (folding chairs and some booths) but that is often the case with Filipino restaurants. The emphasis tends to be on the food and not the decor.
For what it's worth, we give Manny's Grill and Silog House 4 out of 5.

By Yes! We're Eating Again! at August 17, 2019
Email ThisBlogThis!Share to TwitterShare to FacebookShare to Pinterest