Just south of Commercial Skytrain station is a little Cuban joint called Varadero Cafe. I am not sure exactly how it ended up on my radar, possibly just the fact that there are not a lot of Cuban places around! 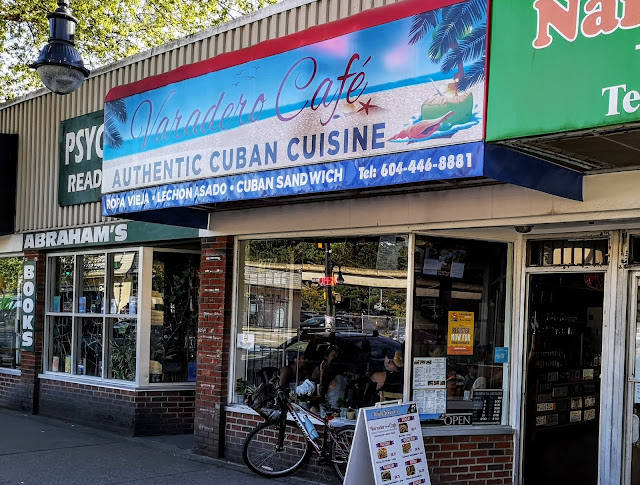 We arrived early Sunday afternoon and were seated right away. We enjoyed the vibe, the Carribean music and colourful decor. 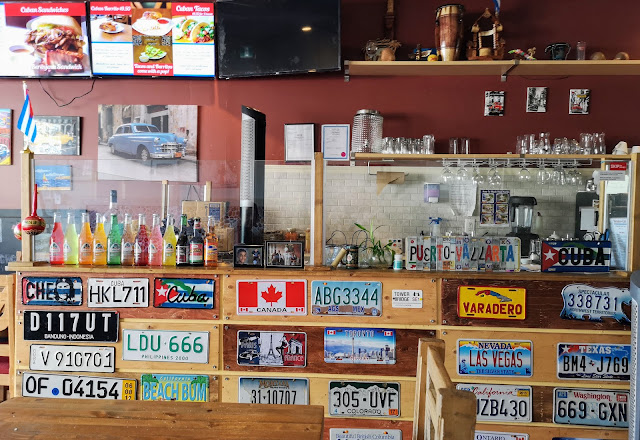 Everything on the menu looked good and we started with an empanada. 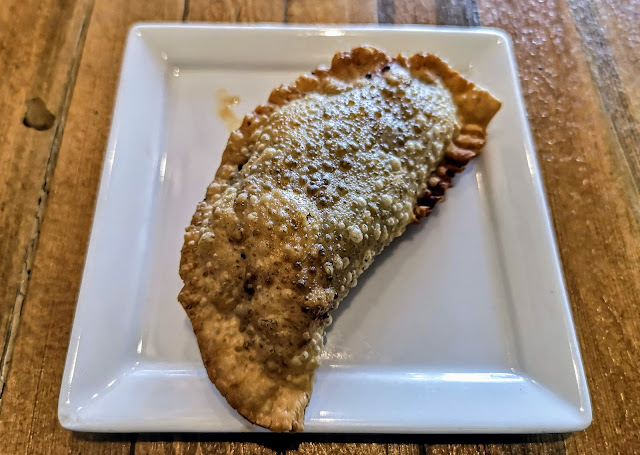 This was a meat-filled empanada and arrived fresh out of the fryer. The filling was tasty and moist. Overall, probably our favourite item of the meal. 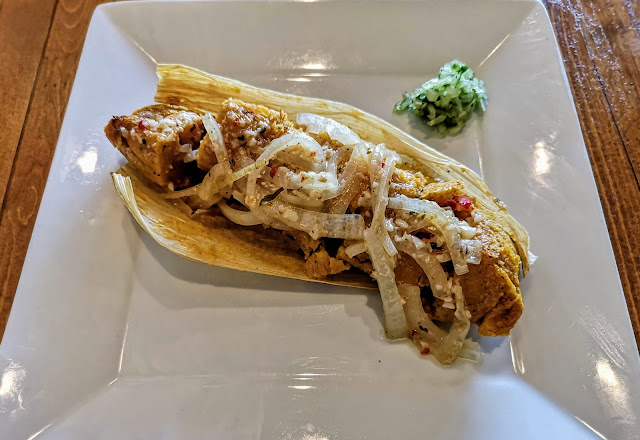 Next was a Tamal Cubano. It was similar to a Mexican tamale, maybe a little larger, stuffed with braised pork and was topped with an onion sauce. The onions provided some texture and kept the bites from being dry. Tamales are often dry but these were pretty good. 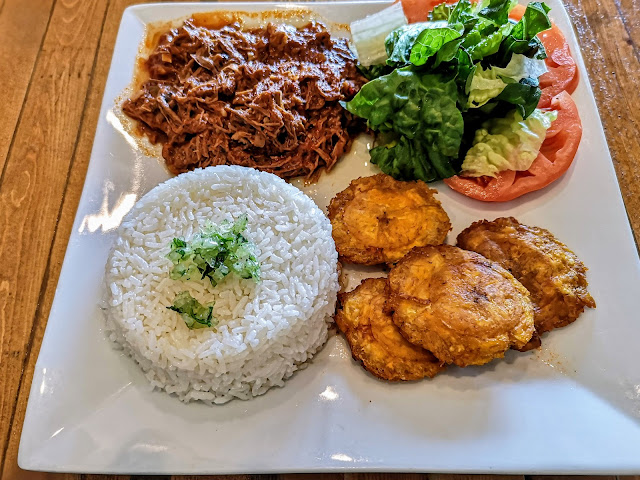 We tried their Ropa Vieja a slow cooked beef with tomato sauce. It was very tasty and the acidity of the tomatoes contrasted nicely with the richness of the beef. Tostones (deep fried plantain) were served on the side and were crispy and hot. 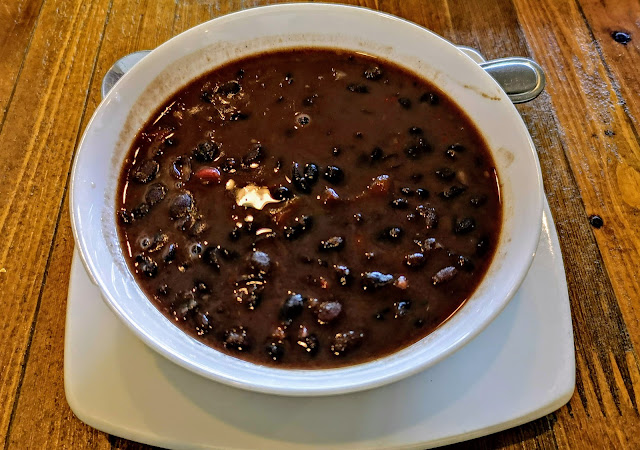 This entre was served with black beans on the side. These were very plain which was fine with me as I love black beans. I could tell that Marie (no poker face) was less than thrilled with this. There was no salt on the table but there was a bottle of excellent hot sauce so no excuses there. 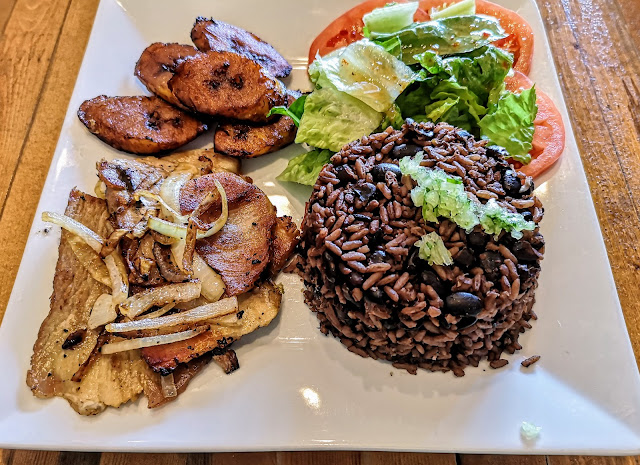 Lechon Asado was our other entre. I guess we were expecting something a little different here as the menu describes slow roasted pork chunks but what we got seemed to be sauteed slices. It was tasty enough but a little on the chewy side. Served with maduros (sauteed plantain slices) that were nicely sweet. The rice and beans came together as congri on this plate (you have the two options with both the plantains and the rice and beans). 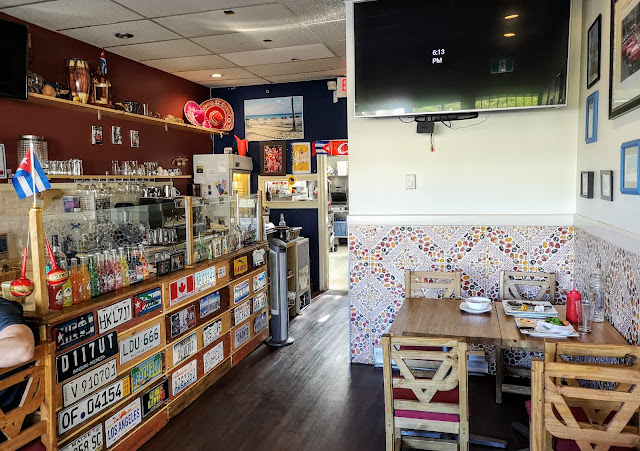 So we're not experts on Cuban food. It was all interesting and tasty enough but nothing life-changing. Our server was friendly and accommodating and the little place is not uncomfortable. I am inclined to want to try Varadero at lunch time as they have several variations on the Cuban sandwich along with tacos and such.
For what it's worth, we give Varadero Cafe 3 1/2 out of 5.

By Yes! We're Eating Again! at July 05, 2019
Email ThisBlogThis!Share to TwitterShare to FacebookShare to Pinterest