For Saturday afternoon at least, in Vancouver's Concorde Community Park least, the old 'sol' seemed to be hiding away from us and we hoped not to be driven away by the 'iluvia'. Alas, we had not anticipated by bringing our umbrellas. Still we paid our $2 admission and got our moneys worth at this colorful multicultural festival. 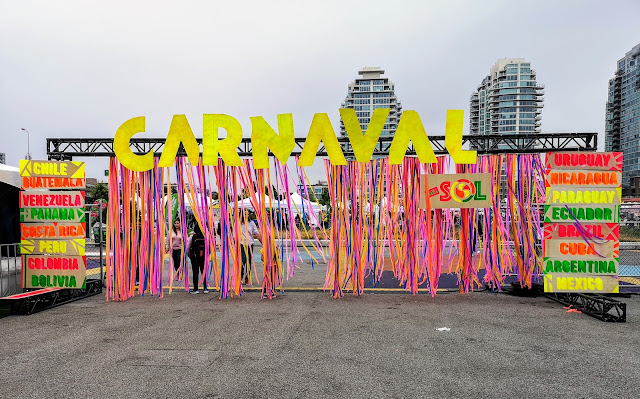 Many Latin American countries were represented and of course, they brought their music. How could there not be a mariachi band? 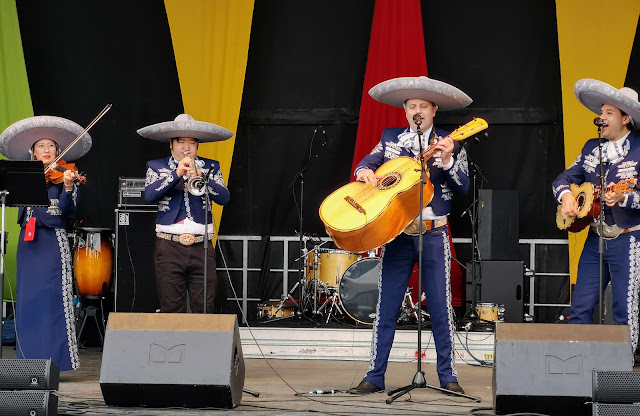 But other forms of Latin American music were represented on the 4 stages at the festival including the Robyn Lane Band that played Afro Latin Jazz. 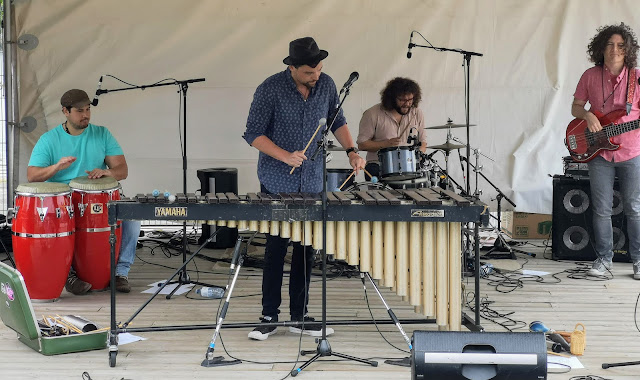 Naturally, there was also percussion and dancing, sometimes including willing participants from the audience. 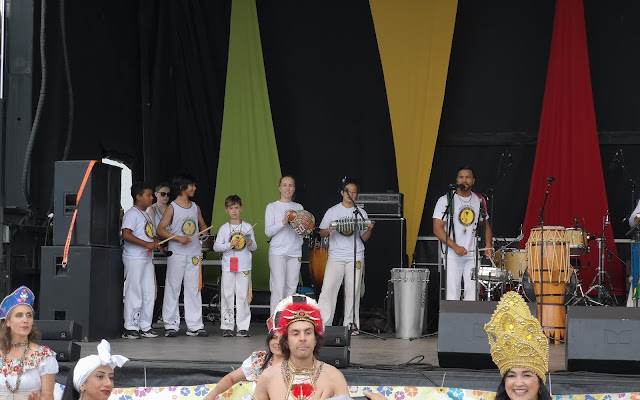 Arts and crafts (including cooking demonstrations) and a colorful market were also on site to capture your attention. There were children's activities and even games for adults. 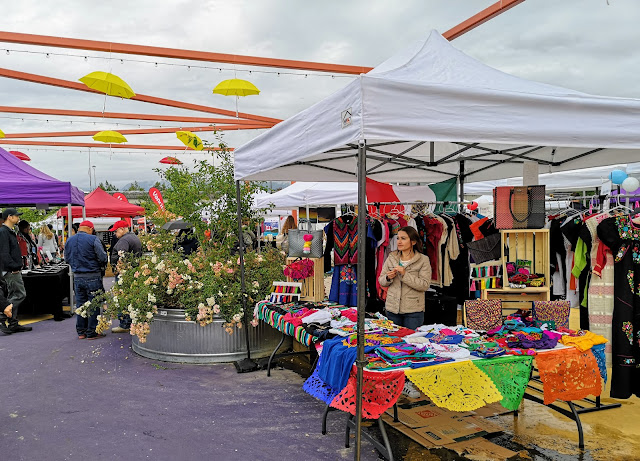 And of course, there was food...In fact  a lot of food. There were a lot of things available from different countries including things I had never tried! 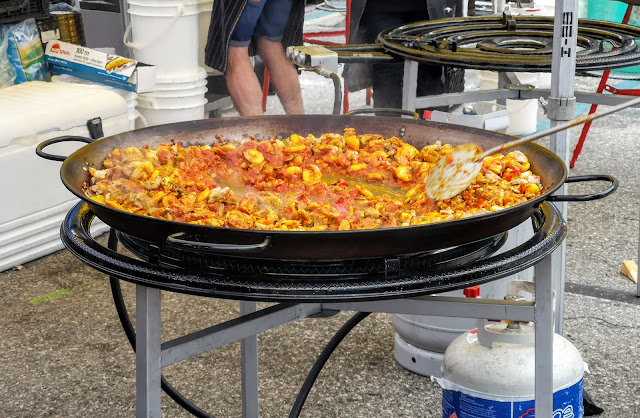 There was Paella from the aptly named Paella Guys (aptly except for the fact that it wasn't all guys running this food stall). 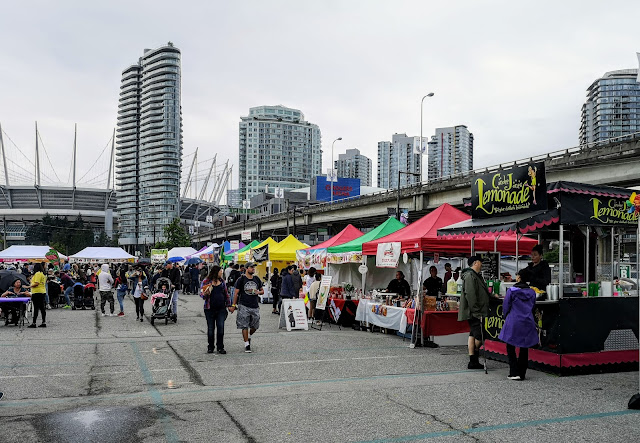 And just all kinds of things such that making a decision was a bit difficult. 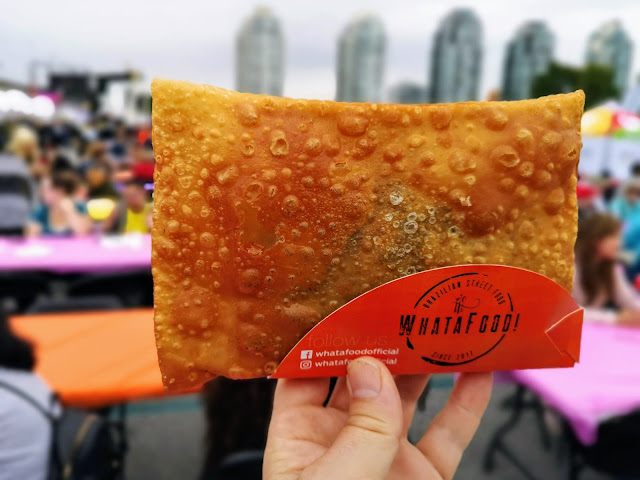 We decided to try a Brazilian Pastel from What A Food. These were deep fried pockets of whatever filling you chose. 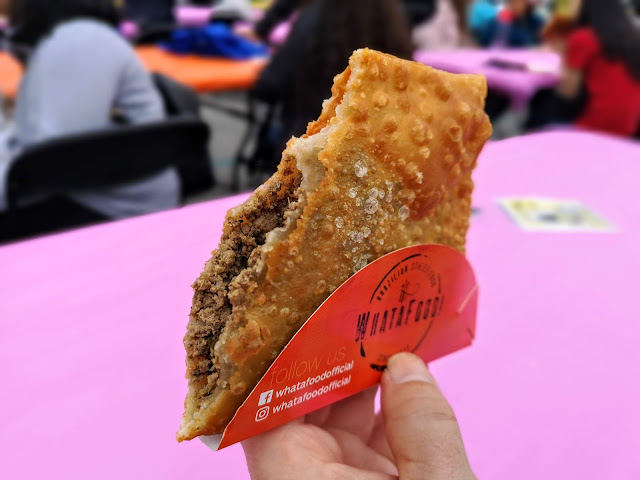 We chose beef and found that there was a decent amount of tasty but rather plain beef. It was hot (there was quite a line up here and so all orders were filled straight out of the fryer) and nicely priced at $8. 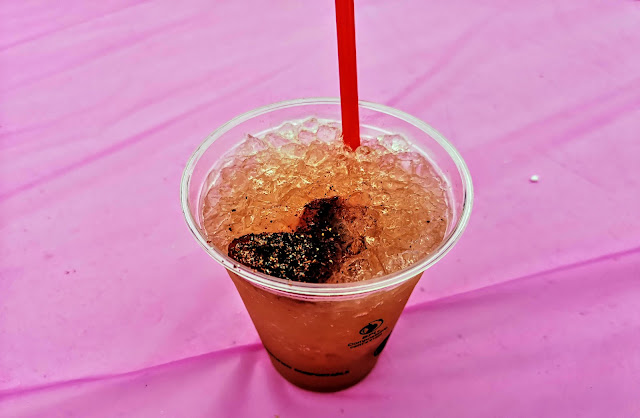 Elsewhere, I paid $7 for an inch of guava juice with a whole lot of ice. I wasn't thrilled with this transaction. The real problem though, is that we did not come hungry enough because there were so many other things that we wanted to try.. Don't make the same mistake. The Carnaval del Sol. continues today (Sunday July 7, 2019) and you should go!
By Yes! We're Eating Again! at July 07, 2019
Email ThisBlogThis!Share to TwitterShare to FacebookShare to Pinterest