So I have started listening to a local ice cream food podcast (Yes, there is such a thing. Or at least there was for 3 months in 2017) called Rain City Scoop. This mean of course, that we will be eating much more ice cream in the future (or maybe only for 3 months). That is both a good and bad thing. At least we'll be eating the best ice cream. 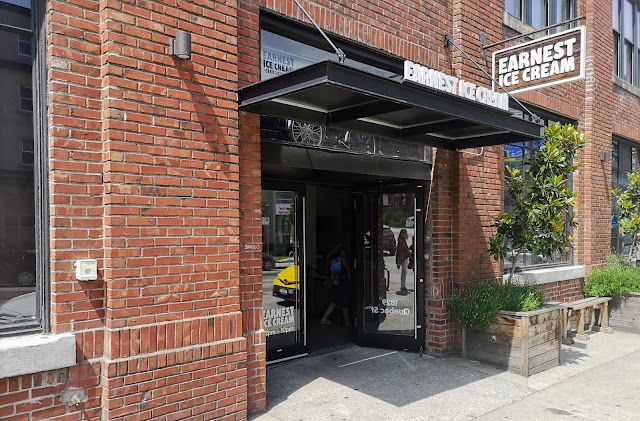 Earnest Ice Cream ended up being our first foray into the world of really, really good ice cream at the recommendation of Rain City Scoop. We stopped at the store on Quebec near East Second. I love the look of this place both inside and out. 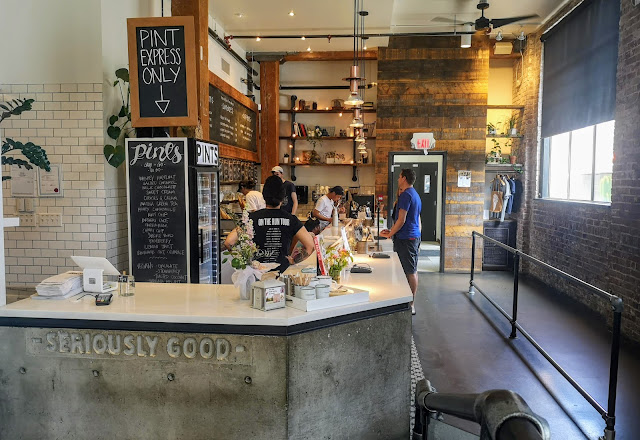 I am not sure when it became OK to spend $7.50 for an ice cream cone. The folks in the podcast took responsibility for this as millennials and said it may have started with Starbucks (not ice cream but just premium prices). I guess that I don't mind that much as it will keep us from buying ice cream every day and, at least, in this case, it means a very good experience. 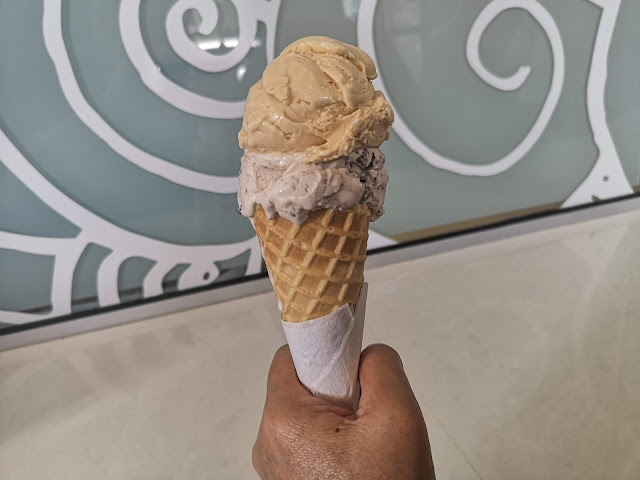 To be fair, the $7.50 was for a double in a waffle cone. This was some spectacular ice cream also. Marie chose Cookies and Cream and Salted Caramel. The available flavours change daily and are made in house. You can check their web site. In lieu of Vanilla, according to the podcast, they have what they call Sweet Cream. Artificial vanilla (99% of all vanilla) is a product which demands a process entirely unfriendly to the environment to produce. So Earnest has gone a different direction. 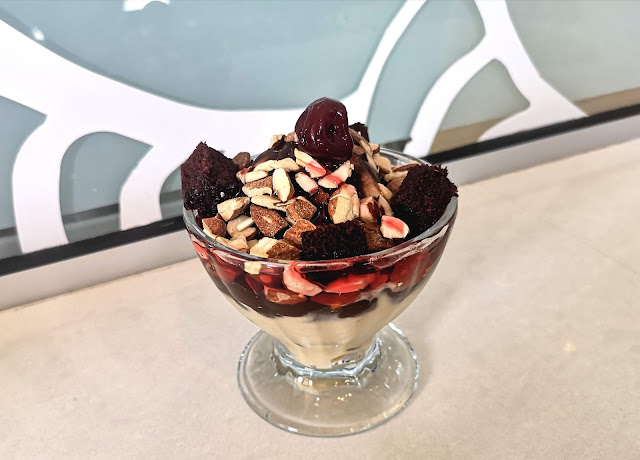 We also tried the Vegan Chocolate Fudge Sundae. This is not only for vegans but for the 15 to 30 per cent of North Americans who are lactose intolerant. Stop pretending that you are gluten sensitive (unless your doctor has confirmed it) and recognize the very real possibility that lactose may be messing you up. Again talk to your doctor instead of just consulting Web MD. Your stomach and your friends will thank you! I chose Peanut Butter vegan ice cream for my sundae (coconut cream based) and again, spectacular! The sundae was topped off with lots of chocolate sauce, strawberry sauce and nuts and of course, fudge! Again $7.50 but we're not going to eat one every day, are we? 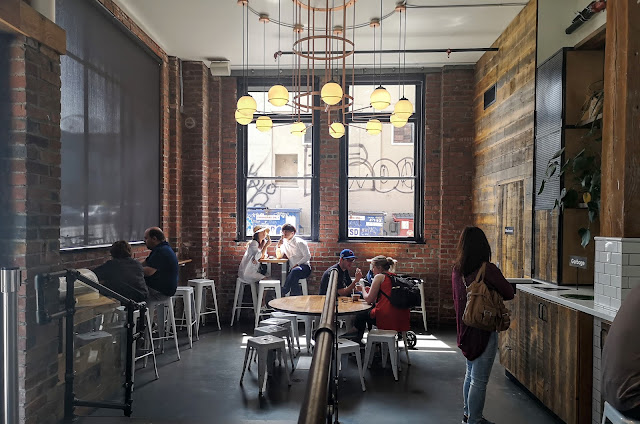 The folks I spoke to here were friendly and enthusiastic about their  product. When you go out for ice cream, make it an experience. For what it's worth we give Earnest Ice Cream 4 1/2 out of 5.

By Yes! We're Eating Vegan Again! at June 05, 2019
Email ThisBlogThis!Share to TwitterShare to FacebookShare to Pinterest