On the painful road from Langley to Newton (64th) I have many times noticed an Indian restaurant in a strip mall seemingly in the middle of nowhere. 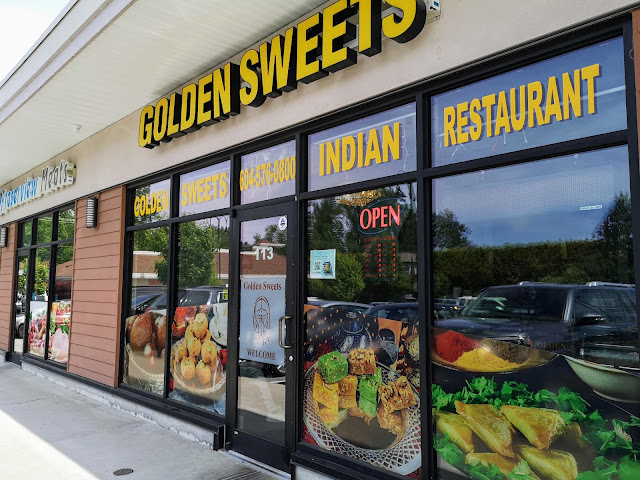 One afternoon, with no particular plan for lunch, it seemed like a good idea to stop because, well, is Indian food ever not a good idea? 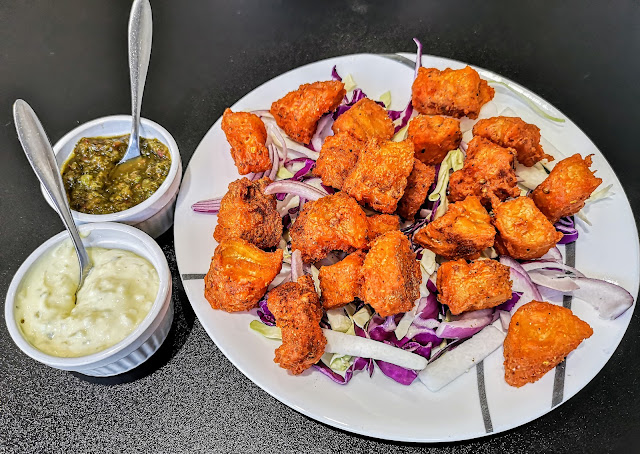 As usual, we showed little imagination in ordering, starting with the Fish Pakora. There is nothing on an Indian menu that I would not love but we seem to stick to our boring plan. I guess it allows us to compare one place to another. This was a generous serving for $10 and the chutney and what I would call tartar sauce served alongside were very good. We munched down all the onions, cabbage and daikon that were on the plate too! Call it a salad. 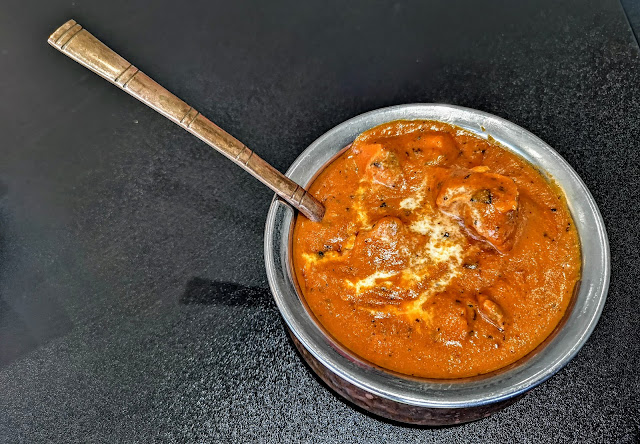 Butter Chicken is our next go to. It seems a little to me that Butter Chicken is like Indian food made for Caucasian people but I don't mind. Do you Indo-Canadian people love Butter Chicken also? This one was maybe a touch on the salty side but there was a pretty good amount of chicken making it chicken with sauce instead of sauce with chicken. 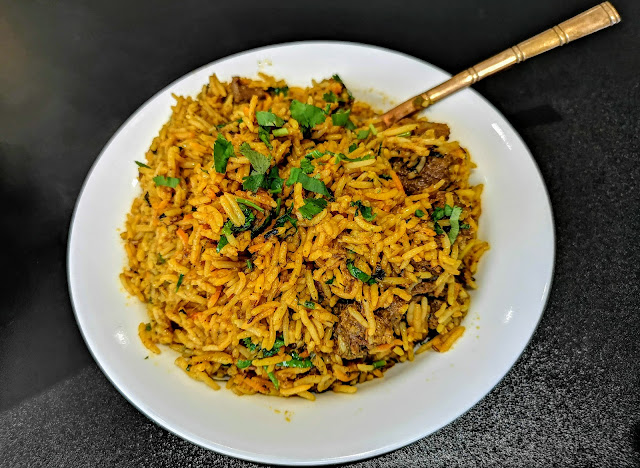 We tried their Lamb Biryani which was wonderful. Lots of tender lamb and very flavourful rice. 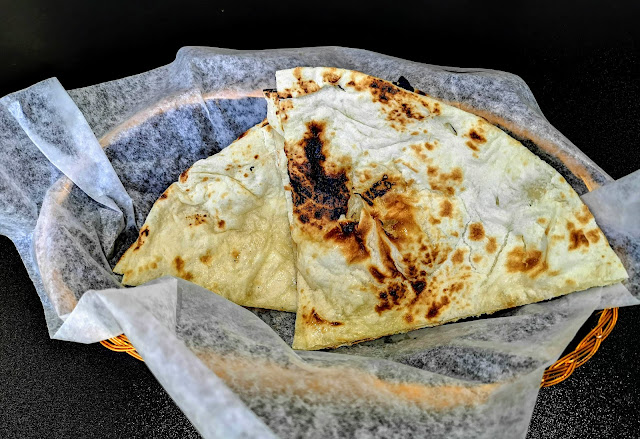 And of course Naan. This was pretty good and a bit charred which is what we want. It all came to about $40 and we had enough leftovers for my dinner the next day. Good prices and good food!
I enjoyed the fact that the food was served on Correll Living Ware circa 1970 (?). Do they still make that stuff? It launched me into some reminiscences about my Mother's kitchen. 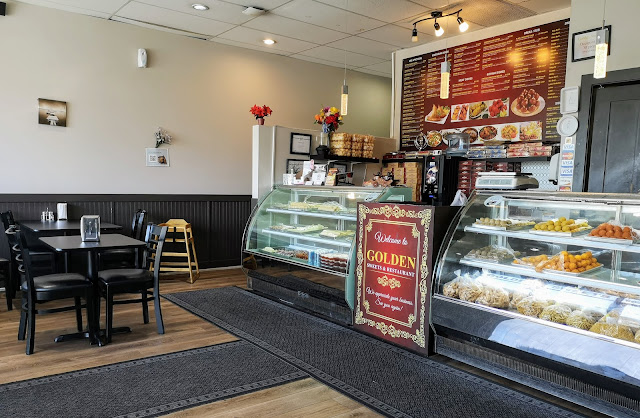 This is a comfortable enough place and our server was attentive and friendly. Next time consider stopping in instead of just driving by!
For what it's worth, we give Golden Sweets and Restaurant 3 1/2 out of 5.

By Yes! We're Eating Again! at June 08, 2019
Email ThisBlogThis!Share to TwitterShare to FacebookShare to Pinterest