Scoutmagazine.ca is a food, culture and travel website that maintains a list called, "Never Heard Of It". It is a list of not so well known but very good restaurants (if they were crap, there would be no point to the list, would there?) in Metro Vancouver. By the time I had discovered the list, I found that we had already eaten at a few of the places including Taste of Africa and Epic Grill Silogs and had others on our radar. What more noble goal than to work our way through the whole group? That's what brought us to Chong Qing Xiao Mian. Chong Quing is another region in China, adjacent to Sichuan and with similarly bold and spicy flavours. 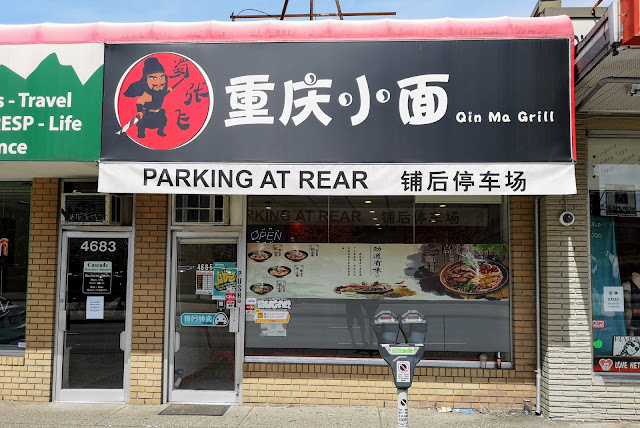 We would never have found it had Scout Magazine not provided the explanation that the shingle of the previous restaurant was still hanging above the door. Let's just say, across from Metro Town, north of the sex shop! We arrived as we often do, at the weird hour of 3 pm at the restaurant labelled Qin Ma Grill, and so had the place to ourselves. 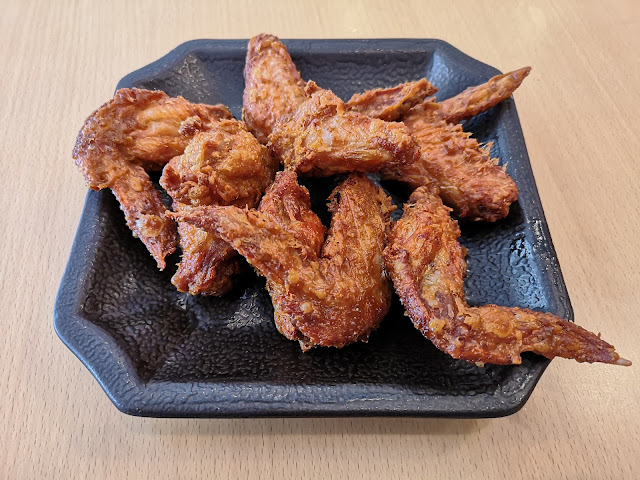 We started off with their chicken wings because every meal should have something deep fried. These were very lightly battered, very crispy and not over spiced. It put me in mind of the White Spot fried chicken of my youth and I mean that in a good way! We would order this again. 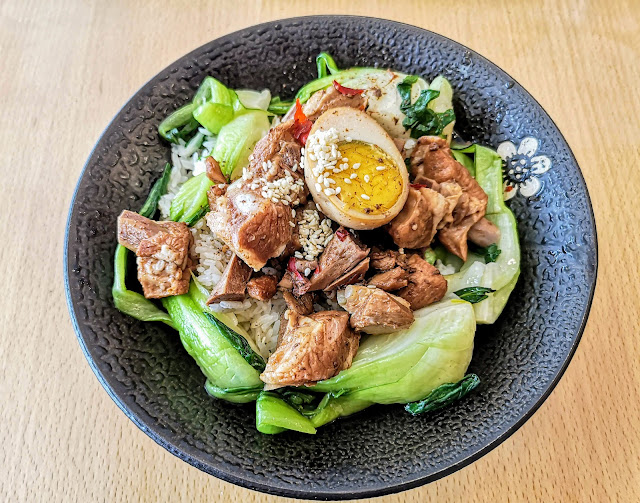 We had their Pork Ribs with Rice. Marie really enjoyed the bok choy, which seemed to have picked up the flavour of the spice mixture used on the pork and rice and was perfectly cooked al dente. The ribs themselves were tender and tasty. 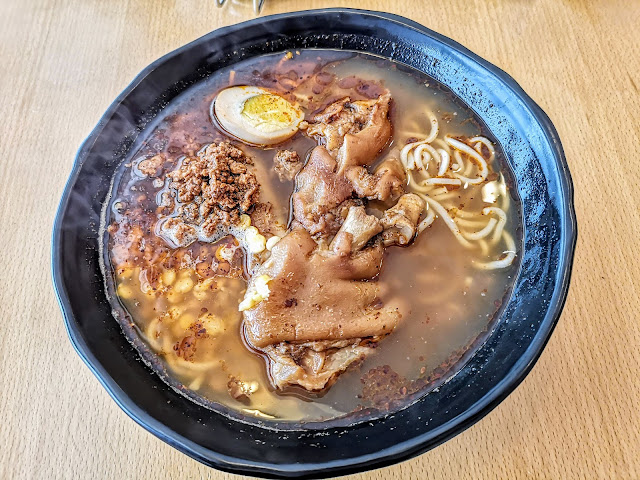 The Meat Sauce Noodle was our final dish and was very tasty. We asked for medium spice and this was just enough to impart some warmth while components were all memorable. The broth was rich and bold; complex in flavour. The meat sauce and the noodles were the perfect partners. This was outstanding. Several add ons are available including a pork foot for only $2.99 (with the soup). This was a fatty, tendony,  delightful addition that is not to be missed. We finished and left behind quite a considerable pile of bones that I would gladly tackle again. The restaurant is smallish. I have read that the lunchtime line up can be long but folks move through fairly quickly. I guess we can't really say, never heard of it as at least some people have. 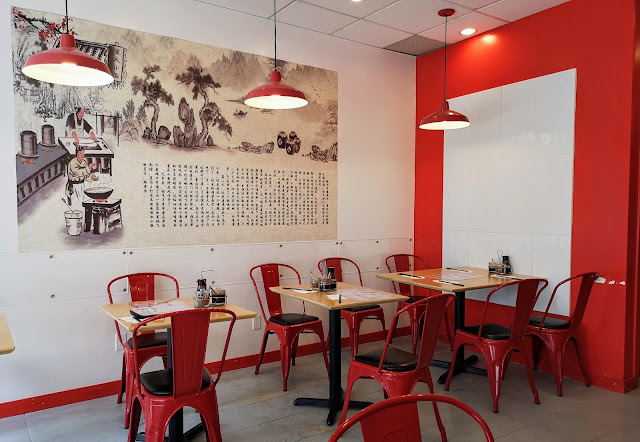 For what our opinion is worth, we give Chong Qing Xiao Mian (or Qin Ma Grill if you prefer) 4 1/2 out of 5.

By Yes! We're Eating Vegan Again! at May 21, 2019
Email ThisBlogThis!Share to TwitterShare to FacebookShare to Pinterest